Heart and Soul – An Education

In the 1940s, a good education was not widely available to the majority of the Saudi population. Realizing the advantages of a literate local workforce, Aramco built a small evening school in Al-Khobar to enable the learning of English. From amongst the students who attended on a voluntary basis, the company could select those showing potential to further their training at the company’s ‘Jebel School’ in Dhahran. In this second extract from his Memoir, Ali Al-Baluchi recounts the excitement of being selected whilst facing the subsequent challenge of proving his age to Aramco. 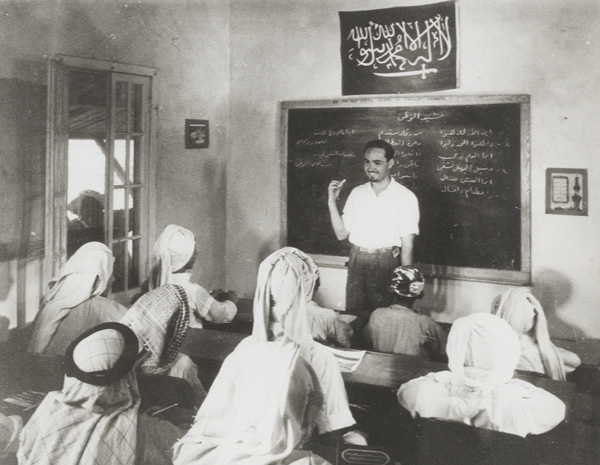 An Arabic class in progress in Aramco’s Jebel School, 1947–8. I enrolled as a part‑time student in 1947 and remember this classroom and the teacher, Mr. Fahmi Basrawi.

I can still recall that special night in early June 1947 when Mr. Hamza Amody, the principal at the Aramco night school, announced the selection of a number of students as potential candidates for employment at Aramco. I was thrilled to be one of those selected. More detailed information followed, and it included the news that we would also be enrolled at the company’s Arab Trade Preparatory School on a part-time basis, with the company undertaking to provide the necessary transportation to and from Dhahran. Mr. Amody asked us to share the offer with our parents and then let him know our answer the following evening.

My parents enthusiastically welcomed the opportunity afforded by this extra schooling since there was, at that time, just the one primary school in Al-Khobar, this only delivering education from first through fourth grade. The government offered students an opportunity to further their studies in Hofuf, but my parents were reluctant to let me go there as I was too young to stay there on my own.

The Arab Trade Preparatory School was popularly known in 1947 as the “Jebel School.” Jebel is the Arabic word for a hill or small mountain, and the school was so named because of its location in the shadow of the mounds left by the erosion of the Dammam Dome geological structure. Situated in the area used for the early Dhahran exploration camp, and close to the present-day Al‑Munirah Commissary facility, it was nothing very grand by today’s standards. Our trade school was housed in a coral-rock-and-plaster building that had previously been used as a bunkhouse. There were no asphalt roads to it at that time. 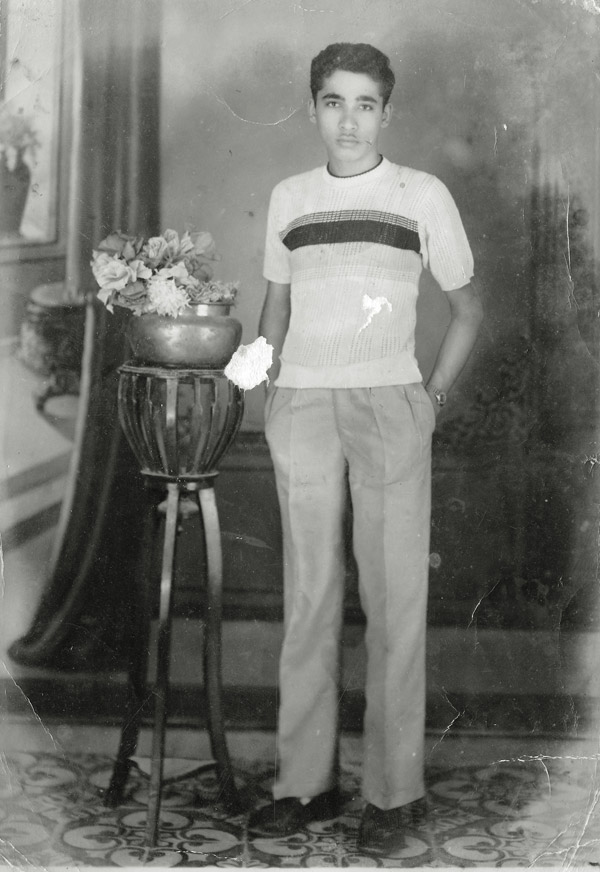 As a young man in Western-style clothing.

I believe I was in my early teens when I started as a student at the Jebel School. (As I have already indicated, there was some question over my exact date of birth.) The administrative assistant at the school suggested to me that I might need to increase my age, otherwise the oil company would not hire me as a regular employee or student. When I went home, I told my father about this age issue. The following day, he took me to Sheikh Hamad Al-Gosaibi, a prominent businessman in Al-Khobar. Sheikh Hamad asked his son, Suliman, to go with me to the local National Identity Office to tell the director there that he remembered when I was born.

When the director duly asked Suliman my age, he replied as instructed. The director accepted this and issued a new ID certificate with my birthdate as 1931. The Aramco Recruiting Office was most pleased to receive this new certificate because it was desperate to attract young Saudis to work for the company, especially those with some education, or at least those who could already read and write Arabic. That is how my date of birth became November 4, 1931.

Thus, I found myself attending the Jebel School on a part-time basis from September 1947. I was just a teenager, so I was pleased to discover that all my fellow students were also still only boys and not yet grown men. Although we were students at the company school, we were not Aramco employees — the company just provided us with free schooling for half days, with no salary or benefits. The company did, however, transport us each morning and afternoon between Al-Khobar and the school in a 4x4 truck. This truck was covered with a canvas tarpaulin to protect us from the dust and harsh sun and had hard wooden seats that were very uncomfortable. Still, the discomfort paled against the excitement of the new experience and the promise of a career with an oil company — at least we hoped a career would be at the end of it all. 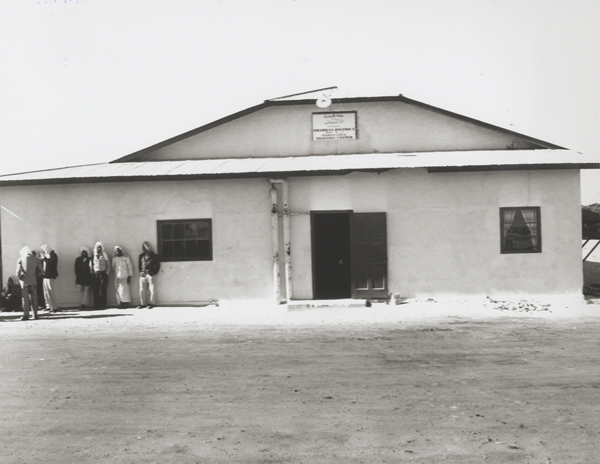 In Class with a Future Aramco CEO and Oil Minister

My first supervisor was Waddyi Sabbagh. He was from Iraq and held the position of administrative assistant at the Jebel School. He was well-equipped to take care of the students because he spoke Arabic, allowing him to help with interpreting between us and the Aramco supervisors and American teachers. We studied religion, English, accounting and shorthand. I was in the same shorthand class as Ali Al-Naimi, who progressed most successfully through his career to become the President and CEO of Saudi Aramco, and then the Kingdom’s oil minister for more than 20 years. Aramco arranged with the governor of the Eastern Province to assign a number of teachers of Arabic — some of those I remember were Hamad Al-Jassir, Mohammed Towfiq, Mohammed Shaibani, Saleh Maghrabi and Al-Malhouq.

Before attending the Jebel School, I spoke only the little English I had learned at night school, just a few words that were enough to help me safely get by. Most of my English was gained through the American teachers at Aramco’s Advanced Training Center and later by going to college in the United States.”

“Before we could be offered employment with Aramco, however, we had to complete at least one year at the Jebel School, starting each day at 7.00 a.m. and finishing at noon. These half-days of training, preparing us for a specific job, would continue for at least another year once we were employed. The Aramco philosophy was very clear: They were not providing education as a social service. Rather, they put you through a training program in order to meet specific job requirements. The company maintained this approach for a number of years but was eventually forced to become more flexible in response to the pressure of facilitating more Saudis into key company positions.