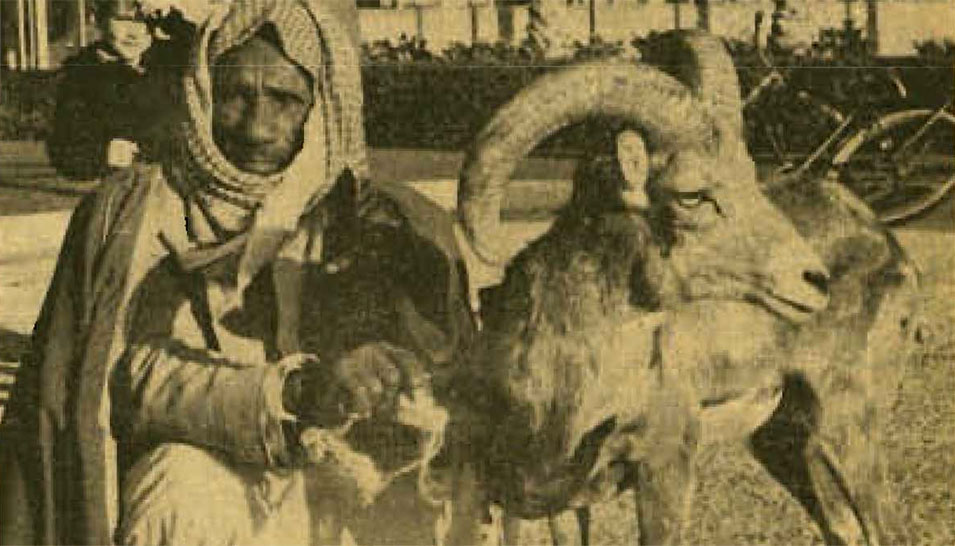 A wild sheep? A wild goat? Whatever it is, this rare find hails from the village of ash-Sharawrah on the southwest edge of the Rub' al-Khali. It was captured when young and raised by Salim ibn 'Ali al-Qahtani, a member of the Frontier Post.

He refers to the animal in Arabic as wa'l. A description has been sent to London to a well-known expert of Arabian animals and an exact identification is awaited. This animal is known to exist in many mountainous areas of Asia and statues and representations of its type are common on ancient monuments in the southwest of Saudi Arabia.

It differs, however, from similar animals found in northern Saudi Arabia and Jordan. This specimen, pictured outside the Dhahran Administration Building last Wednesday, was purchased by Mrs. Sue Thames on behalf of the board of directors of the Dhahran Arabian Horse Association and now has a new home at the local Hobby Farm. 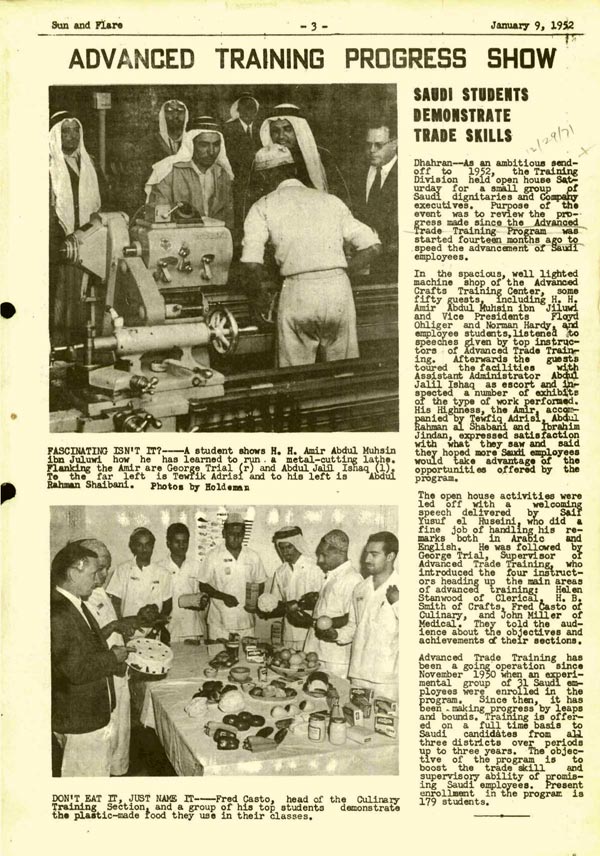