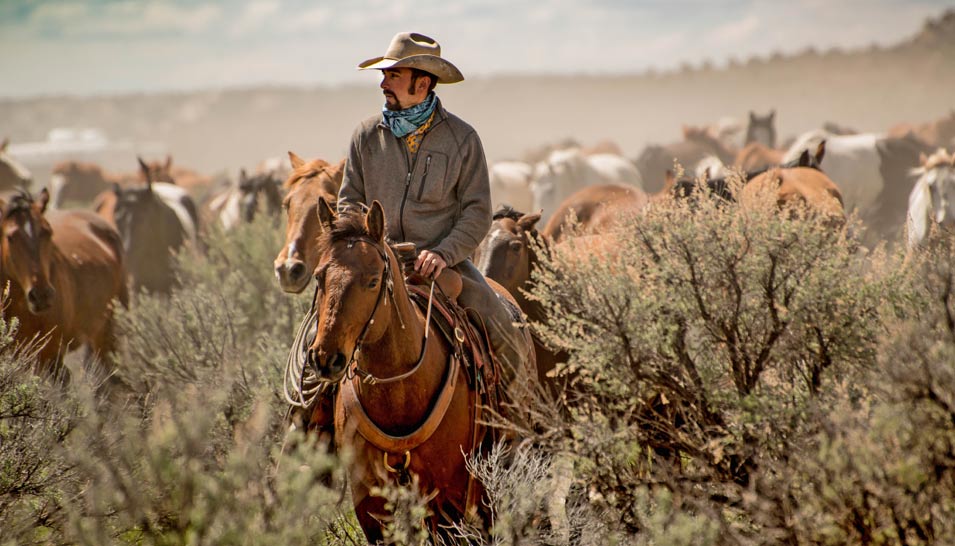 Richard W. Slatta is author of ten books, including Cowboys of the Americas, Cowboy: The Illustrated History, and The Mythical West. He has studied cowboy history and culture across the Americas for four decades and is currently in his last year as professor of history at North Carolina State University. Dr. Slatta holds a B.A. in history from Pacific Lutheran University and a Ph.D. in history from the University of Texas at Austin.

Recently, Dr. Slatta answered six questions relating to cowboys and the National Day of the Cowboy put to him by a member of the staff here at AXP who was once-upon-a-time a classmate of his when the world was much younger.

AXP : What are the cowboy’s chief contributions to American culture?

SLATTA : Interestingly, the cowboy comes to us in American culture through two very different images. One is the lone, strong cowboy hero, popularized in pulp fiction (Zane Grey, Louis L’Amour) and countless B-western movies. In this incarnation, the hero rights wrongs, saves the damsel in distress, and often has a very smart horse as a sidekick. Perhaps the most evocative depiction of the cowboy hero came in Shane, based on the 1949 novel by Jack Schaefer. The 1953 film starred Alan Ladd; Jean Arthur; and Van Heflin and remains well worth watching.

The contrasting image is a negative, pejorative one, characterized by recklessness, excessive violence, and even cruelty. In this context, “cowboy” becomes a disparaging adjective as in “cowboy economics” or “cowboy foreign policy.” The origins go well back in American politics. After William McKinley’s assassination in 1901, Republican party boss Mark Hanna blurted, “Now look, that damned cowboy is President of the United States.” Hanna referred to Theodore Roosevelt’s years as a rancher at his ranch near Medora in the rugged Badlands of North Dakota. More recently, both Ronald Reagan and George W. Bush had the cowboy epithet hurled at them by political critics. Overall, however, Americans and the rest of the world tend to gravitate toward the first, positive image of the cowboy.

AXP : One of your books is called Cowboys of the Americas. How do America’s cowboys compare with/contrast with the gaucho of Argentina, the huaso of Chile, the llanero of Venezuela—i.e., the “cowboys” from other countries? 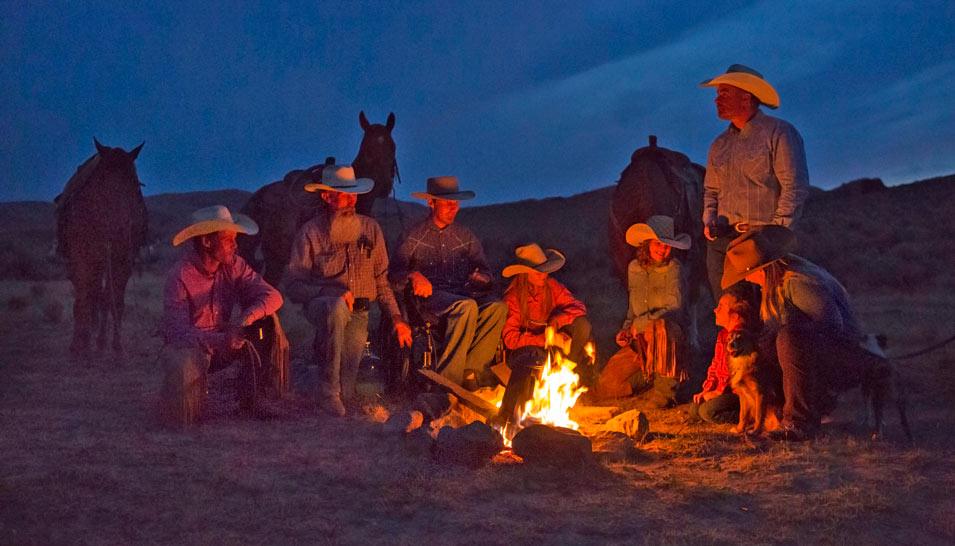 SLATTA : By comparing cowboys across the Western Hemisphere, I cast serious doubt on the venerable notion of “American exceptionalism.” I found strong similarities in cowboy cultures across cultures and nations. Many nations latched onto the cowboy as their quintessential national hero lauded in popular culture and politics. All gave rise to folk traditions in music and poetry. Owing to the Spanish origins common to all cowboys, we find strong similarities in dress, equipment, lingo, and ways of working cattle and training horses. The vocabulary of ranchers and cowboys in the United States is filled with terms of Spanish origin: lariat, buckaroo, lasso, ranch, and many more. Of course, some differences also arise, something detailed in Cowboys of the Americas.

AXP : What is your favorite little-known fact about the cowboy?

SLATTA : I find the reality that many cowboys were poets at heart very refreshing. This larger-than-life he-man hero liked to create and recite poetry. Thanks to countless poetry gatherings, beginning at Elko, Nevada, in 1985, we have reclaimed and greatly expanded the cowboy’s vast body of poetry. Some of my personal favorites that you might enjoy include: early twentieth-century poets S. Omar Barker, Charles “Badger” Clark, Curly Fletcher, Gail Gardiner, and Bruce Kiskaddon. More recent practitioners include Wallace D. McRae, Baxter Black, as well as cowgirl poets Linda Hussa, Jane Morton, Debra Coppinger Hill, and Dee Strickland Johnson, aka “Buckshot Dot.”

AXP : I’ve read that camels were unsuccessfully introduced into the American West. Can you comment on that for our Arab readers?

SLATTA : I’ve spent four decades studying horses and cattle and people who worked them. I cannot claim any expertise on the ill-fated attempt to introduce camels to the American West. However, Chris Heller did a delightful job on the topic for Smithsonian Magazine (August 6, 2015). I heartily recommend it.

AXP : What’s your favorite western “cowboy” movie and why?

SLATTA : This is a toughie, as I still watch DVDs of dozens of old-time westerns. In fact, in the early 1980s, I helped organize the “Western Film Preservation Society” in Raleigh, North Carolina. I’ll plug Lawrence Kasdan’s Silverado (1985) as my favorite. It pays homage to countless traditional cowboy themes, playfully but respectfully. Lots of the plot and action are as unlikely and unreal as in old B-westerns, but the magnificent cast brings cowboy heroics to life: Kevin Costner, Kevin Kline, Scott Glenn, Danny Glover, Linda Hunt, Brian Dennehy, Jeff Goldblum.

AXP : Have you any suggestions for people pushing for Congress to declare the 4th Saturday of July National Cowboy Day?

SLATTA : First, the date is appropriate as July is a popular time for rodeos throughout the country, events where cowboys and other ranch folks gather in great numbers. In today’s climate of ultra-technology and standardization, the cowboy stands out for his individualism and willingness to “ride for the brand,” to do whatever it takes to keep his word and get the job done. Cowboy poetry and song provide a wealth of folk wisdom as relevant today as it was a century ago. Internationally, the cowboy, along with jazz music, is the best-known icon of our country.

Click the links below for more information about Richard's books. 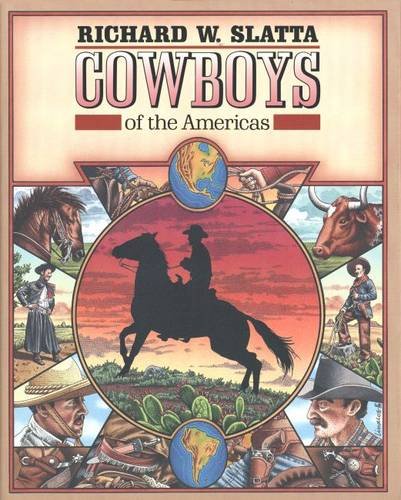 Cowboys of the Americas 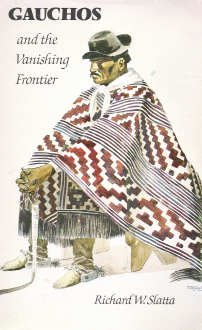 Gauchos and the Vanishing Frontier 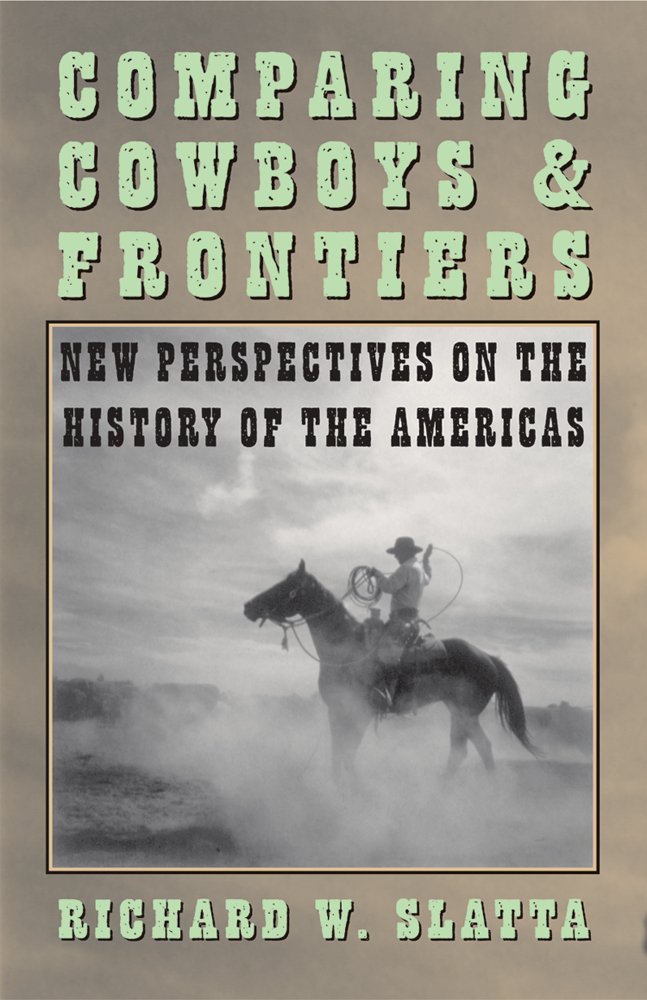 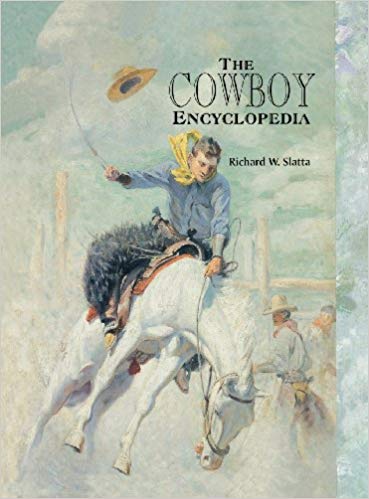 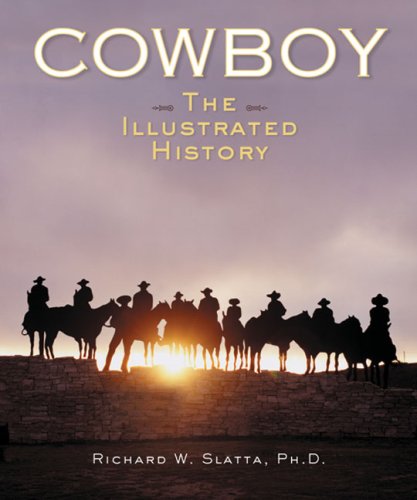 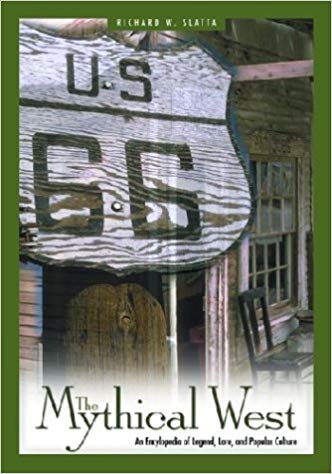 The Mythical West: An Encyclopedia of
Legend, Lore, and Popular Culture