Recognizing the Cowboy, Preserving a Legacy

The cowboy is an icon of American culture, every bit as much as is baseball or the log cabin or apple pie. Cowboys, indeed, are one of the first things people think of when an American traveling overseas tells someone they’re from America. “Oh, you must be a cowboy (cowgirl, in my case, thank you).”

“Well, actually, I’m not,” I typically reply, “but some of my ancestors were.” Extensive research into family history has yet to prove or disprove that assertion.

In contrast, many an Aramcon I knew in Arabia was of genuine American cowboy stock, was proud of it, and could easily prove it, hailing as they did from states like Texas and Oklahoma, Wyoming and Montana, Colorado and Utah, New Mexico and Arizona, states where cowboys have ridden the range, herding cattle and keeping alive a distinctive way of life for generations. Recognizing the spirit of the American West, AXP is pleased to feature this week an annuitant and genuine present-day cowboy, Ted Valentiner, Jr. The grand tradition of the American cowboy lives on today thanks to men like Ted. One of his biggest goals is to see that all fifty American states take the action necessary to officially recognize the legacy and contributions of the cowboy.

Ted—Badge Number 095206—came to the Kingdom in 1977, where he served for 27 years as a Project Liaison Coordinator in the Aramco Purchasing Department, calling Dhahran home until retiring in 2004. Today Ted lives with his wife, Linda Shannon, and his horse, Whiskey Pete, in Whitefish, Montana. Montana, known as “Big Sky Country,” is every inch Cowboy Country 321 miles north to south, 559 miles east to west. Of the fifty states, only Texas, California, and Alaska can claim more territory, and few if any can match Montana in number of cowboys or in their appreciation for this special breed of person.

Like so many of his ExPat colleagues, Ted was drawn to KSA by the opportunity working for Aramco gave him to travel and see the world. A cowboy to the deepest roots of his being, Ted spent memorable time in Arabia involved with the Hobby Farm at Dhahran. That is one of his favorite memories of Saudi Arabia, along with the many friendships he formed with people from all around the world, some of which he maintains to this day. 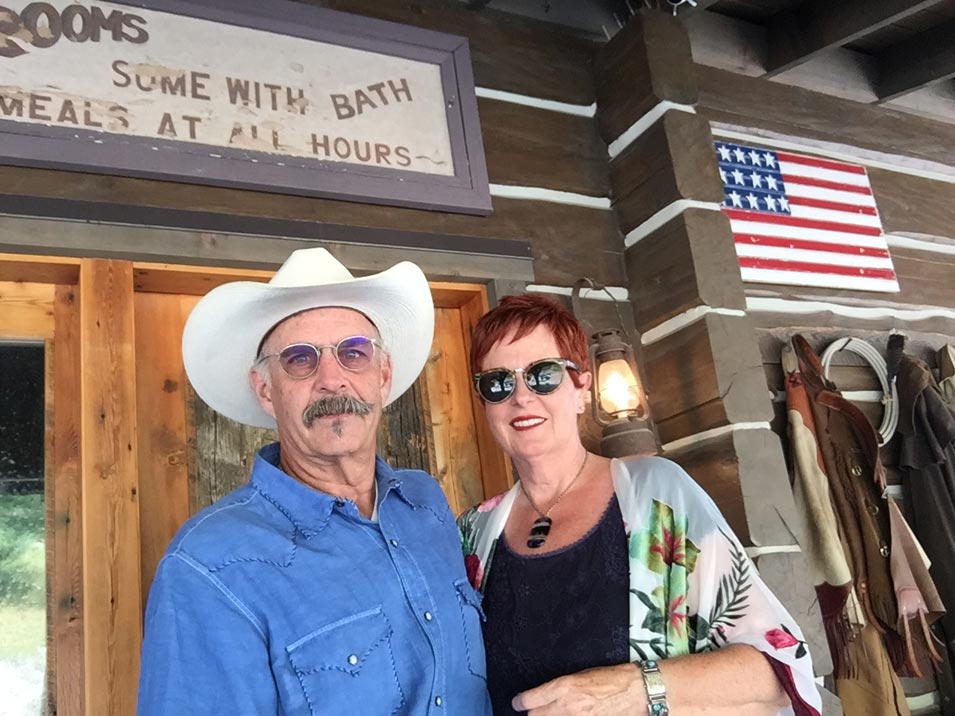 Aramcons are known for their passion for their work, a commitment annuitants like Ted carry with them into retirement. If anything, Aramco ExPat retirees become even more passionate about their interests after returning home from the Kingdom. Ted is a perfect example of this phenomenon.

For some time now he has been part of a nationwide effort to have US Congress designate the 4th Saturday of July as official “National Day of the Cowboy.” Thus far, legislatures in 12 states—not all of them considered cowboy hotbeds—have signed on to the program since it was launched in 2005, including Wyoming, New Mexico, Texas, Illinois, Florida, California, North Carolina, Georgia, Nebraska, Arizona, Idaho, and, most recently, Indiana. At the moment, Ted’s working hard to convince his own state’s legislature to come on board.

If you live in a state that has not yet endorsed National Day of the Cowboy, Ted encourages you to join the cause. That includes contacting your representatives on both the state and national levels.

A good place to start is the National Day of the Cowboy website, where the motto is, “Preserving Pioneer Heritage and Cowboy Culture.” Click the button below:

And don’t forget Ted. He’d be delighted to hear from his colleagues and friends from his days in the Kingdom. You can reach him by email at [email protected], while his home address in Big Sky Country is 704C E. 13th St. #425, Whitefish, Montana 59937 USA.