by Muhammad A. Saber

The joint response team assembles in a local hotel facility and transforms the room into a unified command center, using live streaming to various Emergency Command Centers across the company to provide a prompt response to the simulated oil spill crisis near Jazan. 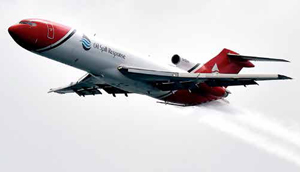 Jazan — In line with Saudi Aramco’s efforts to enhance the safety and protection of the environment of the Red Sea, and to ensure that preparedness to respond to incidents is vigorously maintained, the company recently carried out a major oil spill drill along oil tanker shipping routes in the southern part of the Red Sea.

The two-day drill’s objectives included the involvement of government authorities, demonstrating the capabilities of a specialized aircraft and acquiring an outside (third party) assessment for the drill.

The drill simulated a response to a crude tanker incident and was conducted by a joint team that was led by Saudi Aramco and included the participation of some 18 major non-Saudi Aramco entities.

Upon initial notification of the “incident,” the joint response team assembled, using a local hotel facility as a unified command center with live streaming to various Emergency Command Centers across the company through Information Technology (IT).

The response team was divided into working groups to effectively handle the various aspects of the incident, including command, planning, operations, logistics, ship salvage, and other support. The structure was in accordance with the internationally adopted Incident Command System.

The drill simulated a response to a tanker incident while in international waters, resulting in a fire, breach to the hull, an oil spill, and crew casualties. The tanker was stabilized, then brought to safety in the Jazan port. However, the response team had to combat a major crude oil spill of 250,000 barrels, due to an assumed open breach in the ship’s hull along three cargo tanks. 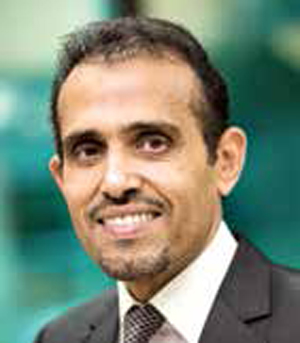 Saudi Aramco’s Oil Spill Committee chairman and vice president of Industrial Services, Abdulhakim A. Al-Gouhi, commented on the drill, saying that although it is part of a series of emergency response drills that the company regularly conducts at all operating areas, it is a first in terms of magnitude and level of participation from government authorities.

The drill represented a real test of the company’s capabilities, as well as cooperation and coordination with major stakeholders in emergency and oil spill response — both in-Kingdom and globally.

Al-Gouhi added that the committee charter includes ensuring that Saudi Aramco is ready to respond to potential oil spill incidents anytime and anywhere across its operating areas. 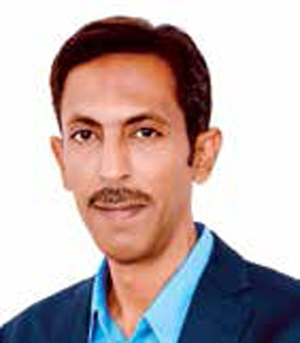 Khalid A. Al-Mohsen, Saudi Aramco acting manager of Marine, emphasized that the drill is an integral part of Saudi Aramco’s emergency preparedness activities, but on this occasion it featured unprecedented collaboration with the 18 non-Saudi Aramco major participants.

In addition, response team members were responding to drill activities as if they were real, which allowed for an actual test of response plans and resources.

Western Region Distribution manager Abdullah M. Al-Ghamdi said the safe and environmentally friendly operation of the Jazan Bulk Plant facilities are of utmost importance to Saudi Aramco as they are the main supplier of petroleum products to the southern region of the Kingdom. He said the drill was very important and timely, and noted that significant resources had been deployed to support it.

Government Affairs-WP manager Sulaiman A. Al-Jared highlighted the sensitivity of the Jazan area and its critical importance to the Kingdom. He added that the drill demonstrated to the various government officials the wide range of capabilities and resources that the company maintains, as well as the high level of training of the response personnel.

Fehr F. Khomais, Global Oil Spill Response acting director, pointed out the importance of conducting this major drill is to test the level of synergy in responding to such emergencies between all participating sectors, and highlighting any areas of improvement to achieve utmost readiness to responding to real emergencies.

Ultimately, the substantial joint effort put into organizing this successful drill has resulted in significant outcomes, which includes the clarity of response activation process, segregation of overlapping responsibilities, and a recommendation to update the national plan for marine disasters.

By air, by land, and by sea, Saudi Aramco and a host of other governmental and emergency response agencies took part in a huge oil spill drill held recently in the Red Sea. The twoday drill’s objectives included the involvement of government authorities and acquiring an outside (third party) assessment for the drill.
Under: Pipeline
Share This:
comments powered by Disqus