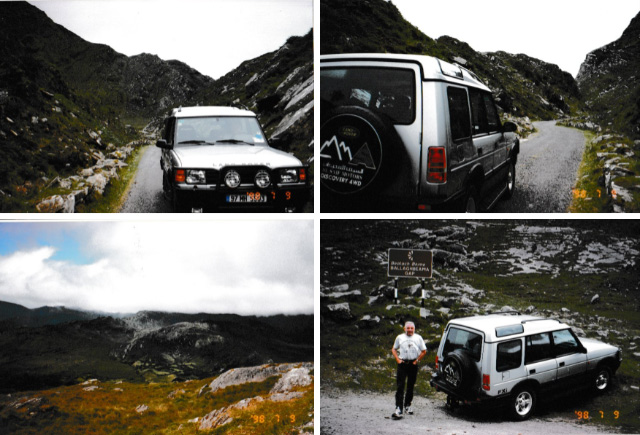 Ireland mountains and back roads. A big change for the Land Rover

The ferry arrives at Dublin docks in the dark and rain. The ferry docks and we bump down the ramp onto Irish soil. It's lashing with rain and it's windy. We wonder why we left sunny Saudi for this.

We stop at the police checkpoint at the exit of the docks where, without leaving their shelter, two Guards, Irish policemen, lean out the window and ask if we have passports and if so, for what country. We yell back at them, “yes, we have a Canadian and an Irish passport.” They take our word for it, and without us showing the passports and without them leaving their shelter, they wave us through. We are a bit surprised at how easy it all is when it is considered that the Land Rover Discovery has the steering wheel on the wrong side, for Ireland, with Arabic number plates and huge spotlights on a bull bar. We do not see any customs people, which is another surprise but then it is Ireland and it is early, cold, wet and dark. We drive out of the docks and out of Dublin. We join the N3 for Navan and Noinin’s mother's house. 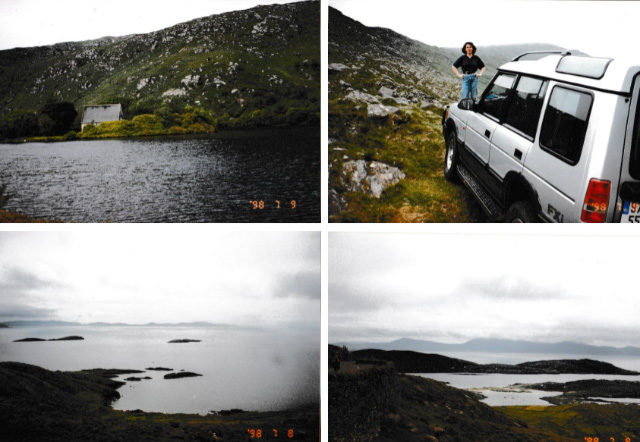 Noinin's very pleased to be home, Ian is missing the sun

Noinin’s excitement is at a busting point when we pull up outside the gates of the house and find they are locked! We try yelling but no one hears us, so in lashing rain, Ian climbs over the gates and bangs on the door. Noinin’s mum answers and lets us in.

A week later, when the Government offices reopened after Christmas, we inform them that we are importing the Disco into Ireland and presented them with the documentation. Having the Saudi Land Rover registration papers, bills of sale, etc. and the English translation, signed and certified by the Irish Embassy, is a huge help. The officials are well-informed and know all about the procedures in other countries. Insurance was arranged and the road tax was paid before we obtained papers for the Irish registration number. We are informed the truck needs to be inspected and certified before it can be registered but we could continue to use our Arab number plates. Some weeks later the customs people dropped by Noinin’s mother's house to inspect the Land Rover but as we were not there the inspection could not be conducted. The following day, after a short telephone call it was agreed that the Land Rover Discovery did not require an inspection. The next day the papers arrived in the mail and the number plates were purchased and installed.