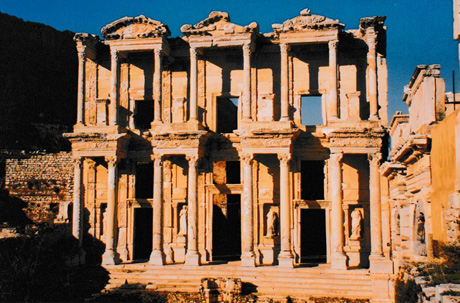 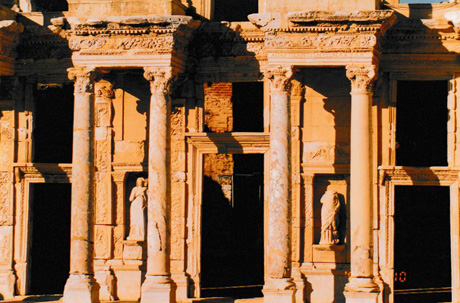 Once back in the Land Rover Discovery, we head off down more mountain roads to Selcuk, a small town close to the ruins of the famous Roman settlement of Ephesus. We have read about the area and the small Hotel Kalahan, which is well known and is reported to be a very interesting and famous guest house. In the guidebooks, it is highly recommended but reported to be difficult to get into as it's very busy. We arrived to find they have cancellations and we are able to get a room for the night. As it is December and off-season, the rate is a reasonable $35 including breakfast and lots of character. It is a very cozy and interesting place. December did make it a lot easier to obtain places to stay and there are fewer crowds than can be expected in the summer.

That evening we walk around the town in the dark and cold, have a light meal with a couple of beers in the hotel in front of an open fire, and watch the other guests. A very interesting bunch from all around the world, speaking many different languages. This guest house is one we really recommend if you can get in. 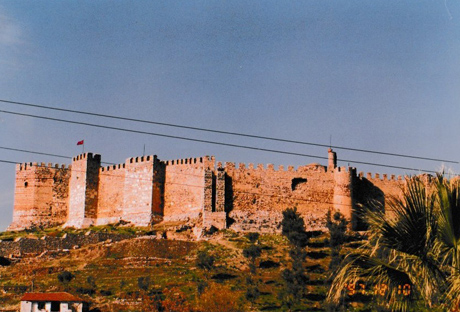 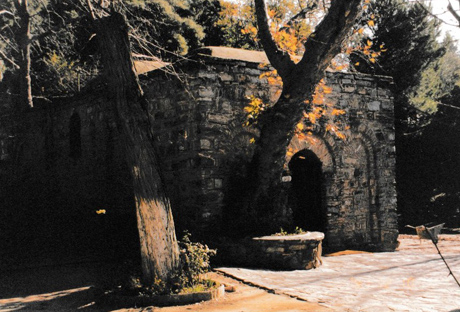 Selcuk has a large castle on a hill overlooking the town, and we drive past it early the next morning just as the sun is rising. We then turn down a side road to the gates of the ruins of the Roman town of Ephesus. On the grassy area at the front gates, some local bagmen bug us a bit but then go off after easier pickings in the form of a group of Japanese tourists. We spend the morning walking around and looking at this very impressive and interesting old Roman city. At noon, we remount our home on wheels and drive over to Meryemana which is a site with a small church and a notice board that states that this is the burial place of Mary Magdalen. We discuss this but are unsure. 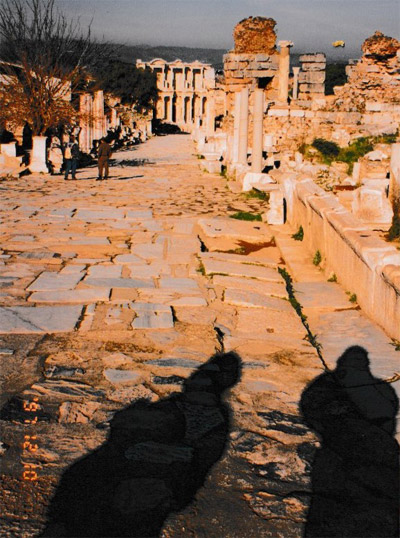 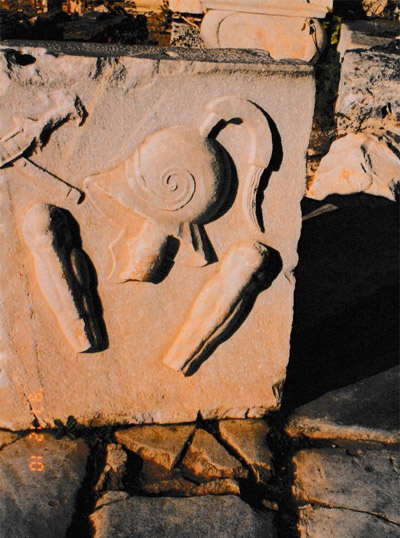 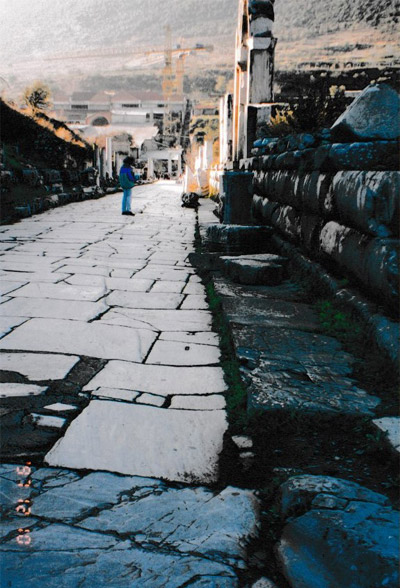 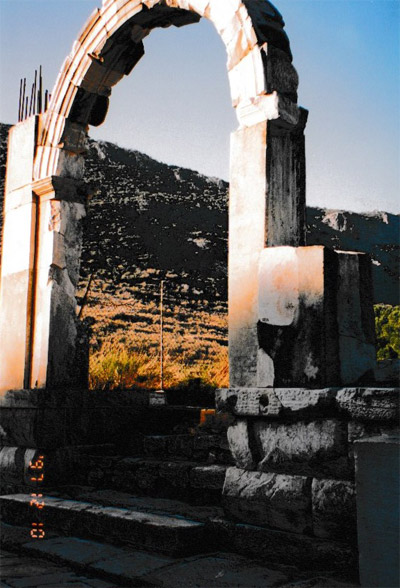 We leave Selcuk in the late afternoon and drive north passed the town of Izmir and onto the town of Manisa on a busy road with lots of heavy trucks. Driving along this broken road, a stone is thrown up from the rear wheel of the truck in front, hits the front window with a loud ‘bang’, and smashes a hole through one layer of the laminated screen. With these terrible roads, this was bound to happen and we are lucky the screen is still intact and we can continue. We pass through the town of Akhisar and drive down from the mountains to pass through the towns of Balikesir, Susurluk, Karacabey, and Uluabat. We pass a lake on the right of the road where we stop for our usual snack and tea. At 1800 (6 pm), we arrive in the town of Bursa and try a number of hotels before we are able to rent a room in the Hotel Delmont for $70. It is not great and not recommended, but it is close to the center of town, which enables us to walk around the place in the cold evening. We meet some girls who test their reasonable English on us, then buy cheap bottles of vodka and raki. This, along with kababs bought on the street, provides dinner and we enjoy a private party back in our warm hotel room. 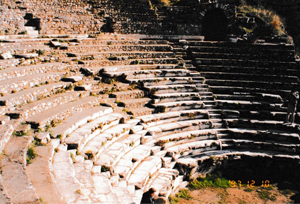 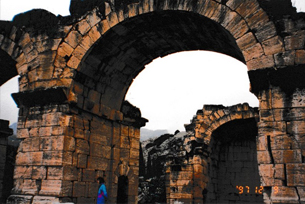 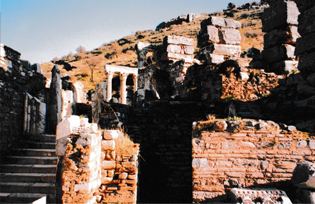