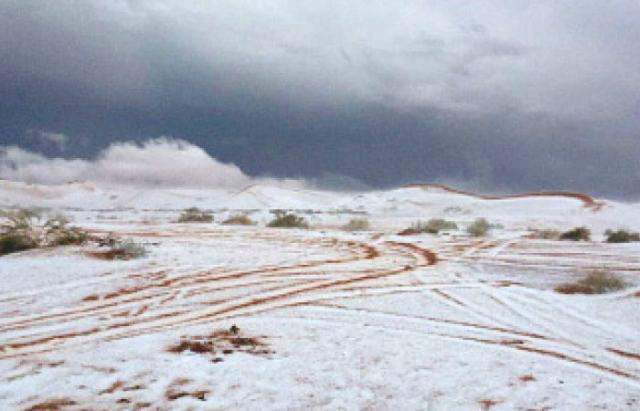 Tabuk — White and brown merged into one color as snow covered the desert sand in central and northwestern regions in Saudi Arabia after temperatures dropped below zero degree Celsius.

In the central city of Shakra and the northwestern city of Tabuk, thin layers of snow carpeted the ground.

Professor Abdallah Al-Musanad, professor of climate science at Qassim University, told Alarabiya.net, that rainfall is expected by the end of this week in all of western, eastern and central Saudi Arabia.

He said this is “the second rainfall this season,” even though 40 days have passed since the end of rain season.

— Reprinted with permission of the Saudi Gazette.