One Woman's Love for Saudi Arabia 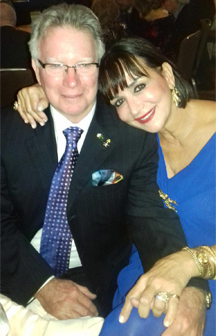 Ron and Iro at the
2016 Hafla Reunion 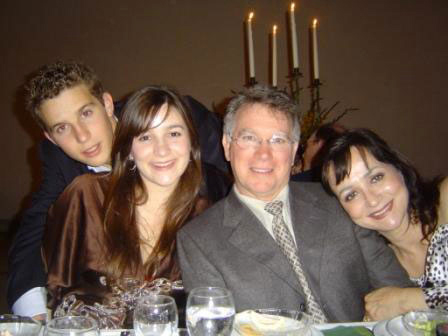 It's not everyone that has a grandchild named "Agapi." Iro Smith does, reflecting her Greek heritage. Agapi is the Greek word for love. How better to name a child?

Iro joined Saudi Aramco in 1982 as a casual, obtaining her work permit in only five days, and worked there for 27 years before retiring in 2009. Her husband Ron offered her the chance to move to the Kingdom from her native Greece and she happily accepted it. Ever since, Saudi Arabia has continued to be her home in her heart, wherever else in the world she and Ron have lived. Presently they have homes in Bahrain, Greece, and Texas (Houston). Today she travels constantly, exploring new places and meeting new people.

Iro attended the recent Monterrey reunion and looks forward to the day when a reunion is held in Greece.

Iro's love for life in Saudi Arabia is boundless. "I only feel truly happy," she writes, "when I am in Dhahran."

She has glorious memories of raising her three children there—Christine, Lorraine and Andrew—and of forming countless close friendships to last a lifetime, of the peace and joy she felt in the warm and sheltering environment created by Aramco for its expats. Memories like those never die. Iro promises that she will fully devote herself to making sure she continues to visit the Kingdom as often as possible in the future.

Iro invites former friends to write her and let her known how they're doing. Her email address is: