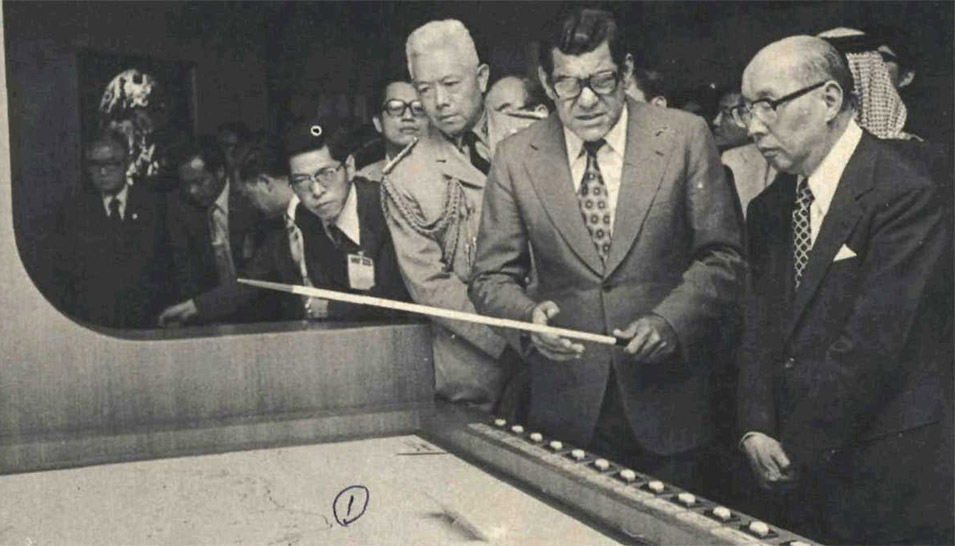 President Yen Chia-Kan of the Republic of China and his accompanying delegation view displays under the guidance of Ahmad Lughod of Public Relations.

Here’s a few headlines looking back over the decades. 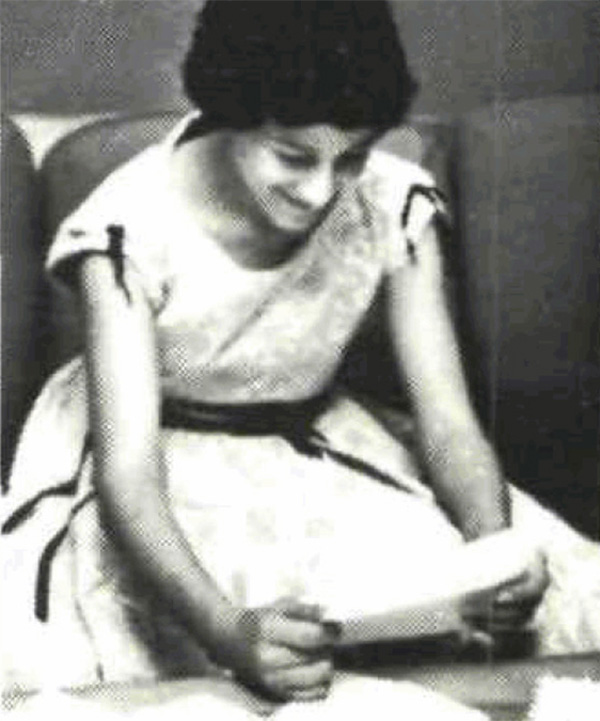 Probably the most popular “pen pal” in Dhahran is Maha Kasim, who recently received 21 letters from children in the United States.

The reason for this deluge of mail was an article “Life in an Aramco Town” by Maha as told to Stephanie Dinkins, published in the Junior Scholastic April 12 issue.

Maha, the daughter of Jamal Kassem, was born in Palestine but has lived with her family in Dhahran for more than five years. Delighted with her new correspondence, she has already answered all the letters. 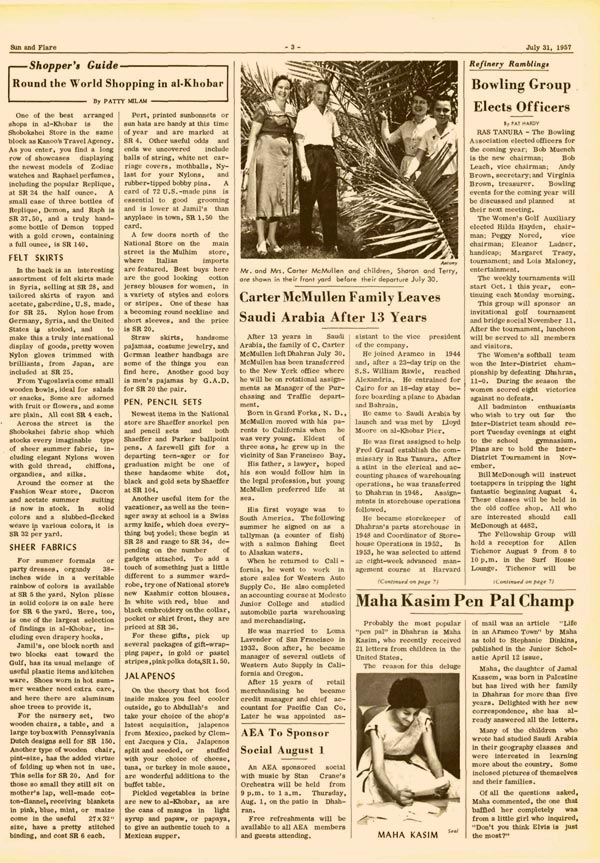 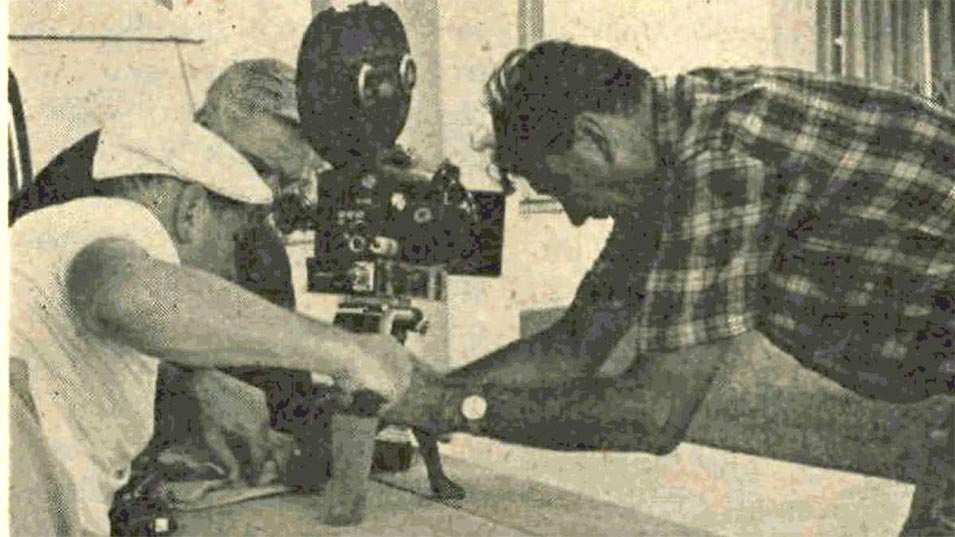 At work in the Eastern Province this week is a National Geographic Magazine documentary motion picture team filming sequences to be included in a prime-time U.S. television production on Saudi Arabia today.

Faces of this group may appear familiar to many Aramcons, for this same team has produced many Aramco-made films, including “Island of Allah,” “Miyah,” “The Explorers,” and “The Science of Oil.” 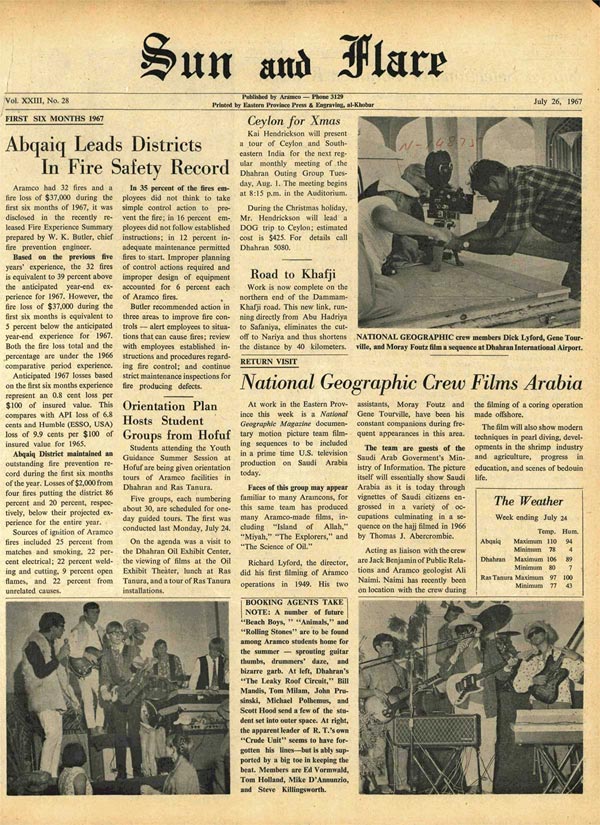 President Yen Chia-Kan of the Republic of China arrived in Dhahran last Wednesday following an official visit to Riyadh, where he met with His Majesty King Khalid and other high-ranking Saudi officials.

During his one-day stay here, president Yen was given a tour of the company’s installations in Ras Tanura and the Oil Exhibit Center in Dhahran, where he and members of his accompanying delegation 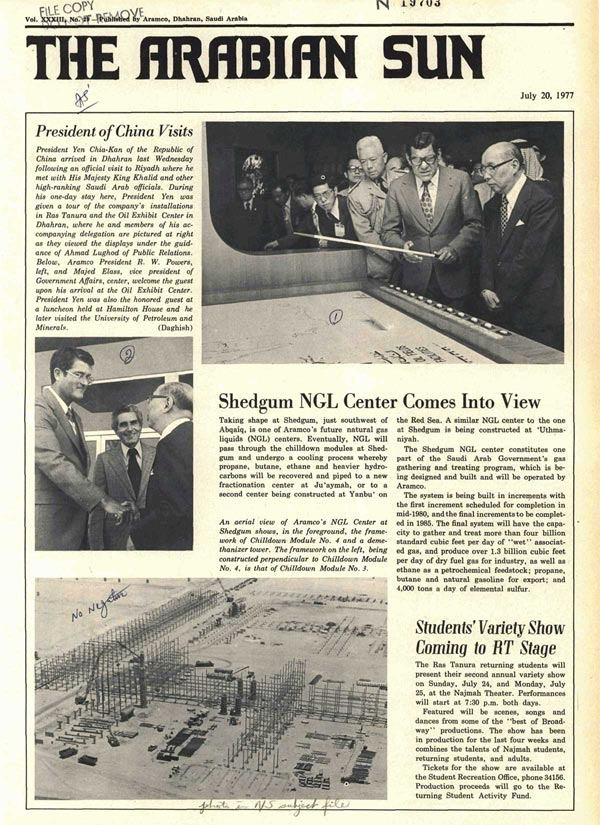 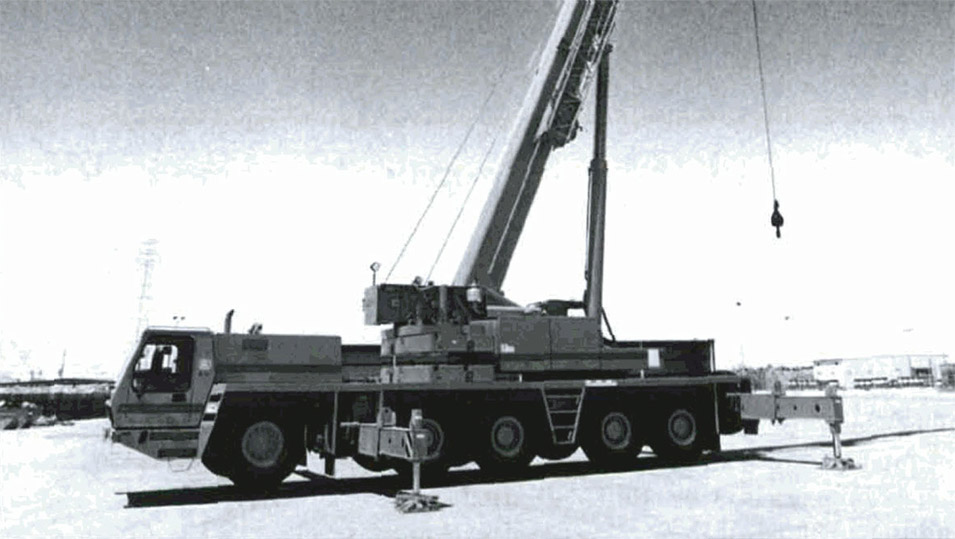 This state-of-the-art crane is equipped with new technology features that increase its versatility and capability in performing critical lifting tasks more safely and productively than conventional cranes.

The crane can be driven on all terrains because of a newly introduced suspension system that gives each wheel independent suspension and support, thereby eliminating conventional crane axles. 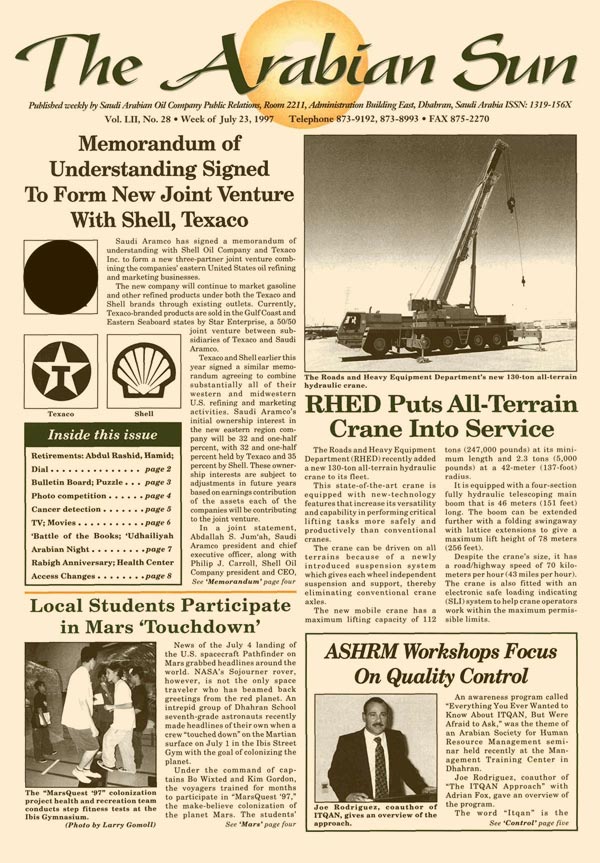 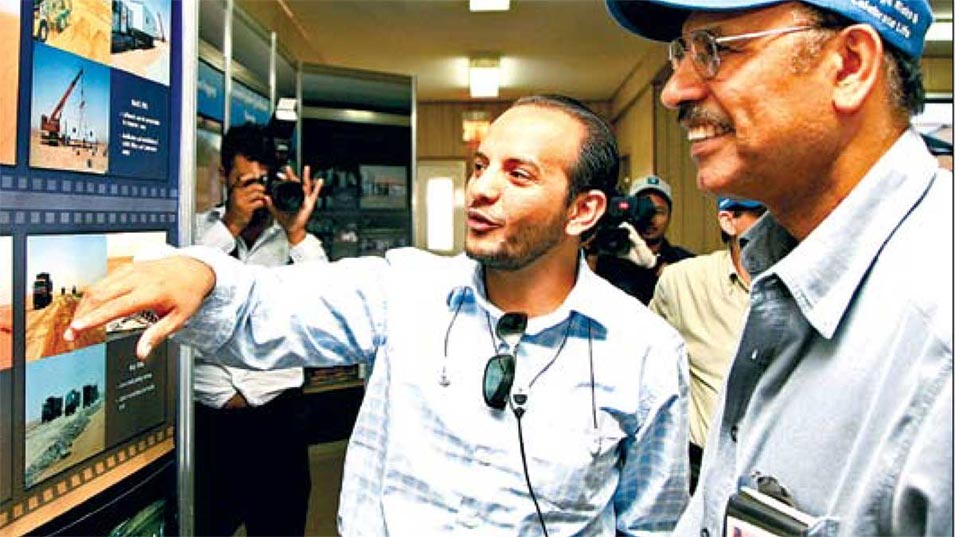 Saad A. Al-Qahtani, a communications engineer overseeing construction activities for permanent communications in the Khurais Residential and Industrial Complex and the Central Processing Facilities, explains project details to Abdllah S. Jum'ah during a recent visit to the job site.

President and CEO Abdallah S. Jum’ah, along with other top corporate executives, recently visited the sprawling Khurais site and had a chance to experience the enthusiasm of the construction team.

The visiting delegation toured the airstrip facilities; the residential complex, which will house approximately 1,200 employees on completion; and the Khurais Central Processing Facilities. The group also toured the Contractor Training Facility, where Saudi Supplemental Manpower employees are given in-house training in their discipline or in related jobs. The training center was built through the contribution of several contactors at the Khurais construction site. 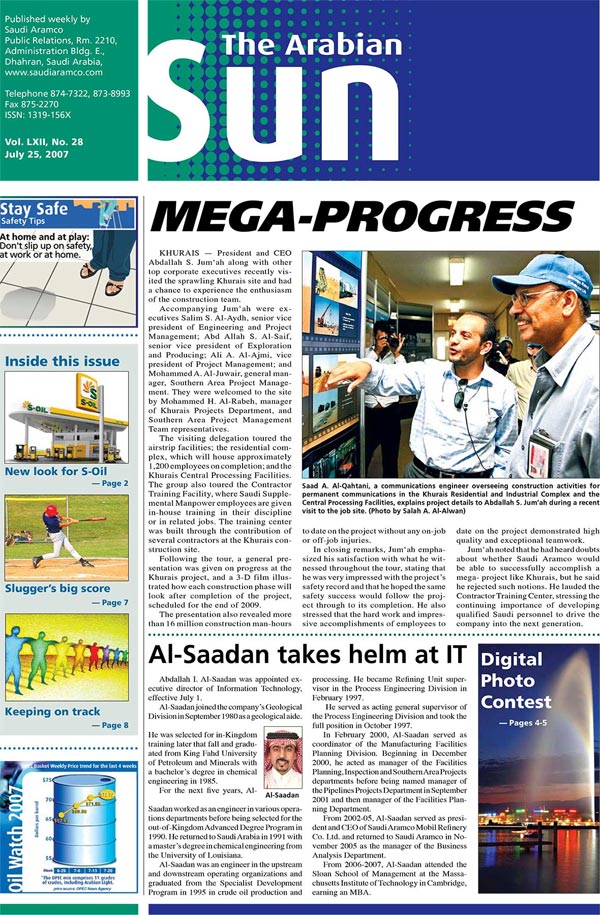