Even before arriving in Saudi Arabia as a 22-year-old engineer on my first assignment, I was captivated by the ancient oasis town of Hofuf. It is mentioned in the Bible, and I had read that the old market hadn’t changed much for millennia, so it was one of the places I looked forward to visiting in the Middle East. 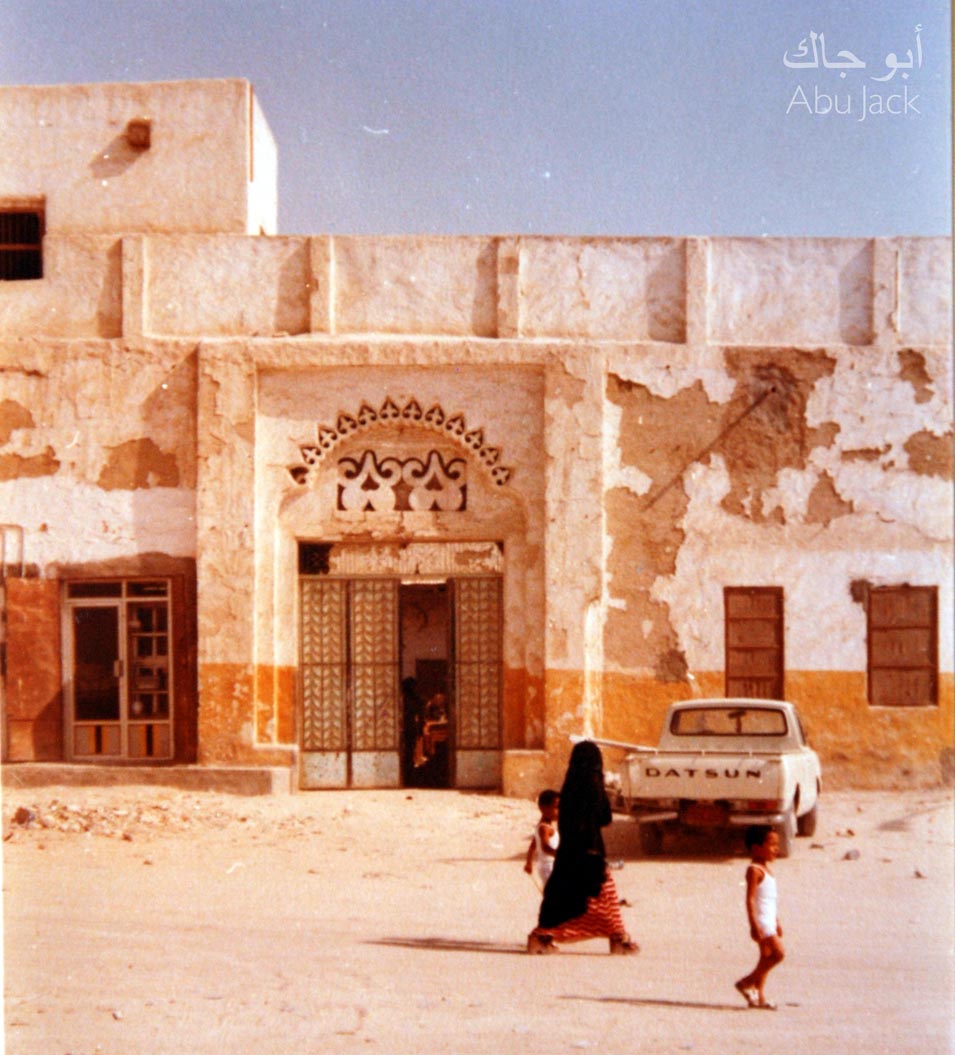 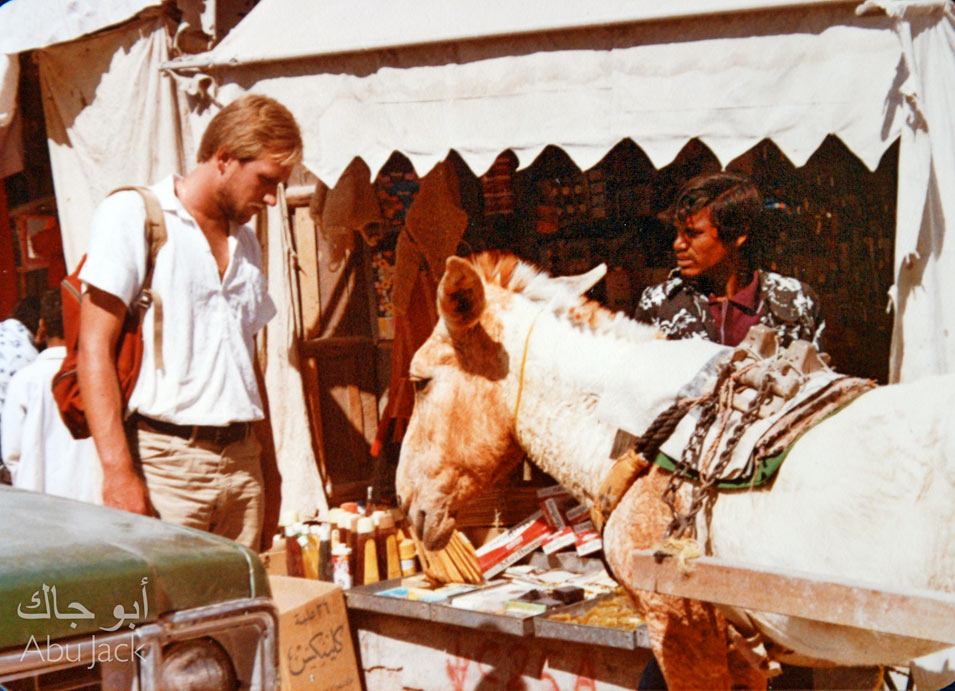 The author browsing the market stalls in Hofuf. 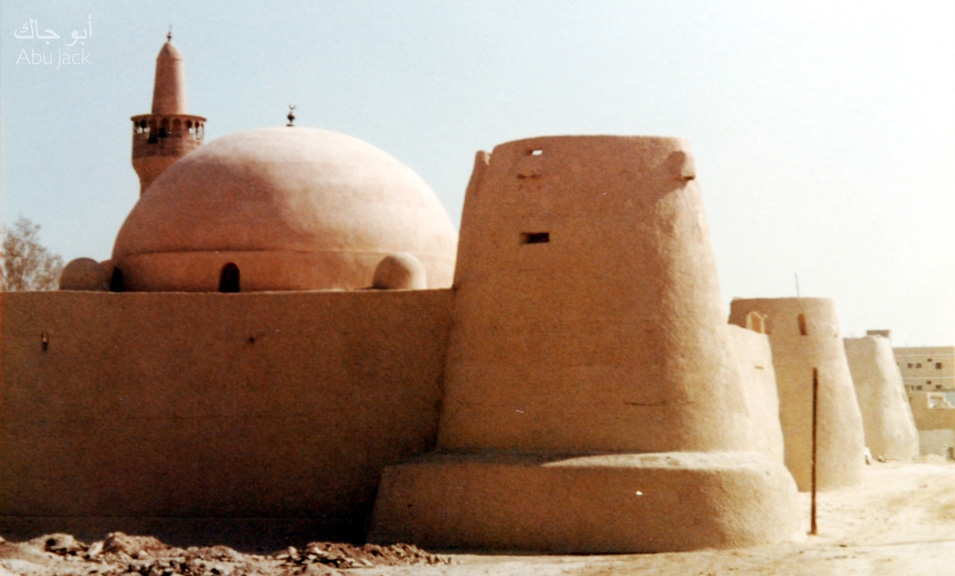 In 1978 and 1979, I lived in Abqaiq and worked on Aramco construction sites for a US contractor. During that period, I visited Hofuf seven times. On our one day off work, Fridays, different friends would accompany me on forays in the Eastern Province in a borrowed company pick-up truck without air conditioning. We brought our new cameras and a young man’s sense of adventure.

An hour’s drive south of Abqaiq was the oasis of Al Ahsa, with its vast groves of date palms, bisected by narrow roads. A short distance from Hofuf’s crowded streets, it provided shady picnic spots and an irresistible opportunity for a quick swim in the cool clear waters of its irrigation canals. A bit farther, Jebel Qarah, with its silent caverns and steep, dusty trails rewarded climbers with spectacular vistas in all directions. 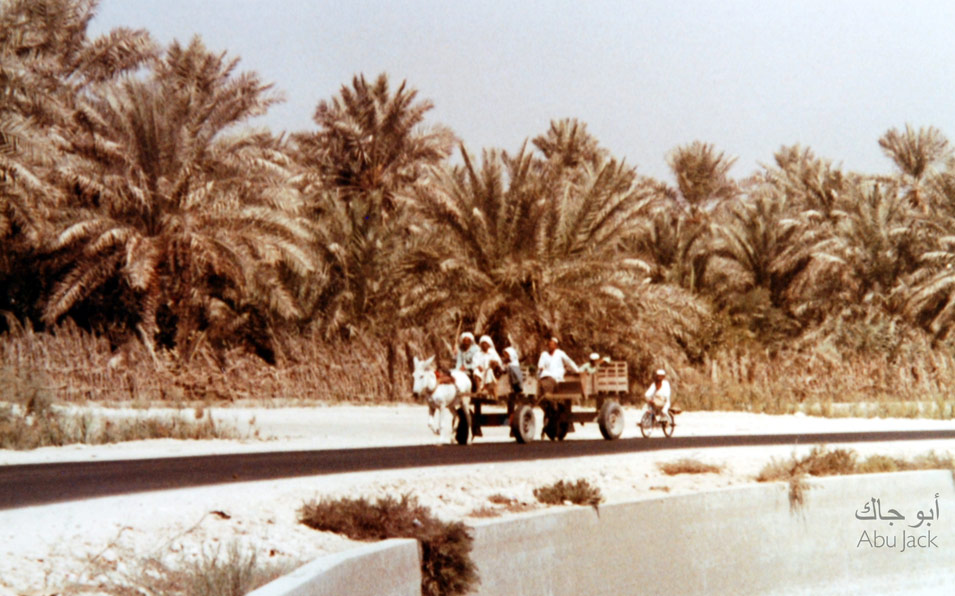 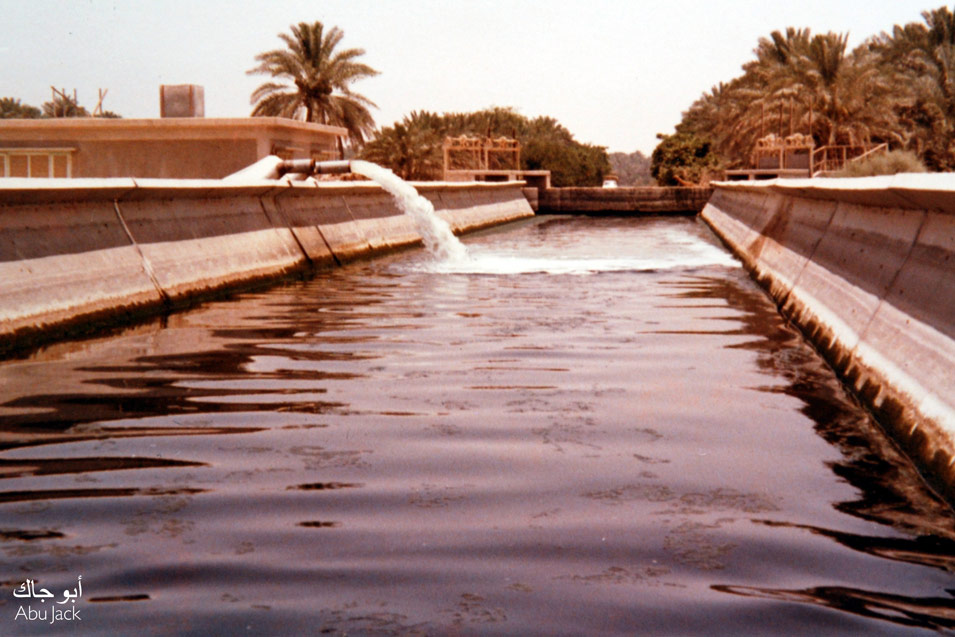 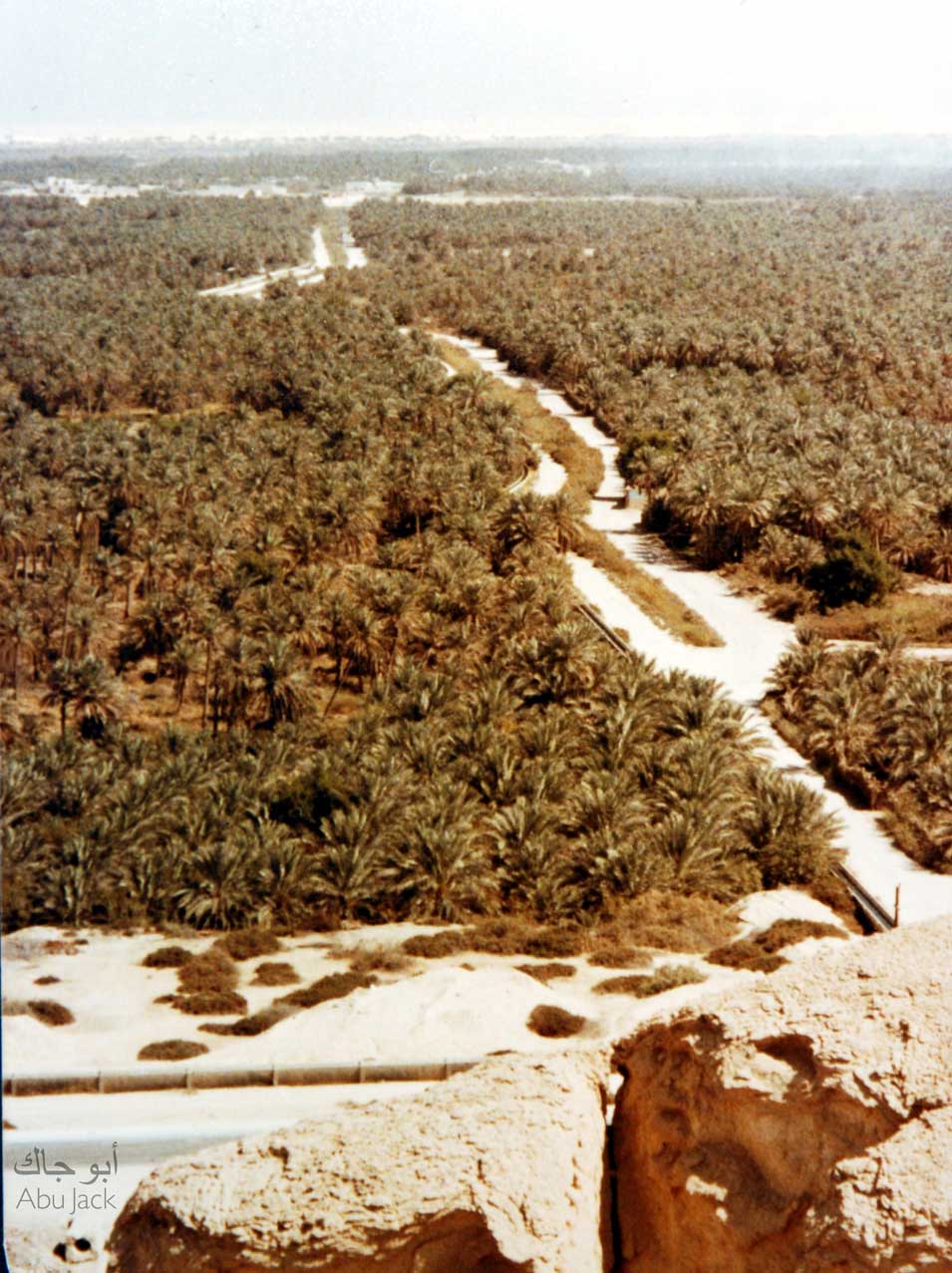 The view from Jebel Qara. 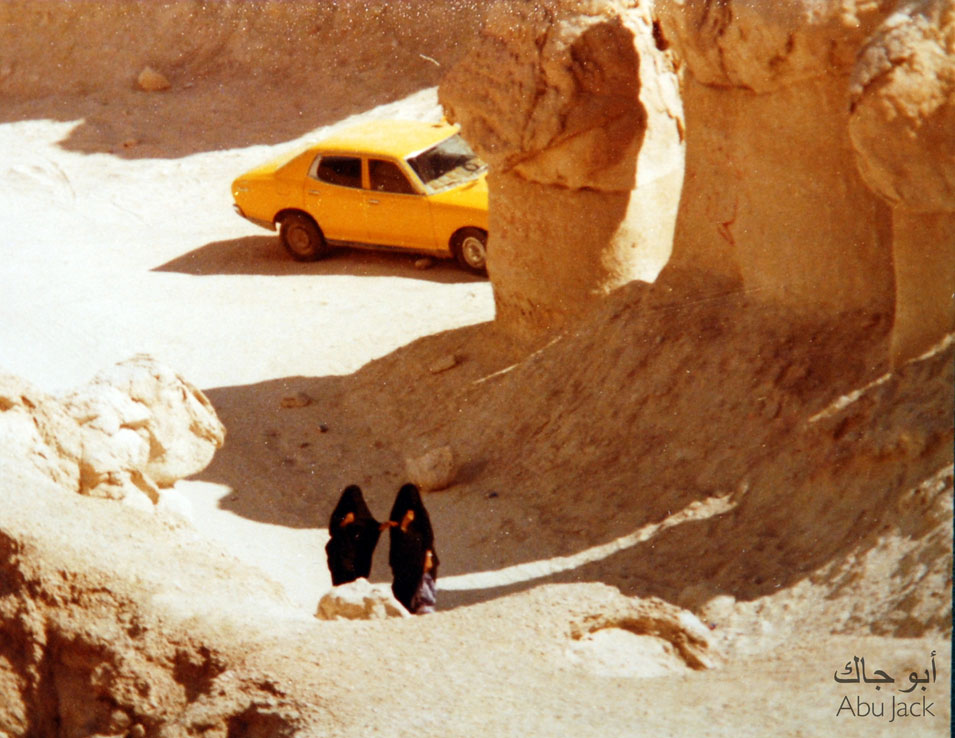 Coming from suburban California, I found Hofuf to be an eye-opening experience. I would wander and lose my way in the labyrinth of narrow alleys of the old Qaisariah Souq. The same old silversmith greeted me on several visits. I would sift through his bucket full of what appeared to be ancient silver ornaments, pendants, rings and bracelets. On one occasion, I purchased a triangular, Bedouin-style pendant mounted with a large red, semi-precious stone and a row of small silver balls on short chains dangling from the bottom. The price after vigorous bargaining: SR 90. 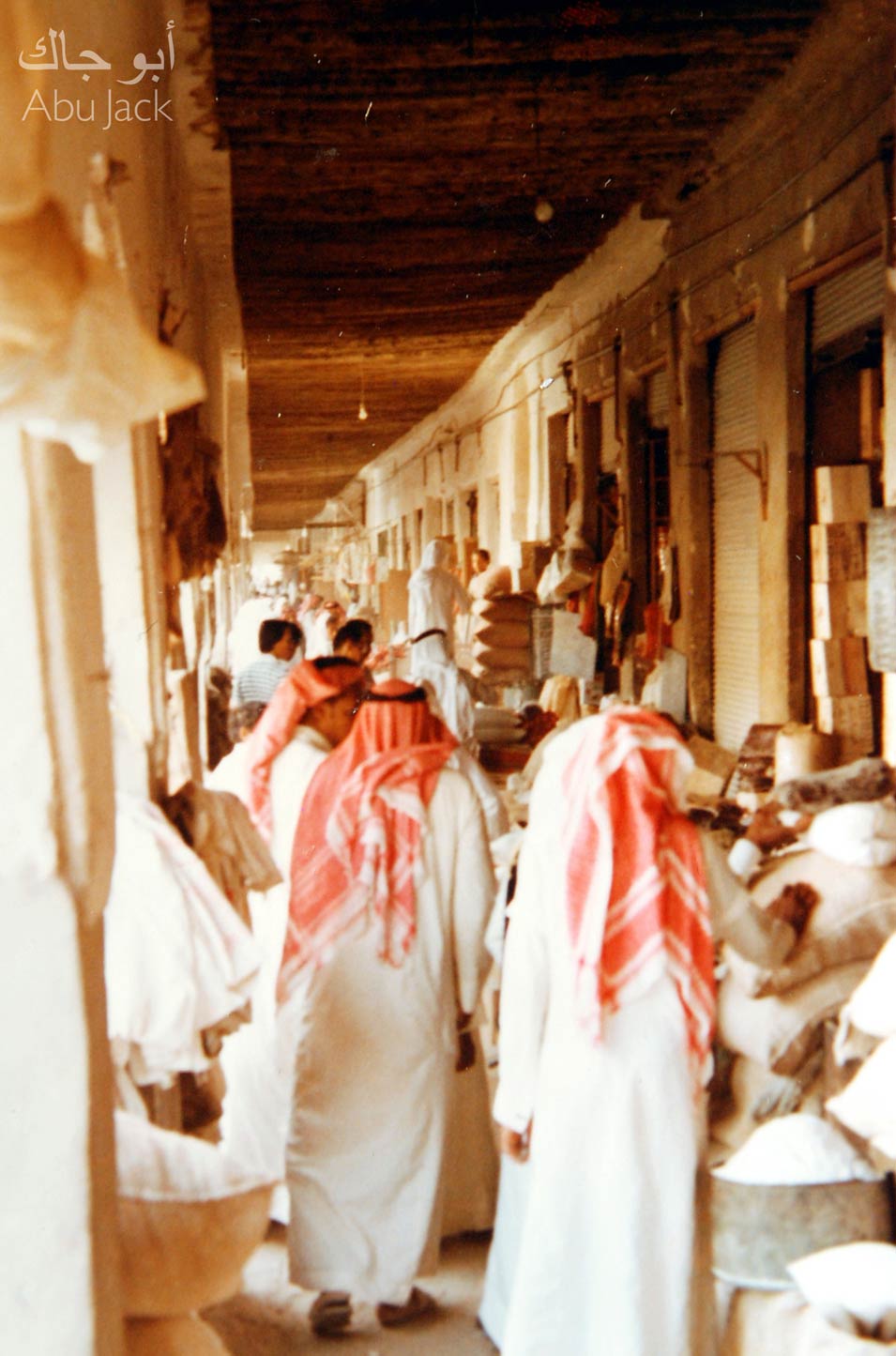 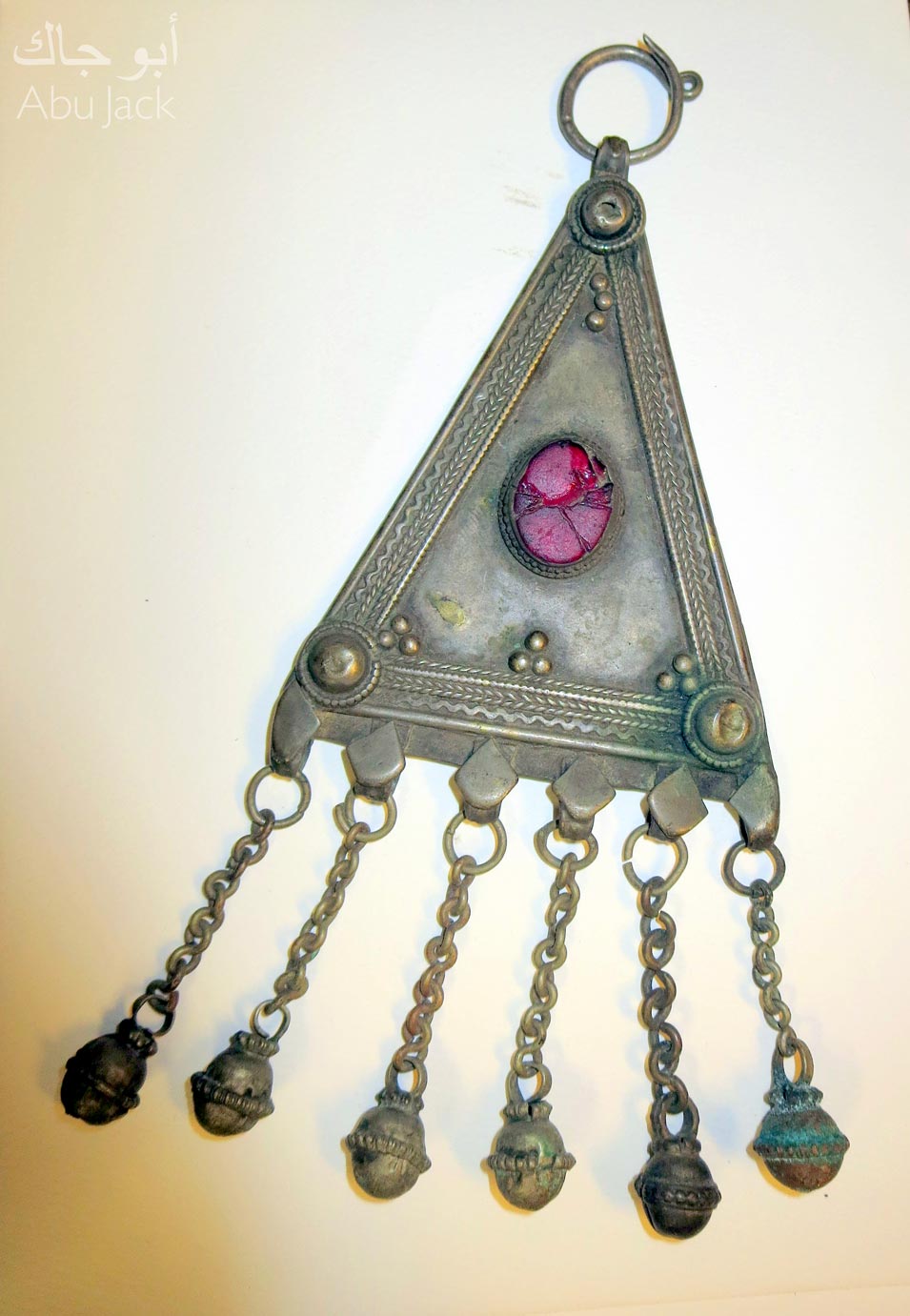 Bedouin pendant purchased from the old silversmith in Qaisariah Souq, 1978

Around the corner, we chanced upon other parts of the souq neighborhood including fruit vendors and the women’s market with its handmade baskets, fans and weavings. 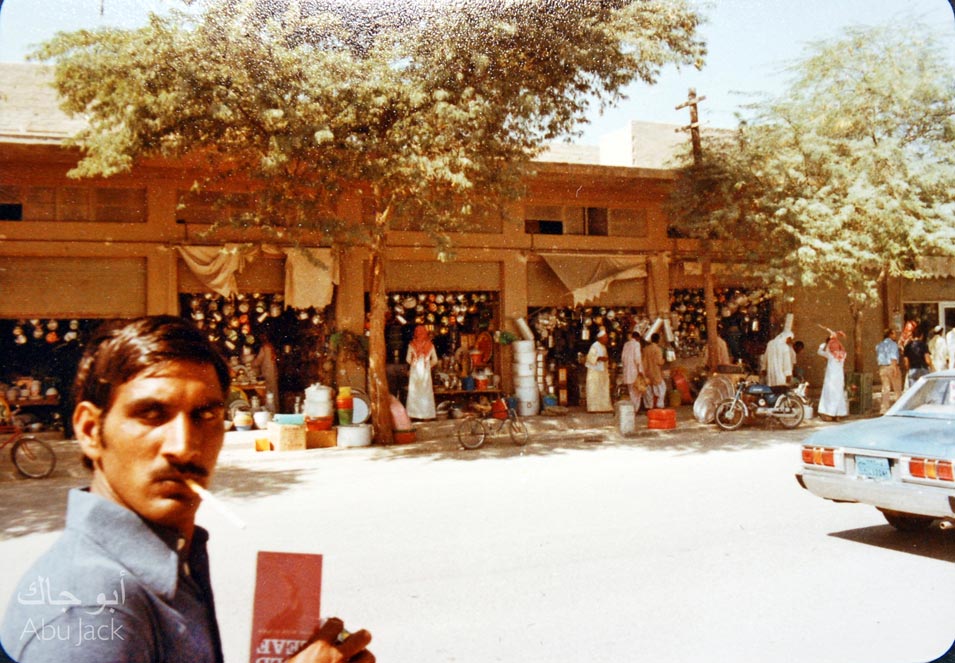 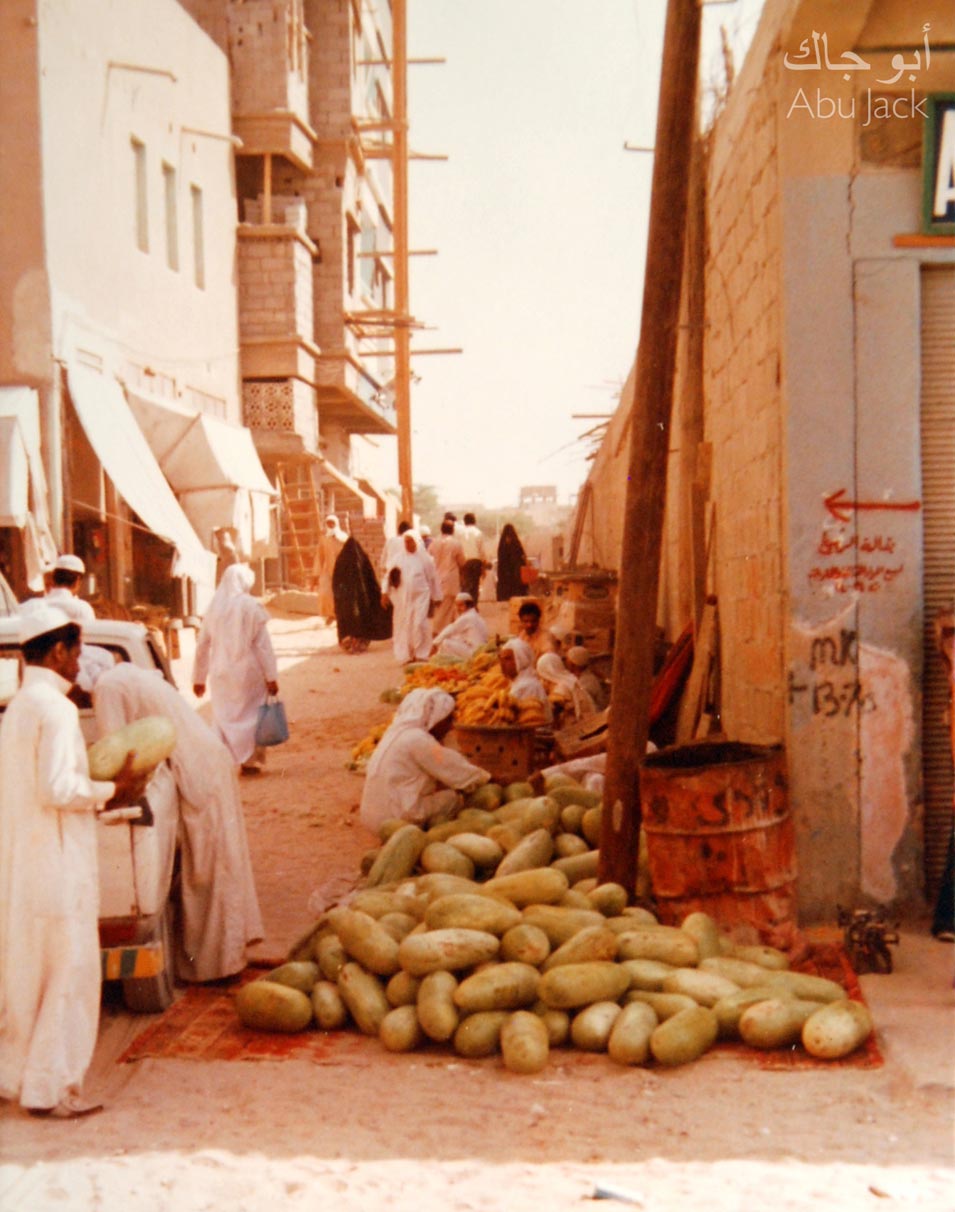 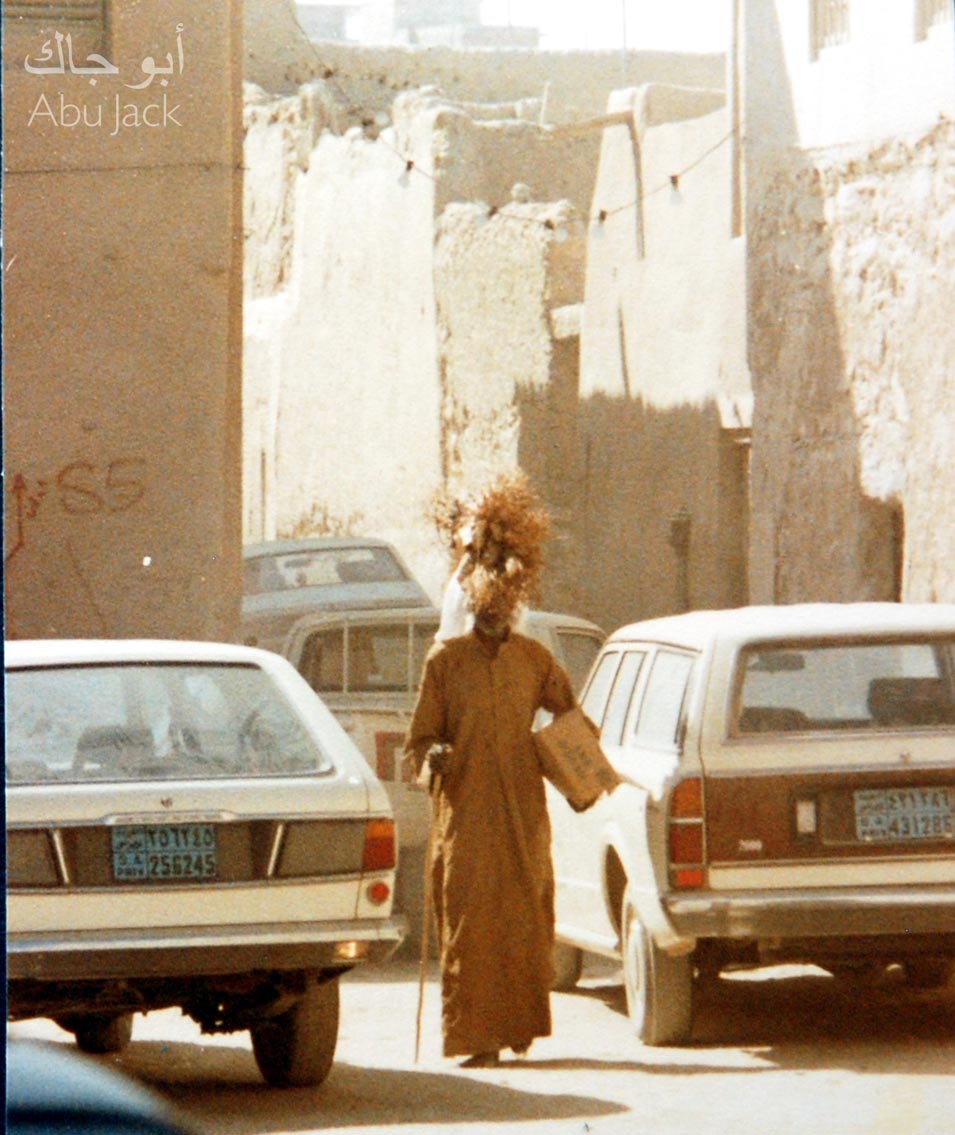 Hofuf, 1978 - a man carries his purchases from Qaisariah Souq 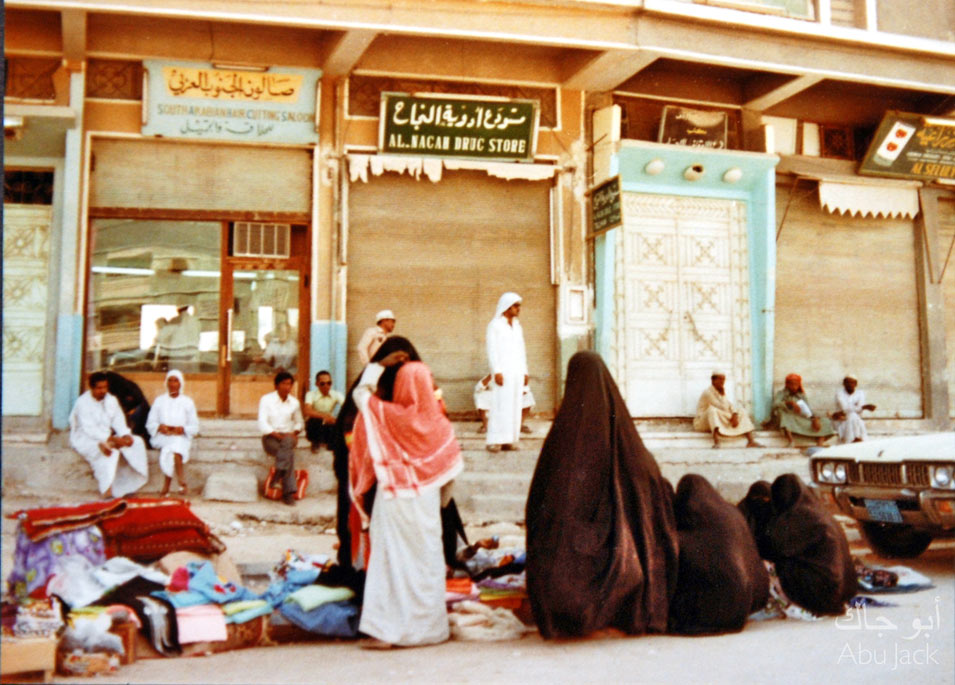 On the nearby streets of the Al Koot district between the souq and Ibrahim Palace, we encountered locals who were as interested in us as we were in them. I smiled and said, “Asalaamu Aleikum” to a group of three young boys and motioned for them to pose for a photograph. They agreed, but suddenly a fourth boy pushed his way in, determined to join the fun. The boys proudly showed me that they had inserted pins through the surface skin of their fingertips, careful not to penetrate too deeply. Perhaps, it was a rite of passage for them. 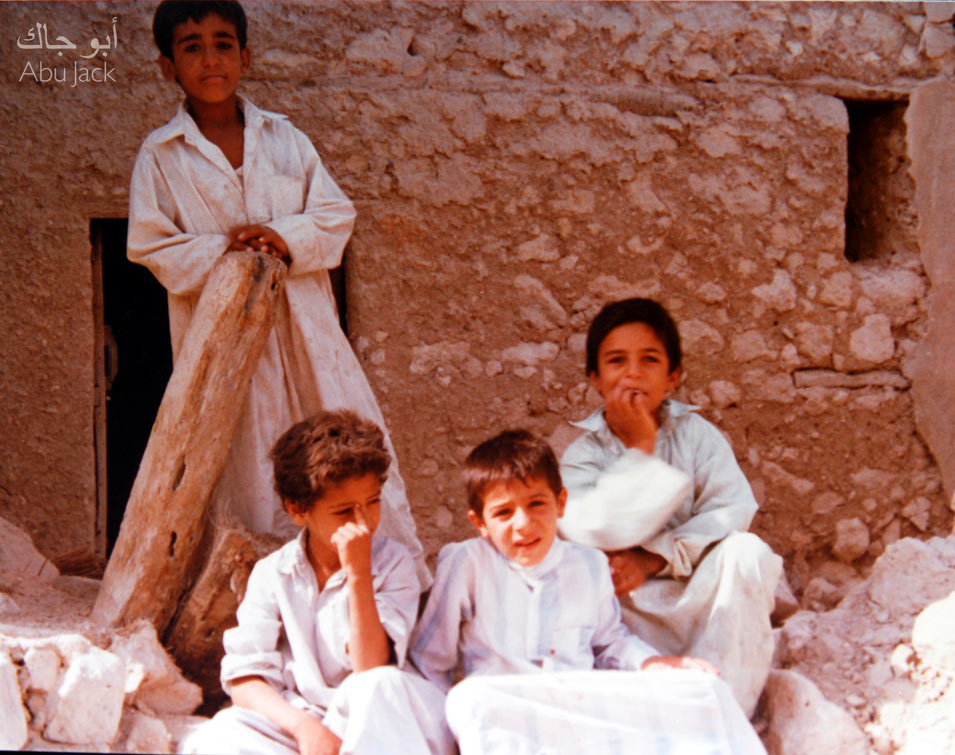 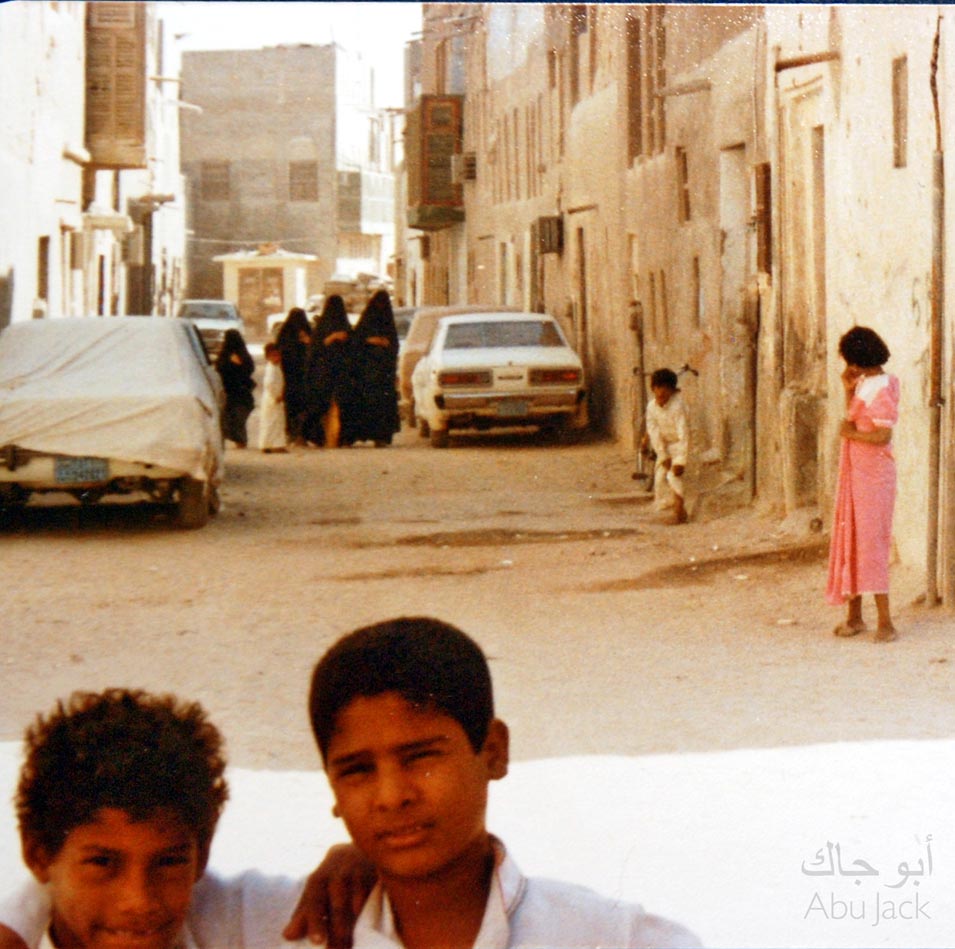 When I returned to Saudi Arabia and visited the Qaisariah Souq in 2016, I discovered that the souq had been rebuilt after a devastating fire and restored to its previous splendor. Strolling through the alleyways, my family and I shopped for antiques, gold and spices, including frankincense, myrrh and saffron. We relaxed in a traditional coffee shop and snacked on warm chickpeas in oil and sipped sweet tea. How pleasing it was to see that, nestled within the sprawl of a modern, bustling city, this memorable place of my youth remains the heart and soul of Hofuf. 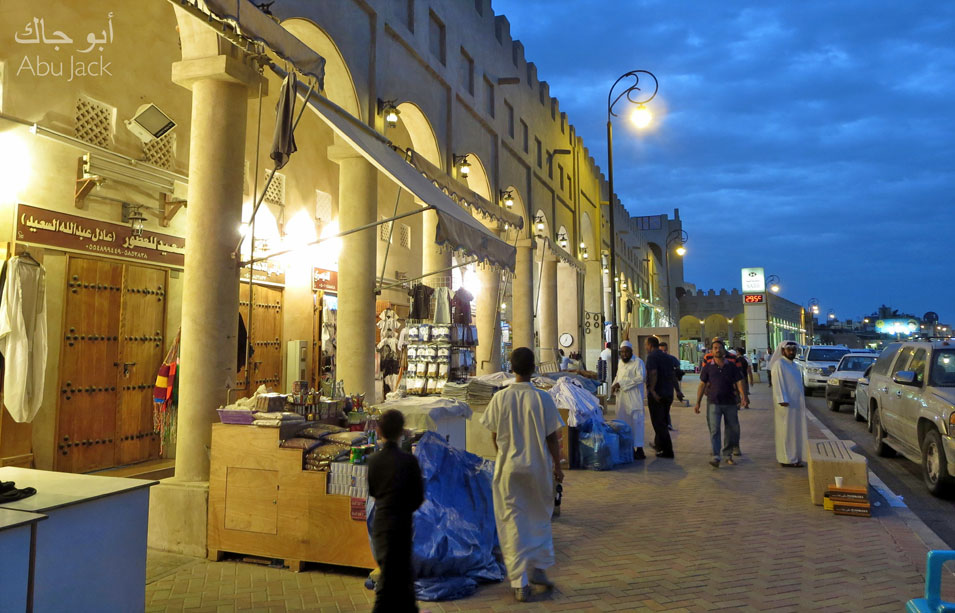 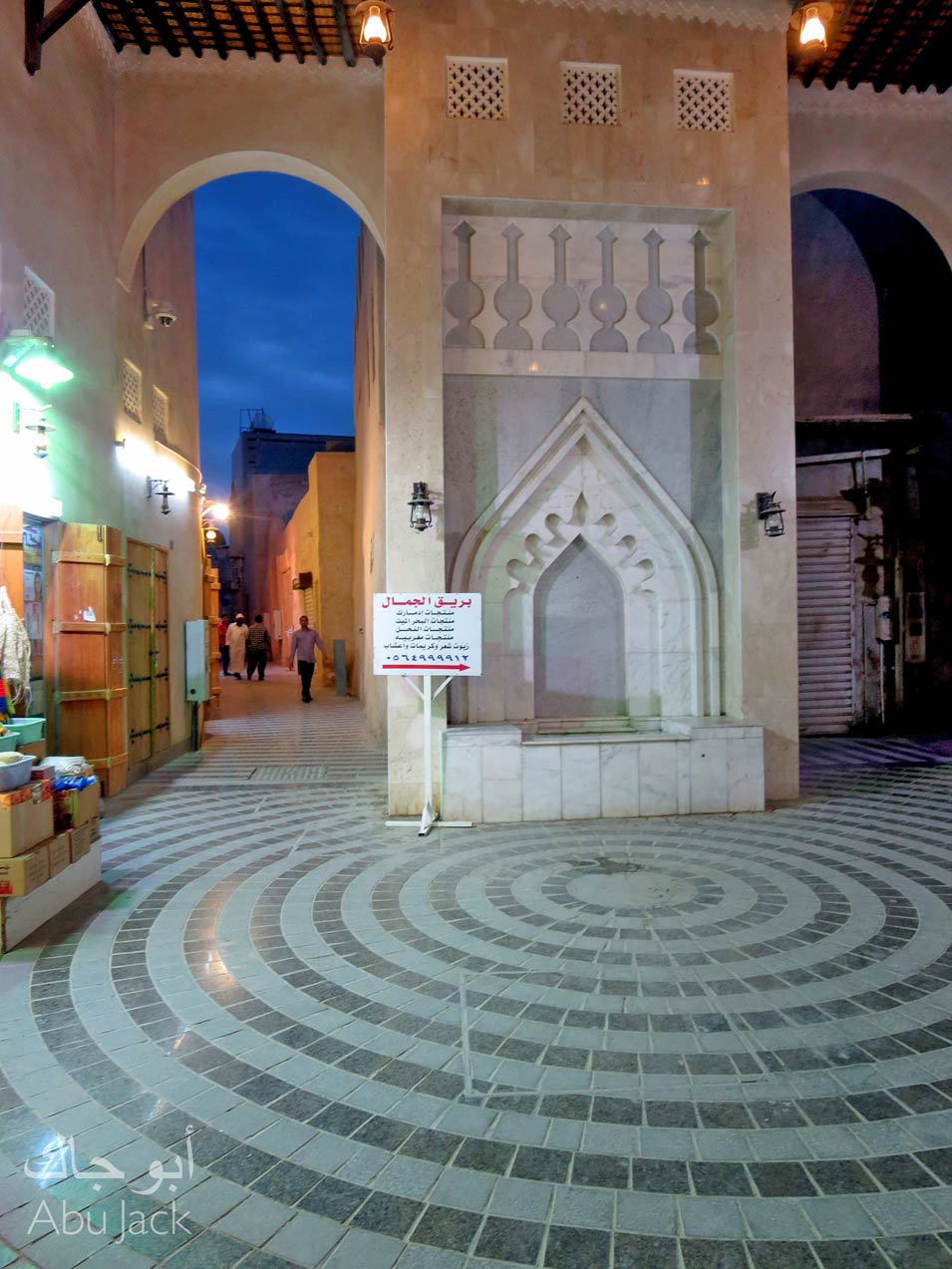 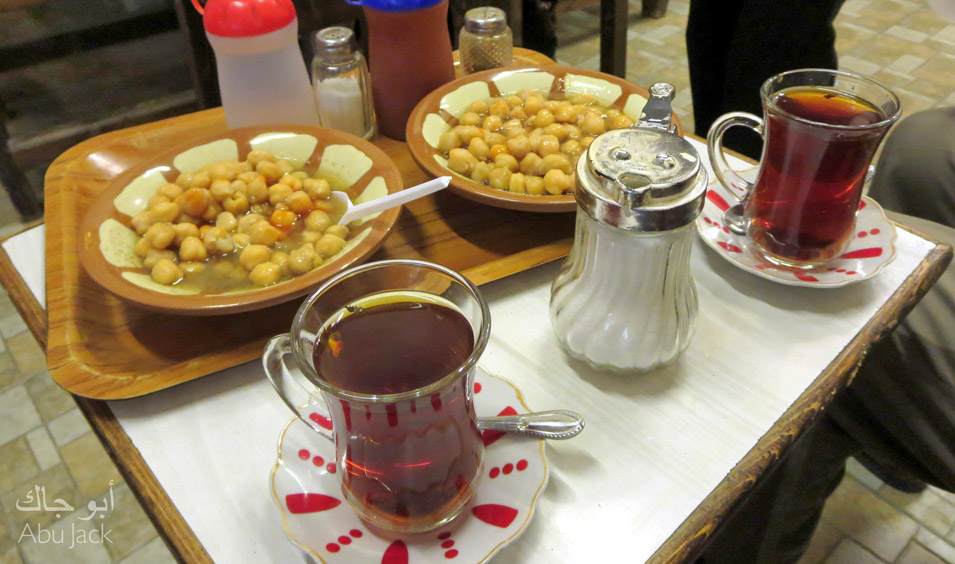 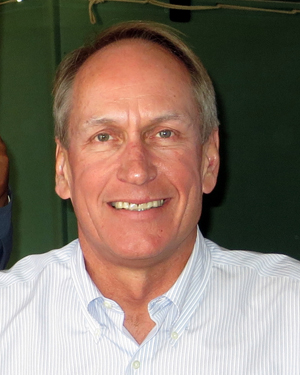 Mark Lowey (Abu Jack): California-born and raised, Mark earned a degree in Construction Management and embarked on a career that started in Saudi Arabia and continued around the world. By luck or fate, his final project before retirement took him back to Saudi Arabia.