Bedouin Connection Chapter I – My First Days in Saudi Arabia

Mark Lowey graduated from Cal Poly San Luis Obispo in 1977 with a Bachelor of Science in Construction Engineering. In 1978 he began working for Santa Fe International in Orange, California with the understanding that he would be assigned to an Aramco construction site in Saudi Arabia.

In the days before desktop computers and smart phones, we used adding machines, and charts and graphs were hand-drawn, I performed entry-level project management tasks for different projects including construction schedules, manpower histograms and organization charts. To develop schedules, we relied on key-punch card driven computer programs operating on huge mainframe machines that filled a room. It was January 1978, I was 22 and had begun my first job at the US headquarters of Santa Fe International.

By early March I had been formally requisitioned by the Saudi office and the process my work visa commenced. I underwent physical exams and received the required inoculations.  By the end of March, I had received my air tickets, passport and visa. I had been to Europe and Mexico, but I now had no idea of what to expect in the Middle East. I said goodbye to family and friends and embarked on a journey that would define my life. 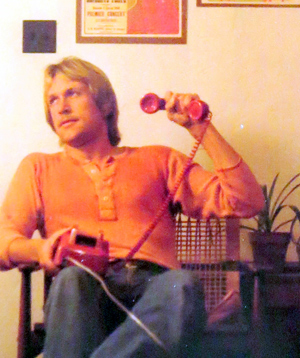 Making last-minute arrangements prior to
departing for Saudi Arabia

The British Airways Lockheed L1011 Tristar jet touched down, taxied briefly, and we deplaned into a chaotic scene. After a 24-hour journey with connections in Atlanta, JFK and London, I finally arrived at Dhahran International Airport. Darkness had fallen as our plane passed over the Saudi Kingdom’s ghawar (oil fields), and all I could see below were the gas flares of the many Aramco oil and gas facilities burning brightly.

In the terminal building, disorganized groups of passengers from several arriving flights swarmed around the beleaguered Saudi officials manning the three stations required to enter the Kingdom: passport control, health inspection, and customs.

As I reached over the people in front of me to present my passport, a little man pestered me offering his services to assist. I tried to ignore him, but he persisted, and I finally agreed to “hire” him. I was soon pulled directly to the front of the line. I was prepared for the worst, but the customs official scarcely glanced at my luggage – didn’t even open it – and sent me on my way with a dismissive wave of his hand and a white, waxy, smeared “check mark” scrawled on my duffel bag. I was in! 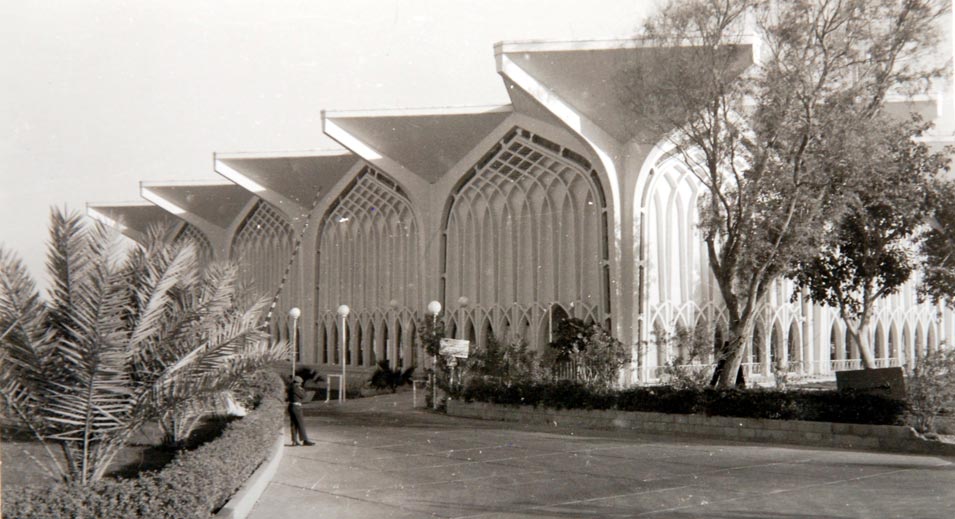 The night was hot and humid. The terminal building appeared to have no air conditioning, and I was perspiring nervously. I quickly spotted a man holding a sign with my company’s orange-colored SF logo, and my helper and I approached him. It was Ben, a Santa Fe employee assigned to collect new arrivals. He said we would wait for two more people. I wanted to know how much to pay my queue-jumping sidekick.

Santa Fe company rep, Ben the Filipino, told me to give the man SR 5. I offered that but he was not satisfied so I gave him SR 10. He still wanted more. No way. He stormed off. I just stood there with Ben and watched and observed the many different peoples of the Arab world. Saudis, Lebanese, Kuwaitis, and more. Women, some with flashy, flowing, colorful clothing and others completely covered in black, head to foot. Beautiful little Arab children with their fathers. The slap of a firm-grip handshake and kisses on both cheeks. They are warm, loving people. Men holding hands. I had a good time being there with them. And all these little guys pushing rope-bound, heavy suitcases. A noisy and smelly tangle of humanity. An Incredible experience.

Then Ben drove me home on Abqaiq Road, the long drive to Abqaiq Contractors Camp. Truly crazy drivers! Got sort of checked-in, ate a sandwich and saw my room. Played ping pong with Ben in the recreation room and then hit the sack.

Along the highway I caught a glimpse of Arab men in a tent near the roadside. It was a cool spring night, and I could make out their silhouettes. They appeared warm and content, gathered around a cooking fire, conversing and drinking tea and coffee.

At the Abqaiq Contractors Camp, I had been assigned a single room in a prefabricated modular building – a trailer home of sorts. From the bedrooms, a long interior corridor led to common showers and lavatories. The walls were thin, sound insulation was poor, and the floor creaked and gave a little with each step. Importantly, each room had its own window-mounted air conditioner. This was to be my home for the next two years.

My first full day in Saudi. After breakfast in the dining hall I walked to the Santa Fe administrative offices just outside the gate from the residential buildings. I signed forms and met a few of my colleagues. I was briefed by my supervisor and shown a map of the Gas Oil Separation Plants (GOSP) presently under construction. My first assignment would be as the Site Project Controls Engineer at Ain Dar GOSP-4.

Then a driver took me to Abqaiq Souq where I shopped for toiletries and supplies. I also wanted a “boom box” tape deck. I was happy to see that pre-recorded music cassette tapes were cheap – SR 10 each (around $2.50). The quality of the music cassettes varied, so it was wise to check them before leaving the vendor. Artists like ABBA and The Bee Gees were widely available. A German group that was new to me, Boney M., was very popular and had a Disco-Reggae vibe. Their hits, “Rasputin” and “Rivers of Babylon” would become our party anthems for the next two years.

Returning from the Souq, I saw my first Saudi camels. My impression was that they were strangely beautiful – awkward yet graceful creatures. They were everywhere, large herds and individuals grazing on barely visible dry scrub. I saw a dead camel, as well, that had been killed by an automobile and left by the roadside. The weather felt uncomfortably hot, but it was only 90⁰F.

Back in the admin office I chatted with two colleagues, Gerry and Ron, from California and I learned some valuable information about Saudi customs: don’t wear shorts in public; photography is generally prohibited; and use only your right hand for eating, shaking hands and for passing something to someone. I also learned about the rich Saudi culture of hospitality and loyalty and that indigenous pastoral nomads, Bedouins, lived nearby. Later, I wrote in my journal, “I want to meet a Bedouin.” How did I know what was to come? Little did I know, then, how meeting Bedouins would impact my life.

I would quickly learn that the most popular topic of conversation among expat workers was where to go and what to do on one’s next R&R (Rest and Relaxation vacations). Based on my conversations, I was already looking forward to vacations in exotic Hong Kong, Singapore and Bangkok.

That night after work I was invited to play in a softball game with Santa Fe’s company team at the Aramco senior camp. As contractors, we had some trouble getting through the gate. A new security guard didn’t recognize us. After the game Gerry and Ron drove me around Abqaiq camp, and we stopped for an ice-cold chocolate milk shake at the Ain Nahkl Golf Club snack bar. It was a welcome taste of home.

Settling into bed that night, I already felt quite at home here in Abqaiq.