Have You Ever Heard of Buckyballs? 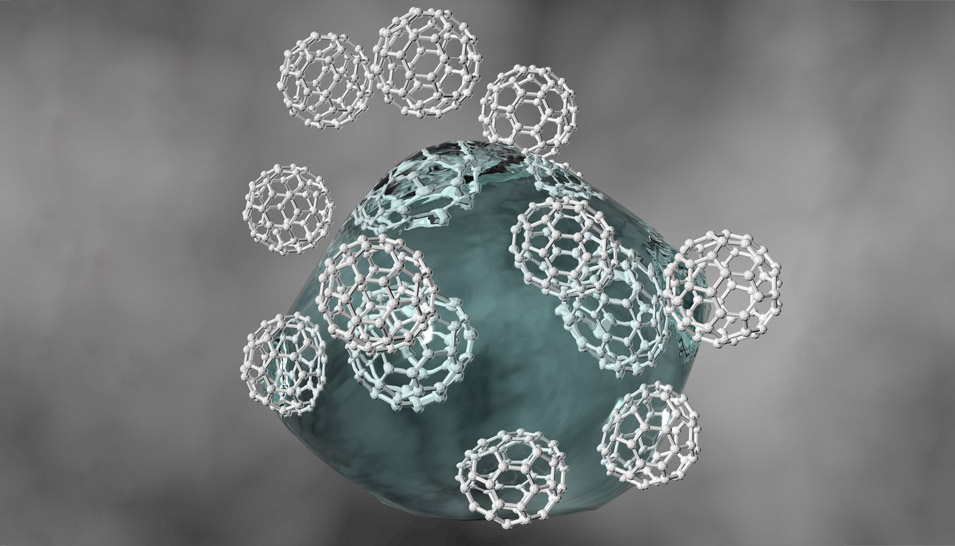 Conversations with friends can be infinitely varied—filled with tangential remarks, thoughtful asides, and random non-sequiturs and often producing surprising results. Starting from Point A over here, they’ve been known to jump quickly to Point B over there, and thence move on seamlessly to Point C in some other direction. By the time the final quantum jump has been made, free-association conversations seem to always end up occupying spaces nobody expected to reach when the exchanges began.

Such was my experience this past weekend when I joined seven friends from my college days back in the late ’60s and we started talking about what we’d seen and experienced in the intervening years. The dynamics were similar to those encountered by readers attending a typical Aramco reunion gathering. They were the natural result of trusted friends rekindling their bonds after time apart and speaking from the heart without guile. In the particular conversation I have in mind, we began by musing about stone age cultures and, after a series of verbal and logical/illogical hops, skips, and jumps, ended by ruminating on space-age hydrogenated buckyballs.

It started when I asked my friend Norm about the years he’d spent living among a primitive tribe in the jungles of the Philippines working with bona fide witch doctors on a translation of the Bible into an oral language spoken at most by a few hundred people and totally lacking an alphabet or any system of writing. I was surprised to learn there are more than 7,000 recognized languages in the world, and more surprised still to learn that the organization to which he belonged has translated—or is currently working on translating—the Bible into 1,924 of them at last count. After a few minutes, the focus of our discussion shifted to what it was like trying to span the yawning divide between two vastly different cultures.

It starts with each side’s definition of the truth, according to Norm. The two sides in question approached matters from such widely divergent viewpoints and applied such wildly different standards when making judgments, that what seemed like an obvious truth to one was often dismissed as pure nonsense by the other, and vice versa. It required years of hard work to bridge the gap. In other cases, it’s required decades. And, even then, success is never guaranteed.

“We think like the Greeks,” Norm said, “and we speak of one God. They think like animists, which is something completely different. Their way of thinking is sort of circular. Nothing’s linear to them like it is to us. Everything curls back on itself. They see gods in all things: in plants, in inanimate objects, in natural phenomena, in everything. We had to learn to think how they thought, understand how they viewed things, and find ways to communicate our ideas in terms they could understand. It was essential to earn their trust. Without that, we would never have succeeded.”

Norm spoke of an Imam who followed him around for months, showing up in the audience or crowd or gathering whenever he made an appearance, checking him out. “Somebody told me after I left that the Imam said that I was a good person. That was important to him. It was important to me, too. My goal was to reach out and understand other people, not to cause problems and arguments. I wanted to find common ground. I guess I succeeded.”

The conversation then pivoted in another direction, focusing now on what Norm meant when he said, “think like the Greeks.” I rambled on in my usual way, addressing another friend, Rolf, about duality having been an essential element in Western philosophy and scientific thought since the days of Plato and Aristotle. Nature v. reason; ideal v. real; positive v. negative; romanticism v. realism; mind v. body; good v. evil; light v. dark; and so on, and so on, and so on. Suddenly, I thought of R. Buckminster Fuller. Even if you don’t know who “Bucky” Fuller was, you probably have seen examples of his most famous invention, the omnipresent, triangle-based geodesic dome often found covering radar installations at airports and Air Force bases around the world.

I attended a lecture by Fuller in 1978 where he attacked the positive-negative duality premise underlying modern scientific thought and proposed to replace it with something he called “tetrahedroning.” In a tetrahedron structure, molecules are arranged in an organized, symmetrical pyramid with four faces—a tetrahedron. That night, Fuller used the example of a black hole to demonstrate his argument. As explained by him, according to science, black holes continue to collapse into themselves until they create a region of space of such extraordinary density, no matter or radiation can escape its grip. “That’s impossible using a positive-negative model,” Fuller proclaimed to a room full of rapt listeners, me among them. 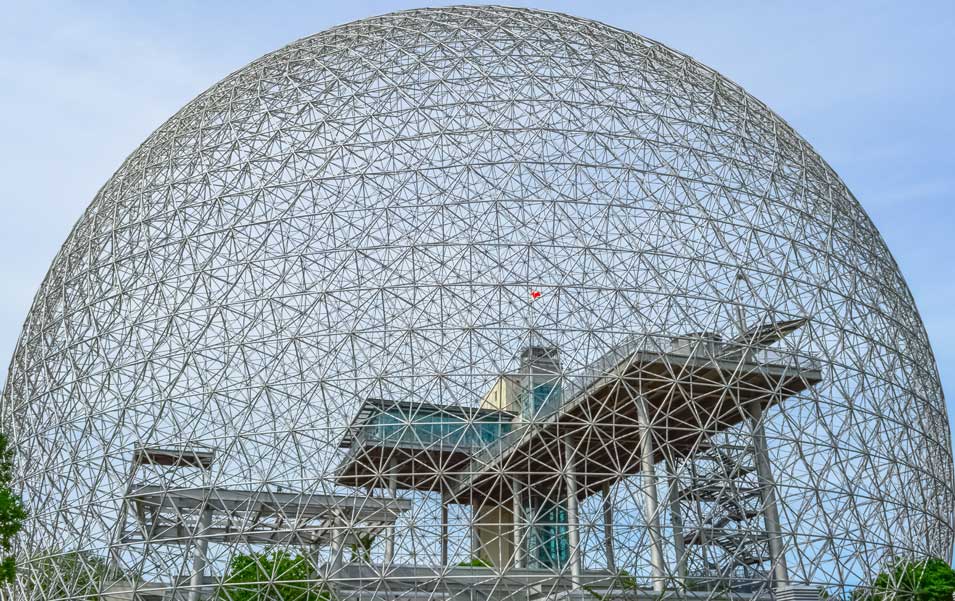 To prove his point, he held up a beach-ball-size sphere composed of what looked from afar like matchsticks glued together end to end. He explained they had been affixed to one another based on the positive-negative/dualism model accepted as gospel by modern science. Bucky then attempted to fold the skeletal construction into itself the way a black hole is supposed to work. In moments it broke apart into tiny pieces. “See!” he cried gleefully. “It doesn’t work! Just like I told you. Now watch this.”

Fuller proceeded to haul out a similar-looking sphere made up this time of matchsticks affixed to one another in the shape of tiny tetrahedrons—essentially a mass of interconnected triangles. Beaming with pride, he folded the sphere into itself again and again and again, until finally, he was able to hold the entire collapsed object in the palm of his right hand.

I’m not sure I fully understood exactly what R. Buckminster Fuller was talking about that night forty years ago, and I’m not sure I’m describing it all that well today. Nonetheless, I remain convinced he had a point when he emphasized the virtues of three-point triangular arrays (tetrahedroning) over two point linear models in explaining scientific phenomena. Based on my shaky memory, I proudly inserted tetrahedrons into my conversation with Rolf.

Ever the curious sort, he grabbed his smartphone and Googled “Buckminster Fuller,” confirming most of the claims I’d just made about him.

“Have you ever heard of something called Buckyballs?” I asked Rolf.

“They’re a man-made form of carbon molecules that look like soccer balls. Some people think they sort of look like geodesic domes. That’s why the scientists that discovered them named them ‘buckminsterfullerenes.’ They wanted to recognize Fuller, a man whom they admired.”

Once again, Rolf turned to his smartphone. He shared with me what Wikipedia had to say about buckminsterfullerenes:

“Buckminsterfullerene is a type of fullerene with the formula C60. It has a cage-like fused-ring structure (truncated icosahedron) that resembles a soccer ball (football), made of twenty hexagons and twelve pentagons, with a carbon atom at each vertex of each polygon and a bond along each polygon edge.” (Got that, chemical engineers reading this?)

Exploring the subject further, Rolf discovered that modified C60 molecules can be hydrogenated—impregnated with hydrogen molecules is how the layman writing these words pictures it—theoretically creating a vehicle suitable for storing H2 molecules and extracting them at an optimal mass fraction as hydrogen fuel.

Subsequent investigation of the subject of fullerenes indicates that scientists at Saudi Aramco have a significant interest in their utility across a broad range of nanotechnology-based applications.

If you take enough twists and turns, it's possible that all roads lead to Aramco, even those paved with stone-age Philippine tribes and Hydrogenated Buckyballs.