Camping with Camels: My Introduction to the Kingdom - Part V 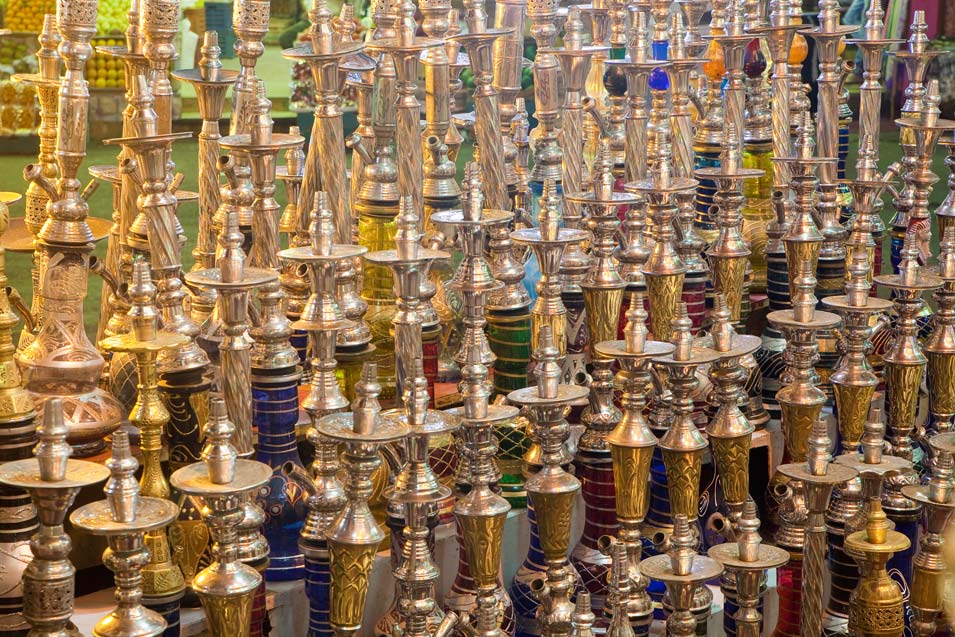 That evening we dined at a magnificent Moroccan restaurant next to Beit Al Nassif with a horse-drawn carriage perched outside the entrance. It was opulent to say the least. We felt like we were in a royal palace and the food was delicious. Following aperitifs of sweet lemon juice with mint, we plunged into a couscous dish with delicately spiced lamb and almonds. After the meal a ‘hubbly bubbly,’ or sheesha pipe, was offered and we all decided, “why not?” Even I, who had never smoked in my life, thought this was an absolute must. We had noticed that sheesha parlors were popular in Jeddah, more so than in Riyadh, probably because of the cool evening climate year-round where one could sit outdoors and take in the sights and sounds of street life. We were given small pieces of paper which we individually rolled and put into the mouthpiece so as we would not all be putting the wooden mouthpiece in our mouths. The hubbly bubbly arrived with the hot coals and the apple-flavored tobacco we had chosen. I was chosen as the first person to have a smoke. Our waiter sucked through the pipe as we heard the water gurgling deep in the bowels of the bowl, but when I sucked on it, nothing happened. Try again...and again…all to no avail. Guided by the server, once more, I sucked in deeply. I will never forget those next few seconds as the smoke burnt my innards going down into the depths of my stomach. I thought I was going to die! The pain was excruciating! That was my first and last experience with sheesha. Still, it is a popular social pastime, no different to people in the west going to a Starbucks or Costa Coffee to chat with friends. Sheesha parlors were for the domain of men, yet women would smoke at home when they would have women gatherings. At the time, there were no public places for women to smoke sheesha. 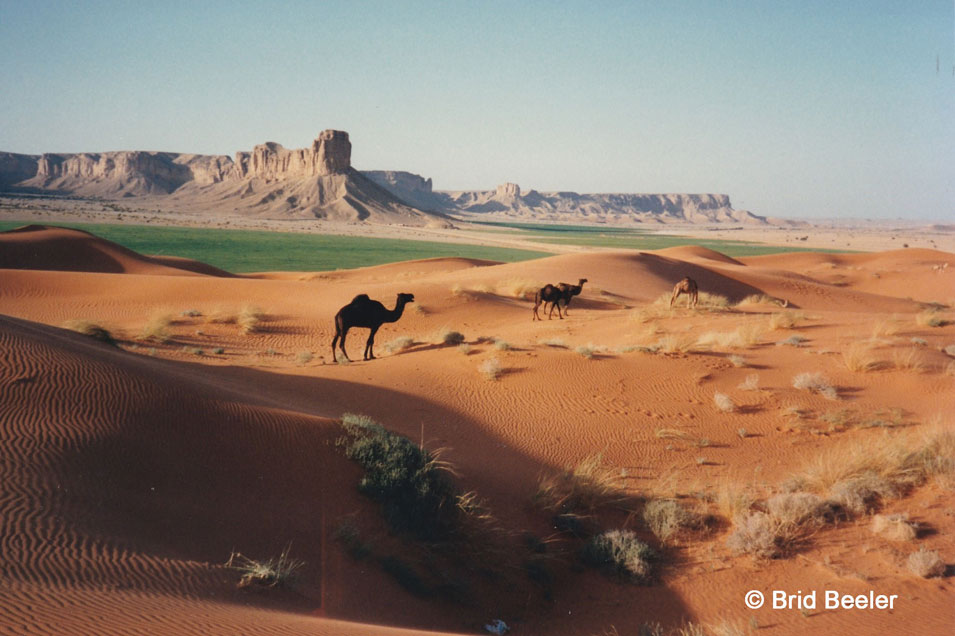 When we finally left Jeddah, it was a long road east for Riyadh as we drove the 13 hours or thereabouts to get back home. As we descended upon Riyadh, the Tuwaiq escarpment and the red sands of Dahna that connect the Great Nafud desert of the North and Ar Rub Al Khali (Empty Quarter) to the south came into view. This was a trip I will remember for the rest of my days. My first true encounter with Saudis all over the Kingdom, my first desert trip which became my life for the next decade. It shaped my life as my future was shaped by these experiences and I was fortunate to return to Kingdom at any time over the last 31 years. Now, with the new tourist visas in place, one just gets on a plane and heads off. In Saudi Arabia today, one can photograph freely, women can drive, hold leading positions in university, government, finance, and the Saudi Ambassador to the United States is a woman. Women work alongside male colleagues and have equal pay which many of us in western countries do not have even today. When I first went to Saudi, the country was little more than 50 years old, established in 1932 by Ibn Saud as the Kingdom of Saudi Arabia. Today, 31 years on from my first encounter with the Kingdom, I continue to travel in and out of a modern country. Sulamaniya and Olaya are still there, the Turkish restaurant on Olaya Street and Al Akariyah mall, the only real mall at the time, are all still there. But nowadays, there are malls that rival the best in the world. The food scene has emerged like any capital city anywhere. The Chevy Caprices are a thing of the past for the most part as everyone drives around in high-end vehicles, Toyota Land Cruisers, Nissan Patrols and all manner of luxury vehicles, we would all envy in the west. One downside to all this wonderful development is the nightmare traffic in Riyadh. The opening of the new rail service might help to ease this, but I doubt it. Most will want to continue driving in their own vehicles, no different to the beltway in Washington DC. I expect in another 31 years we will see even more changes…I wonder what? Time will tell.