Camping with Camels: My Introduction to the Kingdom - Part IV 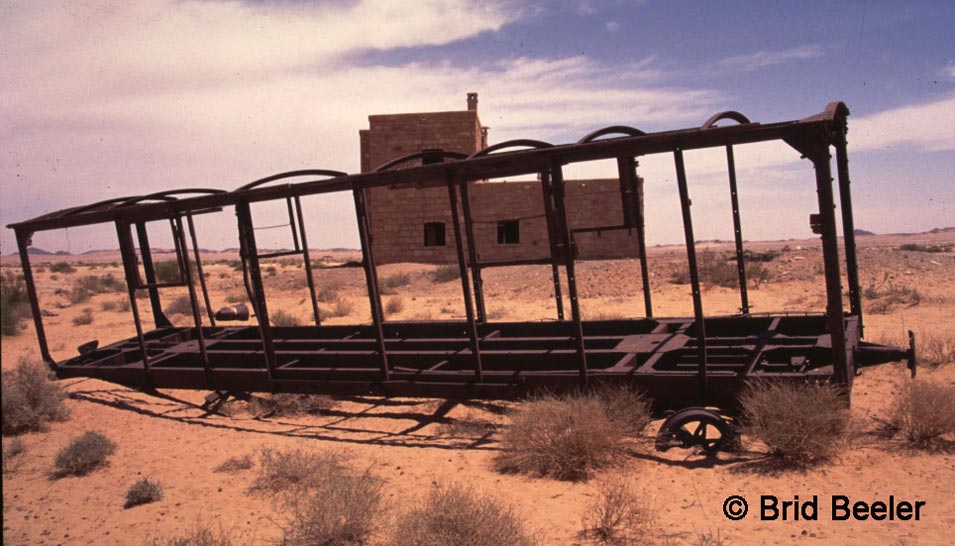 When we left Mada’in Saleh, our next destination was Jeddah. That is a long road to Jeddah and having since traveled all the roads of the Kingdom, it is still the one road I do not enjoy traveling. I avoid it with a passion. It is bumpy, often covered in sand because of sandstorms, narrow, speeding vehicles and boring desert terrain for the most part. The Kingdom has incredible beauty, but this journey south along this highway is not very inspiring. However, in subsequent trips when I have traveled deep inside the desert along the old Hijaz railway line which is off road, is spectacularly beautiful. But you must be away from the highway to experience this scenery.

Diving on the corniche in Jeddah, we delighted in the traffic circles graced by various giant works of art including giant telephones and an actual car nose down in the middle of the circle! The white floating mosque shimmering in the late afternoon sun was beautiful, but hot water and a bed for the night in the Holiday Inn was all we could think of. By now, my hair was so full of sand that it could almost stand on end. Hot water never felt so good and clean cool sheets and a mattress to rest the bones was most welcome.

Next day, well rested and after a heavy breakfast of foul medames, cheeses and all manner of wonderful food in our hotel, we began our exploration of old Jeddah on foot, winding our way through the old coral merchant homes that make this city truly unique. The best way to explore this city is simply getting lost among the high walls and narrow paved streets. The coral used to build the homes came from the Red Sea and huge blocks were carved to build these mansions that housed large households and their staff. Usually about four stories in height but many went up to six floors and above. One such merchant home had a wide staircase that allowed camels or horses to walk up and down inside the home with room enough to pass each other on their way up or down to the different floor levels with ease. The homes are festooned with mashrabiya, beautiful wooden latticed style windows that allowed the ladies to observe the street below yet protect them from view. These homes had winter and summer rooms on different sides of the house that were used during the appropriate season. They were built to capture the sea breezes in summer and the sun in winter when the climate was cooler. Air conditioning or heating did not exist in these homes and all had roof top gardens, where the families could relax on Persian rugs, enjoy traditional Arabic coffee with dates followed by mint tea. Jeddah has hundreds and hundreds if not in the thousands of old coral homes, most in need of restoration. As in other cities, as the population grew, families moved out from the inner-city center to bigger and larger palaces and homes by the water. The funds required to restore these old homes is colossal and Sami Al Nawar from Jeddah has tirelessly worked to gain funds for the Historical Preservation of old Jeddah. 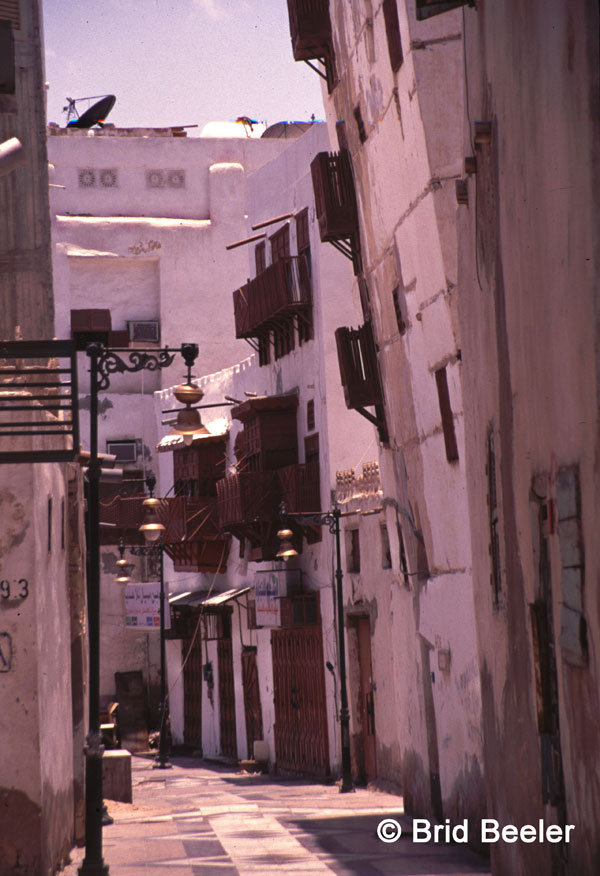 We found Jeddah to be extremely colorful both in dress and people. The people were different, more open and we saw, not just faces from all over the world, but faces from all over the Kingdom as well. Many lived here as they felt they could ‘breathe’ in Jeddah, their women folk particularly felt it was more relaxed, but the humidity was truly repressive. Walking outdoors in Jeddah during the daytime felt like getting into a shower and never drying off completely. It was incredibly hot, and the concrete pavements reflected the heat making it feel even hotter. The covered areas in the souq were arches of galvanized metal which ensured the heat was even more oppressive. The people were friendly and the colors of fabric and spices in the market were immense. Every type of spice or condiment imaginable for cooking was available and you could smell the heady scent of cloves and cinnamon in the air.