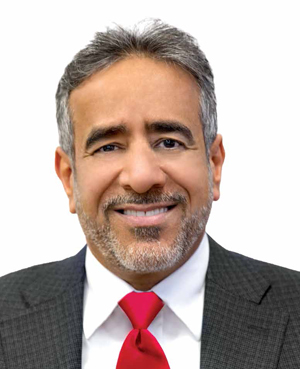 Al-Abdulqader has more than 36 years of experience in oil and gas operations with Aramco. He joined Southern Area Producing right after graduation in 1985. Between 1985 and 1997, he worked in several posts with Southern Area Oil Operation facilities as an operation engineer, an operation foreman, and an operation superintendent.

During the execution of these projects, Al-Abdulqader worked for five years on managing the Front End Engineering and Detailed Design with out-of-Kingdom design offices.

In 2009, he become the manager of the South Ghawar Producing Department, and in 2013, he was assigned as the general manager of Safaniyah Oil Producing.

In December 2013, Al-Abdulqader was assigned as the general manager of the Unconventional Resources organization, where he led the development of the unconventional resources in Northern Arabia, South Ghawar, and Jafurah.

Al-Abdulqader graduated from the University of Toledo in Ohio, U.S., with a B.S. and an M.S. degree in Electrical Engineering.

He has completed a number of executive leadership programs during his career with Aramco, including the Executive Development Program at the International Institute for Management Development (IMD) in Lausanne, Switzerland, and the Oxford Energy Seminar in Oxford, U.K. 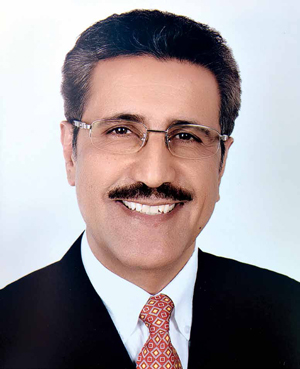 Prior to taking on this new position, AzZahrani had been general manager of Prospect Portfolio Development — a role he assumed in March 2013. He had previously been manager of the Area Exploration Department.

AzZahrani joined Aramco after earning a B.S. degree in Geology from King Saud University in Riyadh. He started his career as a geologist with the Wellsite Geology Unit, transitioning through a series of Exploration divisions before becoming chief explorationist with Southern Area Exploration in July 1998.

In 2004, AzZahrani served as acting manager of the Reservoir Characterization Department before being named manager of that department the following year.

He remained with Reservoir Characterization until 2010, when he took on a leadership role with the Upstream Ventures Department, managing Aramco’s interest in Upstream Gas Joint Ventures.

In August 2011, AzZahrani was named manager of Area Exploration. During the same year, he held the position of manager at Eastern Area Exploration before taking on the assignment of general manager with Prospect Portfolio Development in 2013.

During his career with Aramco, AzZahrani has attended a number of executive management programs, including the Massachusetts Institute of Technology’s Sloan School of Management, the Executive Business Program, Tuck School of Business at Dartmouth in New Hampshire, and the Oxford Management Center at Oxford University in Oxford, U.K.