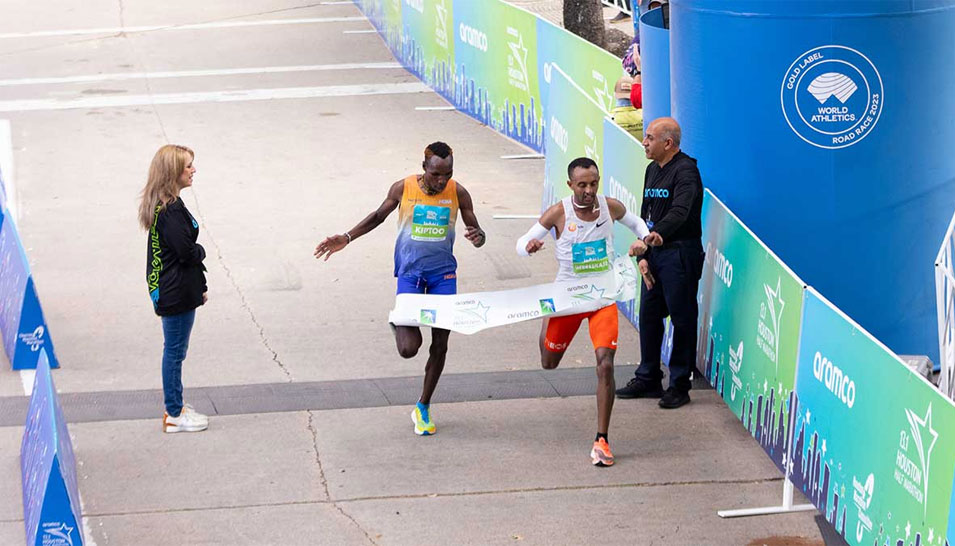 Just meters before the finish, Leul Gebresilase of Ethiopia slipped by Wesley Kiptoo of Kenya to break the tape.

The 19th Aramco Houston Half Marathon shattered an American record. More than 300,000 runners, volunteers, and fans from around the world came to Houston Marathon Weekend, Jan. 13-15.

The event also includes the Chevron Houston Marathon and the We Are Houston 5K, co-sponsored by Aramco. 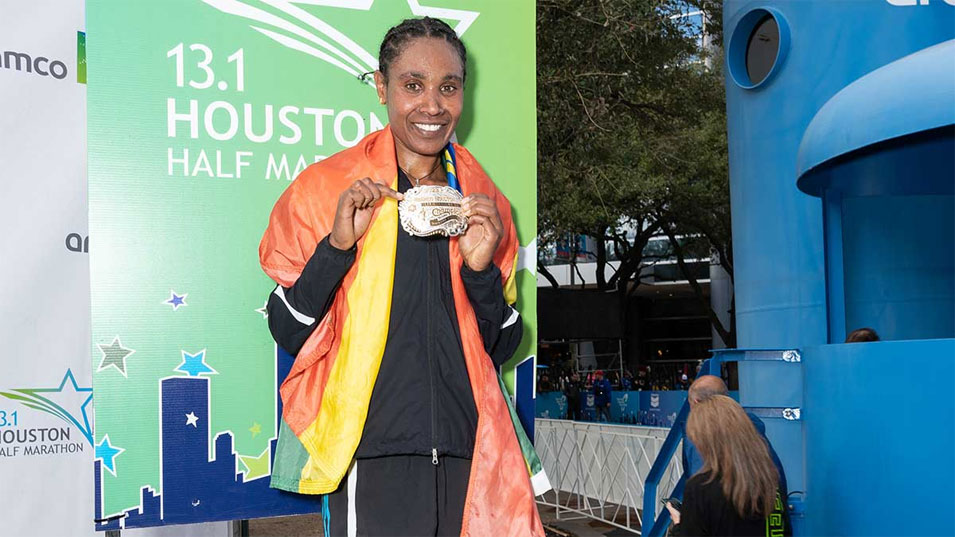 In Houston, she became the first American woman to run a half marathon in under 67 minutes. She also holds the American women’s record for the fastest 26.2-mile run. 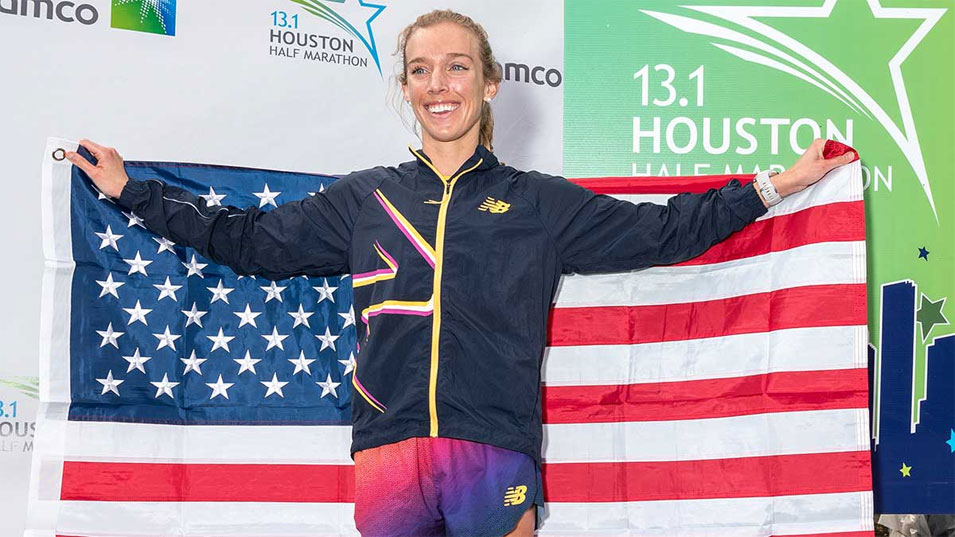 “I was soaking up the energy,” said Sisson. “I was happy with how I was able to finish today. Whenever I can pick it up in that last half mile, I know I have done it right.” 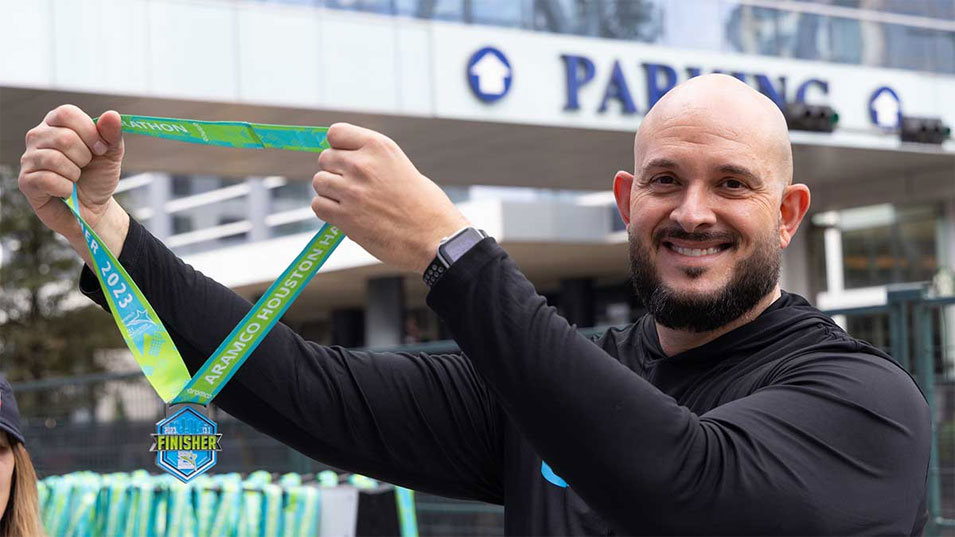 From Across the U.S., Around the World

Elite athletes and recreational runners came from all 50 U.S. states and 108 countries to compete. The half marathon and marathon races combine for Houston’s largest single-day sporting event.

Houston Marathon Weekend generates over $50 million in economic impact for the region annually and supports numerous charities and causes chosen by runners.

“We are proud to take part in this world-class event as title sponsor for the 19th year,” said Rania B. Biltagi, Public Affairs director.

“Aramco has called Houston home for nearly 50 years, and we are committed to continue supporting the City of Houston and the runners who have made this one of the most popular half marathons in the world.” 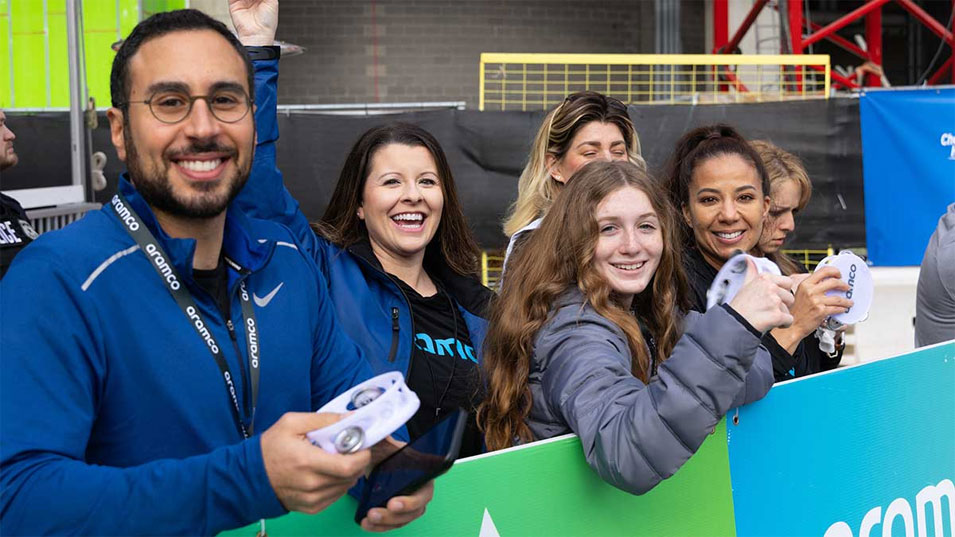 Down to The Wire

The men’s half marathon was one of the closest in race history according to the Houston Marathon Committee. Leul Gebresilase of Ethiopia and Wesley Kiptoo of Kenya traded surges with one mile to go. Just meters before the finish, Gebresilase slipped by to break the tape. Gebresilase finished in first place in 1:00:34 to Kiptoo’s second-place finish of 1:00:35.

The Aramco Houston Half Marathon winners won $10,000 with Sisson earning an additional $5,000 for her record.

“This event not only celebrates athleticism and endurance, but it importantly spreads awareness of local charities, and fosters camaraderie.” 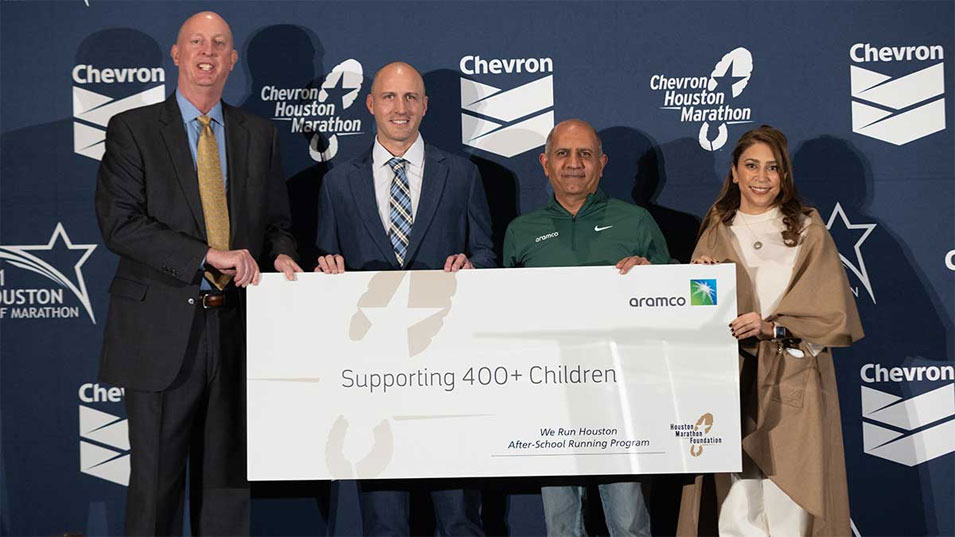 New for this year, Aramco supported the Houston Marathon Foundation’s We Run Houston After-School Running Program. Aramco’s donation provided 400 Houston-area youth with running shoes, sports apparel, and training. More than 350 youth participated in the We Are Houston 5K race and 50 students ran in the Aramco Houston Half Marathon.

Additionally, Aramco employees and the public selected to support Friends for Life Animal Shelter with a donation under the Run for a Reason program. 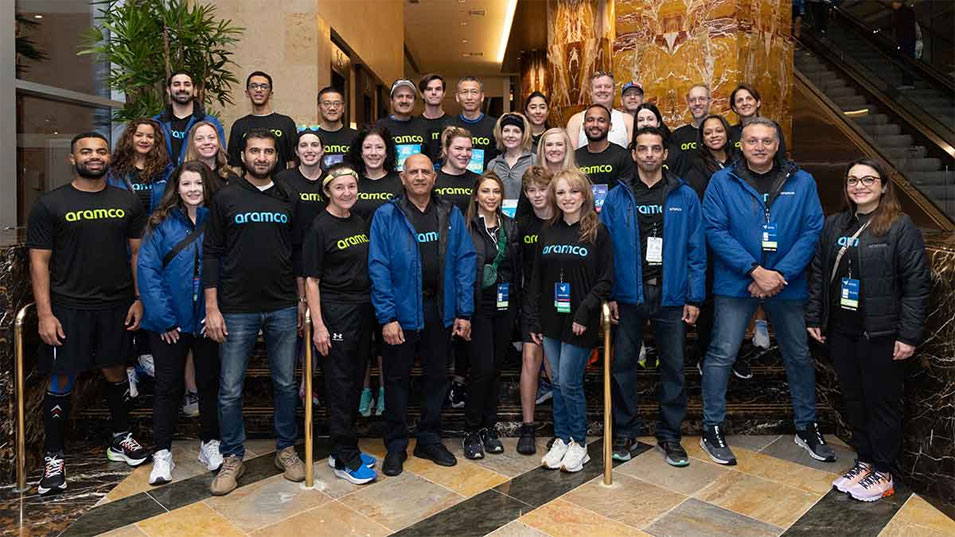