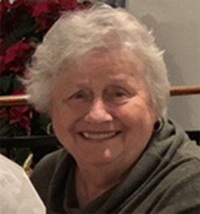 Cecilia was born May 18, 1943, in Bronx, New York to the late John and Margaret (nee Casey) McKenna. She worked most of her life as a School Teacher, having graduated from Mercy College, Tarrytown, New York with a master's in education. She taught various subjects to students up to 10th grade in the U.S. in New York City and Indianapolis, as well as overseas in Bahrain, Iran, Saudi, Venezuela, and Guam. She was an avid mah-jong player, an American history buff, and enjoyed the old classic black and white movies.

Mass of Christian Burial will be offered 12 noon, Monday, May 16, 2022, in the Church of the Holy Cross, 631 South State St., Dover, Delaware. Burial will follow in Barratts Chapel Cemetery, Frederica, Delaware.