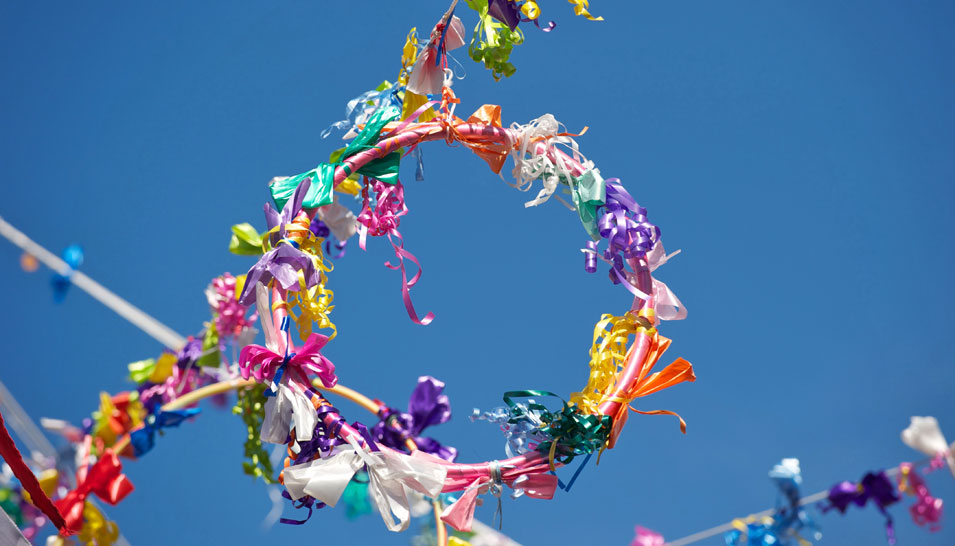 With April quickly drawing to a close and May but a few short days away, I remember Tale’s words and muse about how, for thousands of years, people have been celebrating the rhythms of the seasons and the arrival of spring in particular.

Although a few may differ, most scholars agree that the month of May was named after the Greek Goddess Maia—daughter of Atlas, lover of Zeus, and mother of Hermes—who was closely associated with fertility and the earth. Historians trace the origins of today’s May Day celebrations to agricultural rituals intended to ensure fertility for crops held by the ancient Egyptians, Greeks, and Romans. In classical Rome, the arrival of spring was celebrated during the Floralia, a five-day festival wrapping around the 1st of May paying homage to Flora, the goddess of fruit and flowers. The Floralia was marked by dancing, the gathering of flowers, the donning of colorful garments, and much general gaiety. In ensuing centuries, pagan festivals such as the Celtic Belrane (“Return of the Sun”), known for its fire ceremonies and huge feasts, and the German Walpurgis Night (April 30), when witches were believed to await the arrival of spring the next day, added new elements to the May Day tradition. 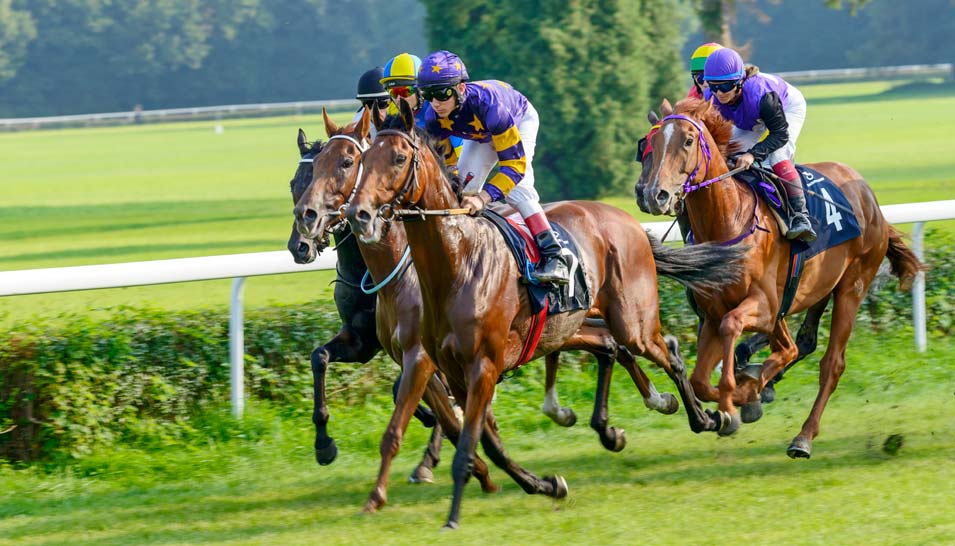 As a sign of modern times, every day in May now has its own set of special events associated with it, their exact nature and number depending on where in the world you happen to be on that particular day. If you’re a fan of thoroughbred racing and living in the United States, for instance, the first Saturday of May will likely find you glued to your television set (or iPad, laptop, or smartphone, etc.) watching the latest running of the Kentucky Derby. If you’re an American fan of tap dancing or flying paper airplanes, meanwhile, then the 26th of May is your two-for-one special day in May—both National Tap Dance Day and National Paper Airplane Day are celebrated then. (Yes, there really are such things!) And—here in the U.S., anyway—you needn’t be a Mexican to celebrate Cinco de Mayo, a holiday honoring the victory of the Mexican army on 5 May 1862 over French forces at the Battle of Puebla during the Franco-Mexican War. In America, Cinco de Mayo is not so much a day of remembrance as it is an excuse for having a good time.

For many centuries, the 1st of May—May Day—has been a day of festive celebration for people everywhere. Notably, it is one of four days of the year (Groundhog Day in America on the 2nd of February is another) that astronomers call “cross-quarter days”—meaning they fall midway between an equinox (the two points on the calendar when the sun illuminates the Northern and Southern Hemispheres equally) and a solstice (the two points on the calendar when one hemisphere experiences its longest day while the other experiences its shortest day). May Day celebrations as they are practiced today are the result of a cross-pollination of pagan and Christian traditions that have since been largely secularized. I recall from my youth with great fondness two traditions long associated with May Day—Maypole dancing and May-baskets. 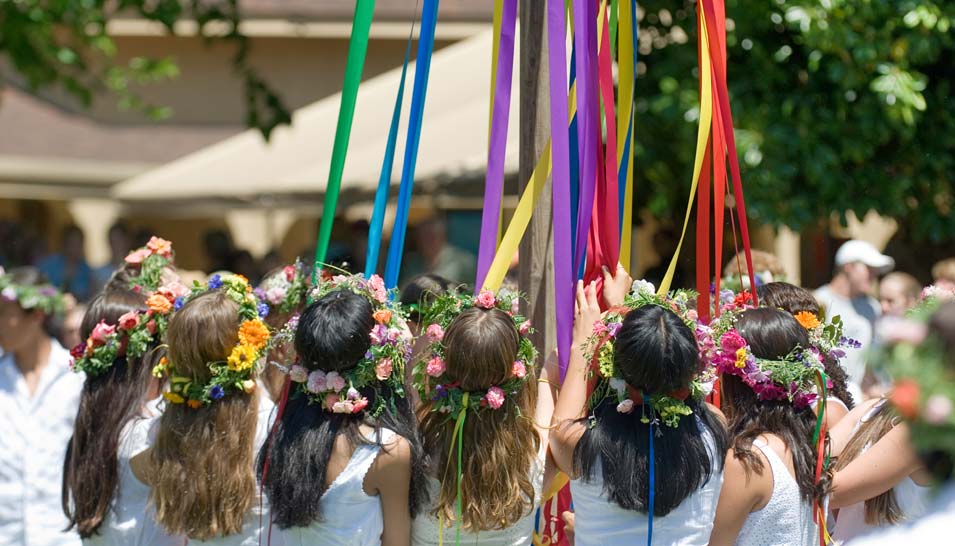 As with most subjects with centuries-long traditions behind them, historians argue over the exact origins of Maypole dancing. Some scholars trace them back over 2,000 years to the religious practices of ancient Germanic tribes. Germanic tribes from the BCE are known to have worshiped sacred trees and to have gathered in cathedral-like groves rather than churches. Julius Caesar is said to have once ordered their destruction as part of efforts to subjugate pagan tribes he considered a serious threat to Roman hegemony. A second school of thought traces the origins of Maypole dancing instead to practices that became commonplace in German towns in the 10th century CE.

Here in the early years of the third millennia CE, May Day continues to be celebrated in Europe (and less often in America) by Maypole dancing, a form of folk dance from Germany, England, and Scandinavia. The first and most popular form of Maypole dancing as practiced today consists of dancers performing circle dances around a tall pole festooned with garlands. In another, less-commonly-seen form, the dancers move in a circular pattern around a much smaller pole, each one of them holding a colored ribbon attached to the top of the pole. As the celebrants cavort around the Maypole, the ribbons become intertwined. At the appropriate moment, the dancers reverse direction and retrace their steps in reverse, unwinding the ribbons in a movement meant to symbolize the lengthening of days as summer begins.

While Maypole dancing continues as a popular tradition in Europe, the once-popular tradition of May-baskets has largely disappeared here in the U.S. save for in certain isolated pockets where enthusiasts continue to honor the practice. The mother of AXP Managing Editor Kara Swayne is one such devotee. 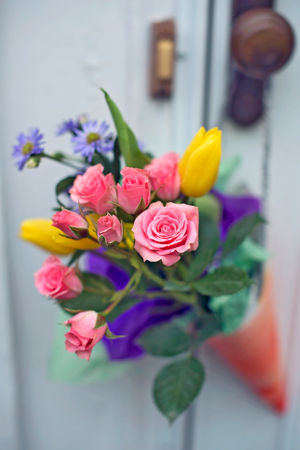 “My mother loves putting together May-baskets and hanging them on people’s doors without them knowing,” Kara reports. “She’s been doing it for as long as I can remember, and she continues to do it today. I love it! I wish more people would do it. It’s so much fun.”

It is not a coincidence that Kara’s younger sister was named “Maya” by her mother, Maya being an alternative spelling of Maia.

This colorful custom from springtimes past consists of gathering flowers and candies and other treats, placing them into decorated baskets, and hanging the results on the doors of family members, friends, neighbors, or anyone you consider special. Once upon a time, the giving of May-baskets on the 1st of May was a widespread rite of spring here in the U. S. Sadly, it’s not so anymore and hasn’t been for decades. It is up to hold-outs like Kara’s mom to keep this merry tradition alive. Spring is a season of joy, and what can be more joyful than finding a basket filled with goodies hanging on your door courtesy of someone you love?

An 1871 newspaper account from Illinois describes the May-basket ritual as practiced back then:

“A May-basket is—well, I hardly know how to describe it; but ’tis something to be hung on a door. Made of paper generally, it contains almost anything, by way of small presents you have in mind to put in it, together with your respects, best wishes—love, perhaps. It is hung after dark at the door of anybody the hanger fancies.—Which done, the said hanger knocks and scampers. If a boy hangs a May-basket on a girl’s door and the girl catches him, it’s a great disgrace. If a girl hangs a May-basket on a boy’s door, it disgraces the boy again not to catch her.”

A friend of the AXP staff has a May Day story of his own he recently shared with us in which he described an experience he had visiting Helsinki, Finland on a May Day over twenty years ago:

“I had just arrived in Helsinki with a business associate from an extended trip to Russia, the last week of which we spent above the Arctic Circle in Murmansk—not exactly what one would call the garden spot of the universe, especially back then in the chaotic days following the collapse of the Soviet Union. Mike and I couldn’t wait to take hot showers, change our clothes, and experience civilization again.

“Scrubbed clean and freshly attired, we decided to take a stroll down a garden-like esplanade bisecting the center of the city and leading to the harbor area where, the concierge at the Hotel Presidentti advised us, restaurants and good times awaited travelers like us. Everywhere we went along the way we encountered Finns of all ages—from young children and teenagers to their parents and grandparents—partying like there was no tomorrow. Many of them wore the white student caps they had received upon graduation from high school. A Finnish friend explained to me later that for Finns, this day is like the first warm day in spring when a bear wakes up from hibernation after a long winter’s nap and returns to life. ‘After enduring a long and cold and snowy winter, Finns go totally crazy when spring and warm temperatures finally arrive,’ he told me. Judging from the community-wide joie de vivre I witnessed that day, he was no doubt right.

“Reaching the central Market Square, we came upon a crowd of students gathered around a large fountain with the tall statue of a mermaid figure standing in its middle. The statue was many times larger than the better-known ‘Little Mermaid’ statue gracing Copenhagen harbor. Apparently, it is an annual tradition for students from Helsinki University to visit that statue on May Day. They scrub her clean from all the bird droppings and such from the past year and crown her with a white student cap. It was quite a sight to see.

“In all my years of traveling, in all the many places I have visited, I have never seen so many people having so much good-natured fun together as I did that May Day night in Helsinki.”

Prior to the collapse of the Soviet Union, the 1st of May was celebrated in Moscow with an annual May Day parade in Red Square during which somber-faced Soviet leaders arrayed themselves behind the parapets of Lenin’s Tomb in the shadow of the Kremlin’s crenelated red brick walls as they viewed wave after wave of military might proceeding past them.

I’ll take Maypoles and May-baskets over that anytime.