The Heart of Arabia Expedition

Explorers are a noble breed, and Arabia has certainly had its share - Bertram Thomas, Lady Anne Blunt, Gertrude Bell, Harry St. John Philby, Wilfred Thesiger, and, of course, T. E. Lawrence - Lawrence of Arabia. You can add another name to that list. Mark Evans. 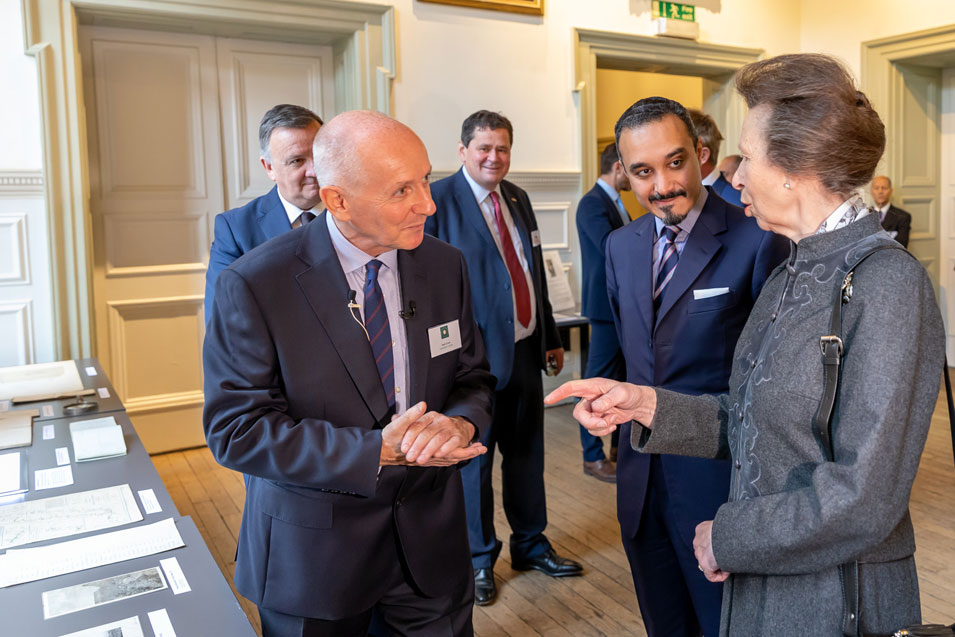 Princess Anne, Mark Evans and Saudi Ambassador to the United Kingdom, Khalid bin Bandar at the Royal Geographical Society for the Ceremonial launch of the Heart of Arabia Expedition. Image source, Matthew Tomkinson.

Mark is a Fellow of both the New York Explorers Club and the Royal Geographical Society in London. In 2011, he was awarded an MBE from HM Queen Elizabeth (RIP) for his work connecting cultures through intercultural dialogue. I first met Mark in 2009 when, sitting in the garden of my home in Muscat, we talked endlessly about our mutual love for the desert, the solitude it offered, and how lucky we were to be able to experience the riches of the desert.

Mark, a hardy Scot, moved to the Sultanate of Oman to head up the first Outward Bound school in the Middle East. He built Outward Bound Oman into the most extraordinary educational opportunity for those lucky enough to experience, along with Omani counterparts, the challenges and rewards of the desert.

Mark and I became friends, sharing stories of journeys traveled. I listened in awe as he spoke about his 55-day, 1,700 km, solo kayaking journey along Oman’s entire coastline from Musandam in the north and the inky waters of the Straits of Hormuz to the fishing village of Dhalkut in the south on the Omani Yemeni border. He also spoke of his year in the Arctic, living within 500 miles from the North Pole, where he experienced four months in total darkness.

Mark told me about his various planned expeditions, if he could secure the funding, following in the footsteps of some of the great explorers that had gone before...and he has done just that.

In 2016, Mark recreated Bertram Thomas’ 1930 expedition crossing of the Empty Quarter from Salalah, in Oman, to Doha, in Qatar. With two Omani companions, he traversed Ar Rub Al Khali, by camel and on foot. It was a 49-day journey that necessitated avoiding quick sands, enduring sandstorms, keeping the camels going as they hauled them up the dunes with heavy loads. Camels along with human masters need to be mentally capable of a journey of this nature in order to withstand the rigors they will face. Training takes months and knowing how to handle camels was paramount to the success of this trip along with strength of character to overcome the hurdles along the way. 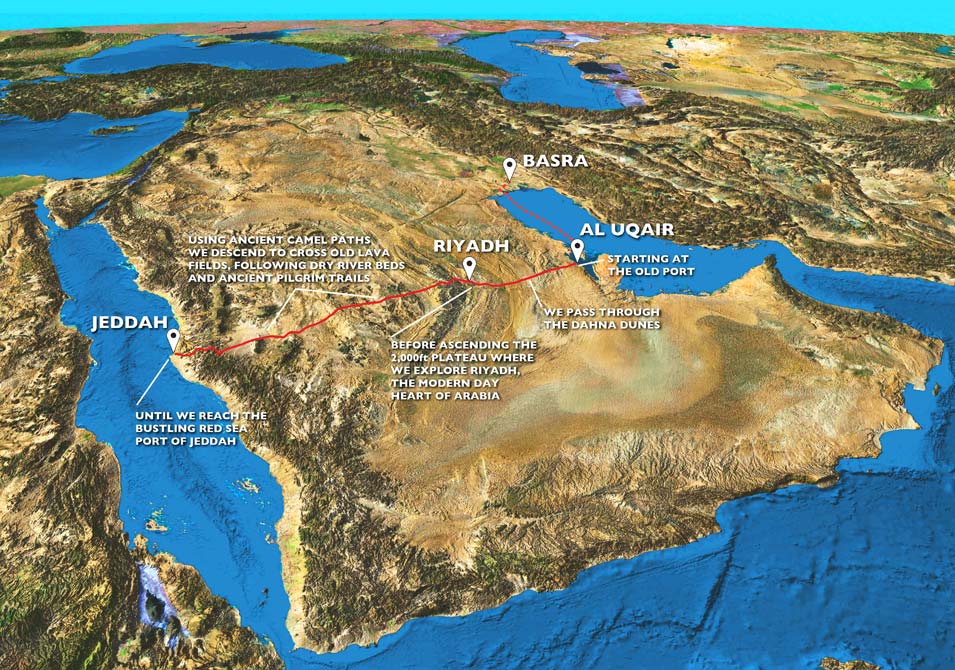 Now, Mark is on an even grander epic journey planned, the Heart of Arabia Expedition, which will recreate in two stages Harry St. John Philby’s epic crossing of Arabia from east to west. Mark’s expedition will begin next month, on November 15th, the very day that Philby began his journey 105 years ago.

Accompanying him on this trip is Philby’s Saudi granddaughter Reem, photographer Ana-Maria Pavalache and Alan Morrissey, who is handling all logistics for the team. As on Mark’s previous trips, time will be set aside for scientific research. Specific projects include studying bats inhabiting abandoned mud buildings, collecting data on neolithic flint tools, locating meteoric craters and a project related to how people respond to isolation.

The deserts of Arabia are harsh places to travel through, particularly over an extended period of time. The day-to-day grind of trying to get camels with their heavy loads across rocky terrain where the pads on their feet can become sore, will be a challenge as they cross the Saudi lava fields. Mark and his colleagues will also face extreme conditions, as desert temperatures at night often drop to zero and below, particularly in winter months in the heart of the Najd. It takes a certain type of person with great strength of character to keep the team and camels motivated.

You can follow Mark’s expedition by downloading the QR code embedded here in this article or visiting the expedition’s website, www.heartofarabiaexpedition.com. There will be podcasts documenting the trip as it progresses. I urge you to follow along in Mark’s footsteps. I will be rooting for a successful expedition and a well-deserved hot shower for the team at the end of the trip along with some extra alfalfa for the camels! 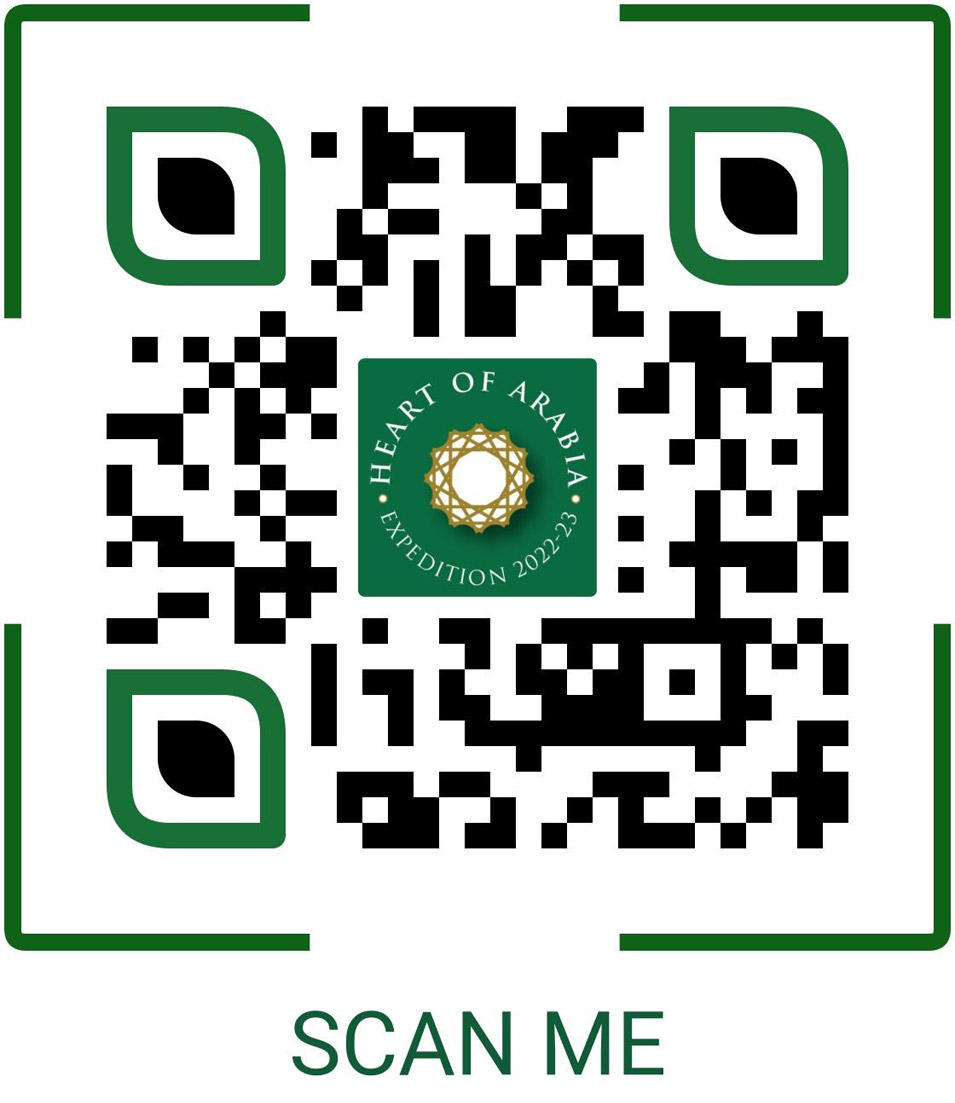