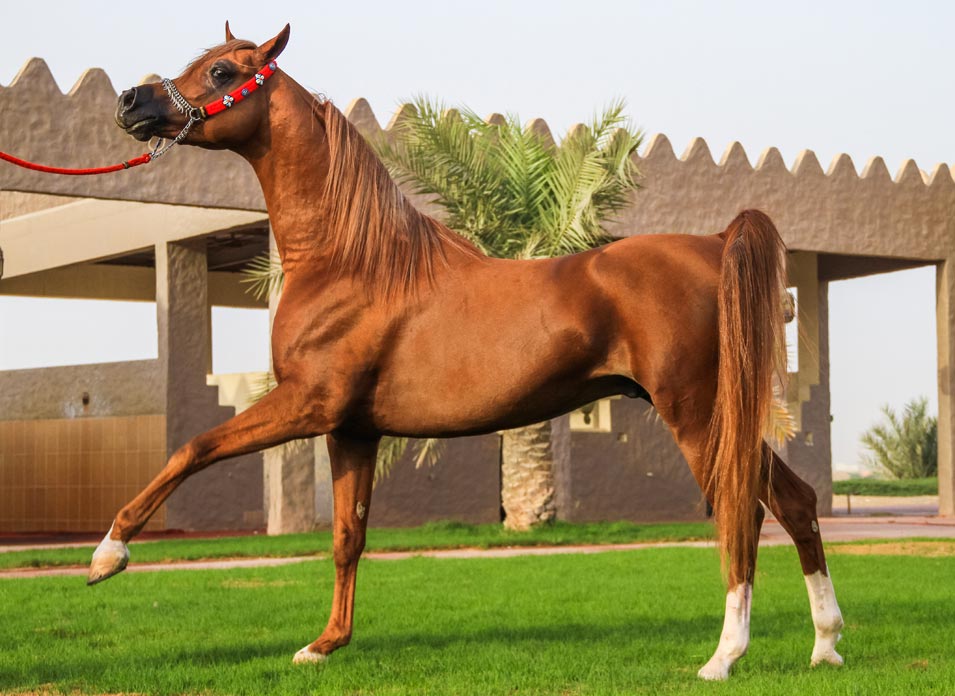 The four signature fauna of Saudi Arabia are the dromedary, the falcon, the Saluki, and the Arabian horse—magnificent creatures all. And while substantial arguments could be proffered on each of the four’s behalf in support of their claim to be called Number One, I deem it a fool’s errand anytime to bet against the Arabian. If horse racing is “the sport of kings,” the Arabian is the king of the sport of kings.

The breed has a long and noble history. The prophet Mohammed instructed his followers to look after Arabians and to treat them with kindness, declaring that Allah Himself had created them. Like the Saluki, in Arab culture, the Arabian has long been considered a gift from God.

Notable historical figures such as Alexander the Great, Genghis Khan, Napoleon, and George Washington all rode Arabians. At the end of World War II, General George Patton, famous for his life-long passion for equines, helped save a noted Arabian bred in Poland named Witez II from the hands of advancing Russian forces and arranged for his shipment to the United States. Witez stood at stud in his new home for many years, siring over 200 foals, including 16 national champions and one world champion in various competitions.

In America, millions of baby boomers like myself grew up transfixed by Walter Farley’s Black Stallion series of novels about an Arab sheikh’s prized stallion that saves a young American boy from a shipwreck and travels with him to the U.S. where spine-tingling adventures follow in rapid succession.

Despite the fictional racetrack victories of Black and his offspring chronicled by Farley, the Arabian, swift afoot though he may be, is prized above all for his beauty and spirit. Not long ago, a syndicate offered $20 million for a world-champion Arabian named Marwan, but their proposal was not even considered. Great resources and effort are being devoted today by breeders the world over to further perfect the breed, as though such a miracle were possible for a horse many already consider perfection on the hoof. Still, people continue to try, with stunning results, as witnessed to by horses like Marwan.

With its finely chiseled head, saucer-shaped cheekbones, long arching neck, and high tail carriage, a purebred Arabian is striking to behold. During my years of living in the Kingdom, it was not unusual for me to stop in my tracks to ogle at the magnificence of one of these beauties. The Arabian is Arabia, and Arabia is the Arabian.

Like the Saluki, the Arabian can trace its heritage back to the dawn of civilization some 5,000 years ago. No general consensus has been reached as to where exactly the breed first appeared, although strong arguments have been made for southwestern Arabia. Bedouins are said to have first begun selectively breeding Arabians around 2,500 BCE and have been carefully guarding its purity ever since.

Arabians are unquestionably intelligent and high-spirited. They’ve been called, “the thinking man’s horse,” and no one familiar with the breed would argue the point. They instinctively pick up on their rider’s mood and have an uncanny ability to gauge his/her skill level and horse-sense. You don’t order an Arabian around like you’re the boss and place unreasonable demands on him if you know what’s good for you. Understand your Arabian and treat him right, however, and you’ll have an intelligent and loyal friend. 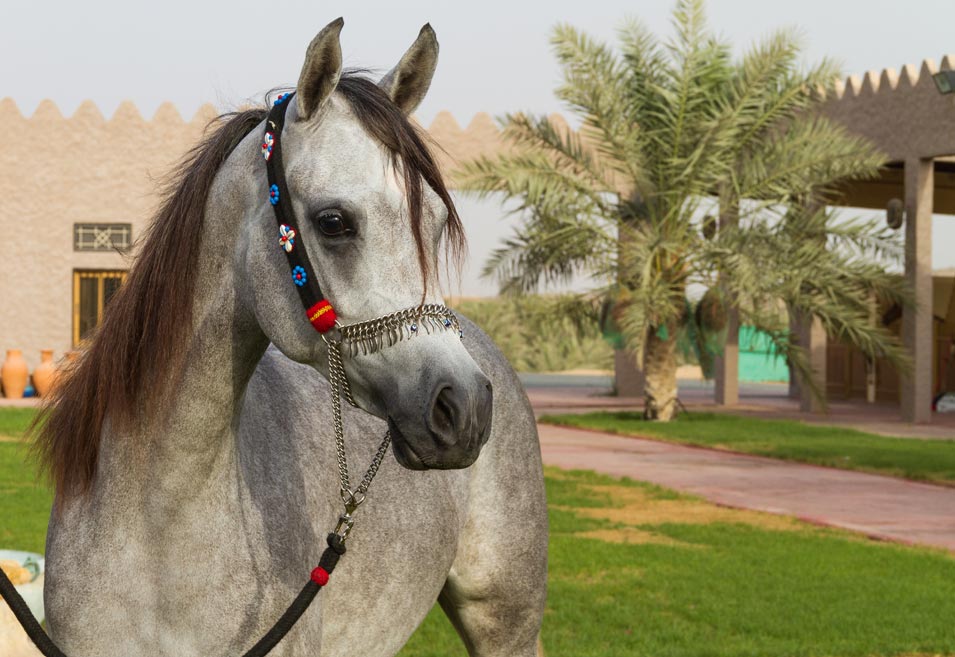 On the subject of equine intelligence, scientists from Kobe University in Japan recently published the results of their research into how horses cognitively interact with the humans they come into contact with. As reported in the journal Animal Cognition, they tested eight thoroughbred horses at their university’s equestrian club. The test involved a carrot (of course) which was hidden beneath a bucket by a caretaker. In one test group, a second caretaker was allowed to watch the carrot being hidden. In the other test group, another caretaker was not allowed to see where the carrot was being hidden. Afterward, the horses visibly prodded the ignorant caretaker, using several movements trying to alert him to where the orangey treat had been secreted.

The important point, the researchers argued, was not just that the horses knew where the carrot was hidden, but that they were able to adjust their actions and reactions based on the knowledge or ignorance of the caretaker in question. “This study is the first to show that horses possess some cognitive basis for this ability of understanding others’ knowledge state in social communication with humans,” they concluded. Owners of Arabians could have told them as much. All they had to do was ask.

Sometimes when people talk about the character of Arabians, I almost think they’re talking about Salukis. Am I alone in this, or have any of you readers experienced the same reaction? I’d like to know. Arabians and Salukis are two breeds apart, just as the Kingdom is a country apart. There’s something distinctive about Saudi that has lasting effects on every living thing there, two-legged or four, human, canine or equine.

More recently, the website SLO (San Luis Obispo) Horse News features colorful and informative stories about Arabians as part of its “The Arabian Horse Story Collection.” One of its most popular stories is “Communicating with the Arabian Horse,” which I highly recommend. It talks about the unique bond Arabians form with their owners. “Arabian Horse Saves Mary Beth’s Life,” meanwhile, is a real-life account of how a purebred Arabian gelding once saved its owner’s life. “Padron—A Real Life Fairy Tale,” on the other hand, recounts the life of a Dutch-born Arabian legend. For a full listing of Arabian stories available for viewing online, visit https://www.slohorsenews.net/arabian-horse-story-collection/.

In the United States, there are major competitions involving Arabians nearly every week of the year. In the last week of this month alone, the Arabian National Breeder Finals, the Autumn Classic Arab Show, and the Arabian Fall Classic will be held in Scottsdale, Arizona; South Jordan, Utah; and Eugene, Oregon respectively. For more information about shows in the US, visit www.arabianhorses.org.

In Europe, major Arabian shows are scheduled for later this year in Germany, Italy, Spain, Belgium, and France. A comprehensive listing can be found on the website of the European Conference of Arab Horse Organizations (ECAHO). For more information, visit https://www.ecaho.org/shows/shows-and-results.