Tales of the Bedouin – Part XII: Faisal and the Falcon, Part 1

In this piece, Mark Lowey chronicles the story of Faisal Al Qahtani, a young falconer from Abqaiq, Saudi Arabia, who learned the ancient art of falconry – and life’s lessons – from his remarkable father.

In 1992 Faisal Al Qahtani, age 7, trembled as he held the horr saker falcon for the first time. The bird’s sharp talons gripped the heavy leather glove on Faisal’s left hand and its eyes were covered by a soft leather hood. Faisal’s father assured him that everything would be all right. “Respect the bird and the bird will respect you,” said his father.

Faisal, the tenth of fifteen children, valued his father’s advice. Salem Turki Al-Mashali Al Qahtani instilled strong values in his children at an early age. “I learned from my parents patience, compassion, generosity, courage, and respect for others,” Faisal told me recently.

Before long, Faisal had earned the falcon’s respect and soon was invited to accompany his father, uncles, and older brothers on short trips to the desert near their village of Al Rajhah, Saudi Arabia. They would train and work their falcons and, hopefully, find houbara (bustard), arniba (rabbit) or al curwan (slender-billed curlew) to hunt. “My father loved falcons. He used to breed and train them, and they were with us in our house. If hunting time came, I went with my father and my brothers to hunt.”

It wasn’t until Faisal turned thirteen that he was first allowed to have a falcon of his own. It was a male horr named Jarrah. And so began Faisal’s lifelong love affair with falconry. 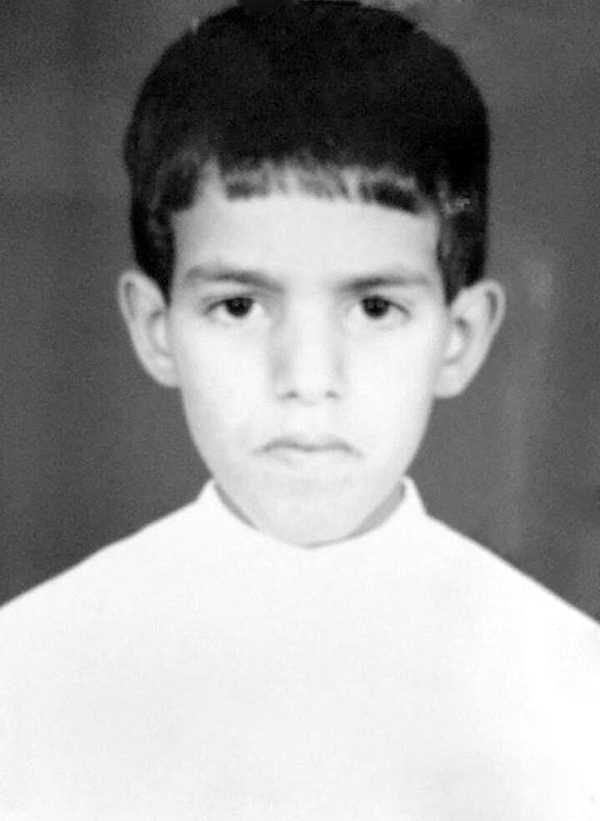 According to Syeda Ali, a writer on the Visit Saudi website, “Hunting with falcons has been an integral part of Bedouin history on the Arabian Peninsula for ten thousand years — archaeologists have even uncovered evidence of the birds among the remains of the Neolithic Al-Magar civilization found in the region. Although falcons were vital for survival in the harsh desert climates, hunting has been banned across much of the desert region since 1975, and the pageantry continues. Today, “the sport of kings” is a widely popular hobby throughout the Gulf region. And while many associate falconry with the region’s wealthy royals and elite, it continues to play a major role in the fabric of local Saudi life. The 2019 installment of the annual King Abdulaziz Falconry Festival, held near Riyadh in December, earned a Guinness World Record, with 2,350 falcons in attendance.” [1]

In The Gentleman’s Journal, one reads that “falconry, in the Middle East, is a practice reinvented. When traditional Bedouin camps were first established across the vast Arabian Peninsula, raptors were used to hunt live prey. “Borrowed” from nature, the birds were trapped and trained for several months, and then released back into the wild before the breeding season. Today, hunting is outlawed across many of the Gulf States, and the birds – rather than being borrowed from nature – are hefty investments.” [2] 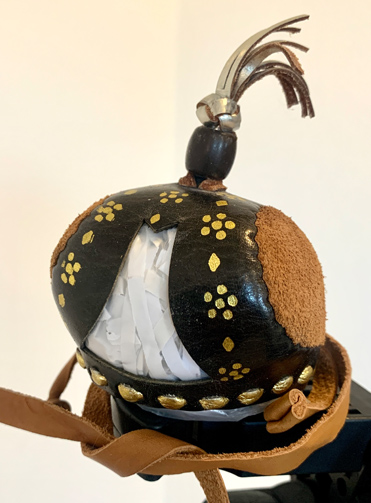 Faisal’s grandfather, Turki Mushait Al-Mashali Al Qahtani, was born in 1880 in the village of Khashm Dhuiban, 100 km west of Riyadh. In the early 1900s he was active in business and trade in and around Riyadh. Turki liked to spend summers near Abqaiq with relatives from the Al Qahtani and Bani Hajer (Hajri) tribes. At that time, automobiles were seldom seen in Saudi Arabia. Instead, he and his family traveled on camelback with a modest herd of around ten red camels, taking advantage of the plentiful water and grazing along the way. 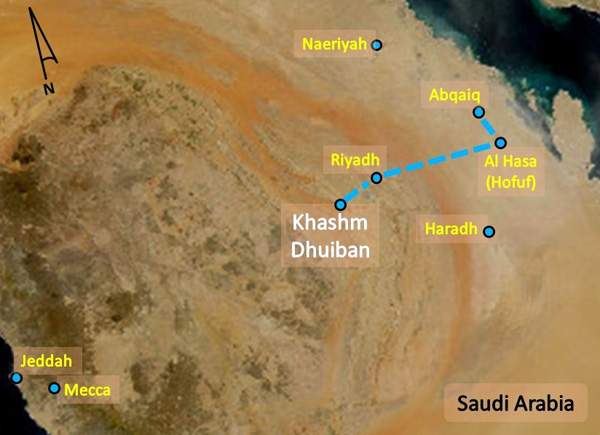 In 1917, on one of these annual trips to the Eastern region, Turki’s third wife, Sara, gave birth to twins, a son, Salem, and a daughter, Majda. Their birthplace was in a tent encampment at Bagah, north of Abqaiq, between a pair of water wells known as Sarra and Surair. (Bagah is near the present-day location of Aramco’s Abqaiq GOSP-2.) 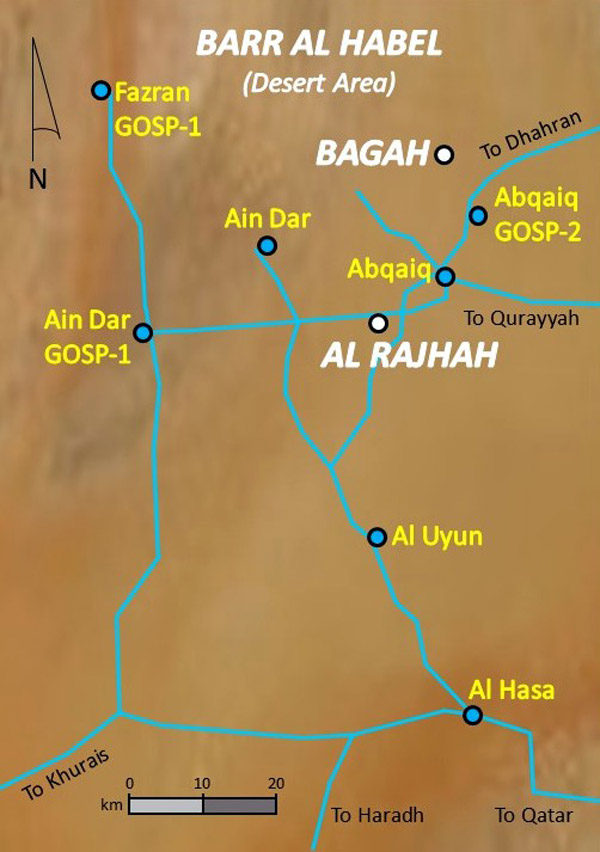 At age ten, the twins contracted smallpox. Salem survived, but Majda sadly succumbed to the disease. The sudden death of his twin sister impacted Salem for the rest of his long life. Faisal told me that his father was so proud of Majda that he would regularly refer to himself as “Majda's brother.”

At the time of the tragic loss of his twin sister, young Salem lived in Al Hasa and was learning to read and write at the local mosque. This period contributed to Salem’s personality and strong morals. He would become a moderately religious man dedicated to the Islamic values of charity and respect for one’s neighbors.

In 1930, having completed his studies at age 13, Salem returned to Khashm Dhuiban to live with his father. Salem spent these formative years working odd jobs and, with his trusty falcon perched on his arm, hunting whenever possible to provide food for his family. Notable in family lore is the new water well, called Al Hafayer, that Salem helped his father dig for the benefit of the people of the village.

In 1947, when Salem was 30, he married his cousin, Hessa, and they had two children, a boy and a girl, Ayedh and Sara. When Ayedh was seven years old he developed a high fever and since there were no doctors or hospital nearby, he died. Traumatized with grief, Hessa passed away within months of her son’s death.

In 1955, his life having taken such a tragic turn, Salem, now 38, decided to leave home and go to the Eastern region to find work. For nearly twenty years, he worked at a series of varied jobs. He drove a cargo forklift at the port of Dammam. He operated trains on the Saudi railway. He held various positions at Aramco. Never staying in one job for long, Faisal said, “My father liked to work in the summer, and when winter came, he submitted his resignation and went falcon hunting.”

Over the years, between 1960 and 1980, Salem developed a love for falcon hunting in the Rub Al Khali (Empty Quarter), traveling there annually with groups of friends and family. Each winter he assembled parties of up to twenty hunters, often including his best friends, namely, Barghash Al-Mansouri, Hamdan Al-Shaibani, Rashid Al-Marri, and Saad Al-Qahtani. They went by car and spent weeks at a time hunting bustard and rabbits with their falcons. 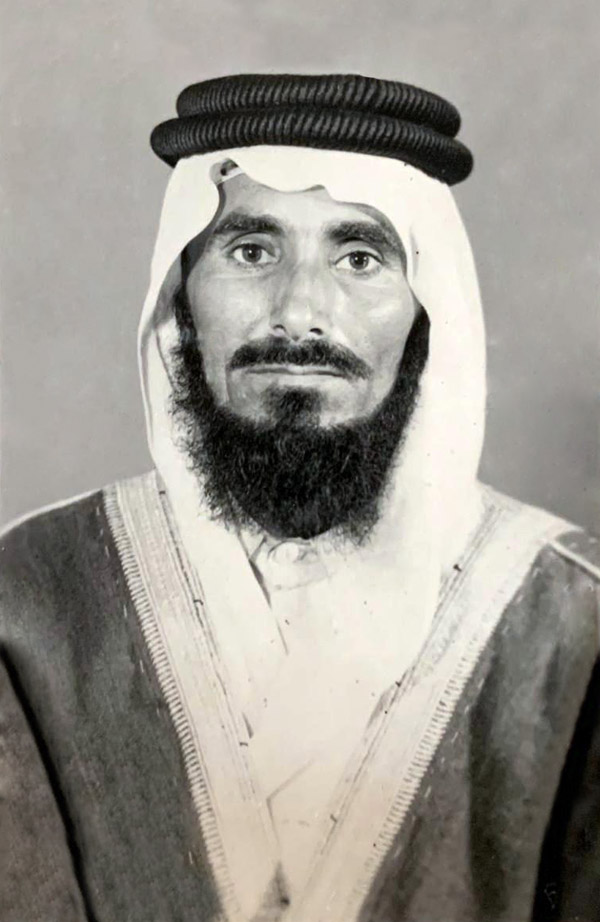 In 1968, after Salem turned 50, he married 15-year-old Hoya Mohammed Salem Al Mishal Al Qahtani in the desert area north of Abqaiq called Barr Al Habel. The bride price (payment from the family of the groom to the future in-laws) was five thousand Saudi riyals cash (USD $1,333), a gold bar, and two dresses.

Salem and Hoya started a family that grew to fifteen children, including Faisal, number ten, who was born in 1985.

In 1972, with a growing family and weary of traveling to his various jobs, Salem became the imam and preacher in the mosque of Al Rajhah village, a position he would hold for the next twenty years. 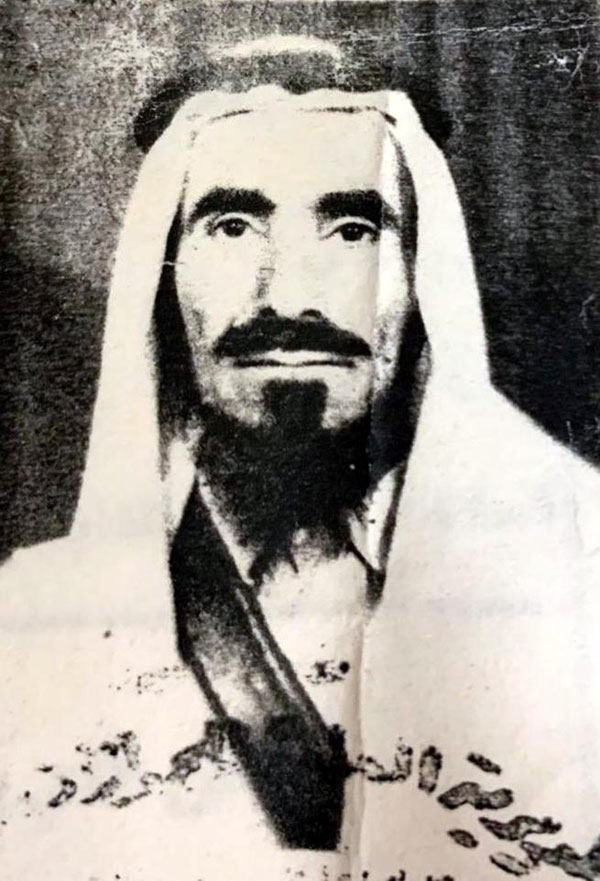 His devoted son, Faisal, remembers, “My father was loved by everyone and had good relations with all people without exception.” After a rich and varied life of joys and sorrows, Salem Turki Al-Mashali Al Qahtani died peacefully at the age of 90. 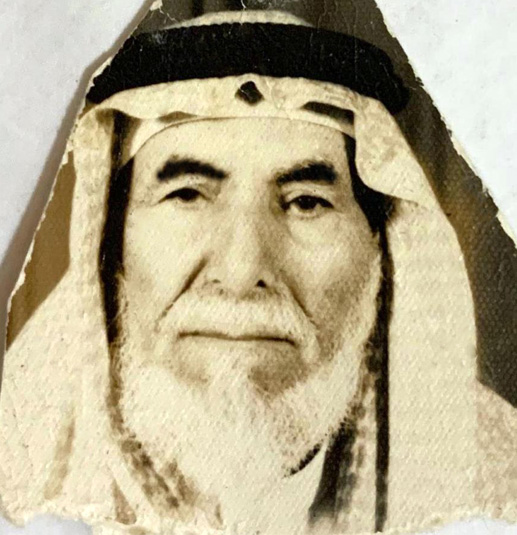 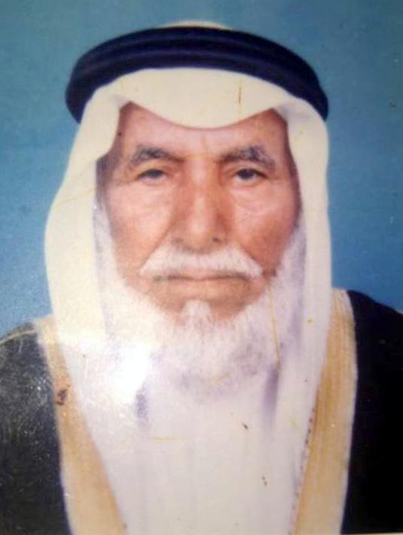 My father had a brother, nearly ten years older than him, who was a brave knight. His name was FaisaI. I am named after him.

Faisal fought alongside King Abdulaziz in the war against Yemen in the 1932. He died in 1935, at the age of 25, when he fell off his horse. His father, Turki Al Qahtani, was very sad and when he had another son, he named him Faisal.

Next month Part 2 will tell the story of modern-day Faisal, his family and how he continues to be profoundly and positively influenced by his father.

[1] Ali, Syeda. Visit Saudi website. Behind the pageantry, The history of falconry training in Saudi. https://www.visitsaudi.com/en/do/lifestyle/the-history-of-falconry-training-in-saudi 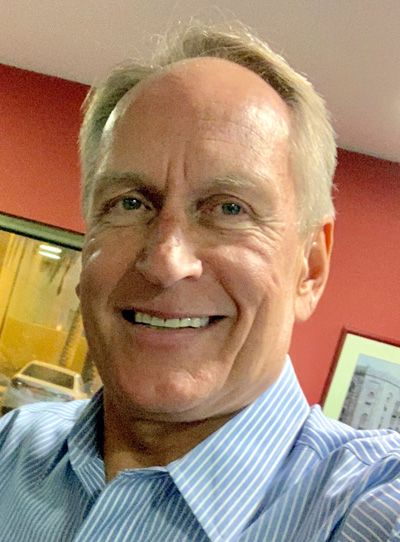