Saudi Dress: The Beginnings of a Modest Collection 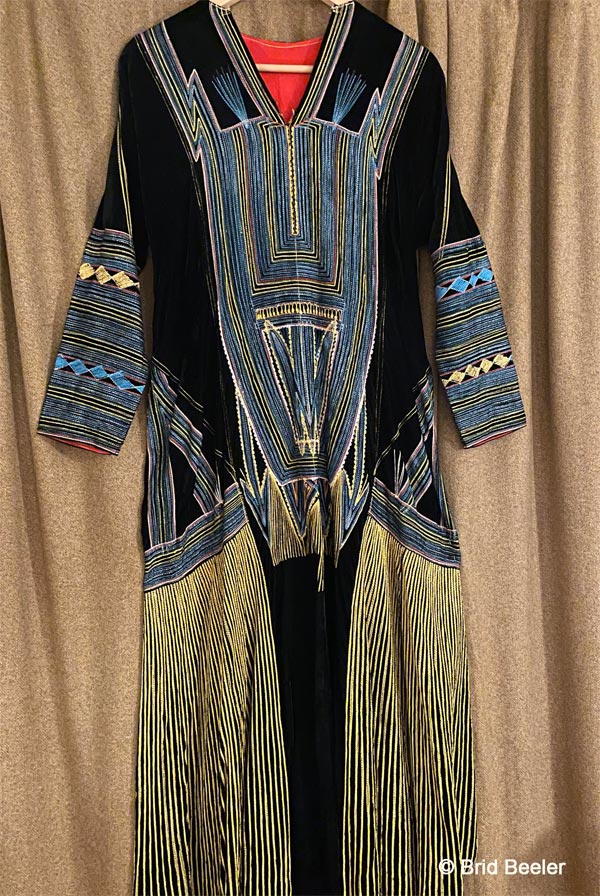 My first traditional Arab dress was a gift from a family in the Asir. It is a beautiful black velvet dress with blue and gold stitching on the bodice, sleeves and skirt.

I was in Kingdom in the late 1990’s on a consulting contract, part of which involved traveling for three and a half weeks around the country in a Nissan Patrol with a Saudi driver and an Indian cook. Nights were spent camping in the desert and in smaller cities like Hail and Al Jauf, we stayed in local funduqs hotels which were sparsely furnished in Arabian style. In Jeddah, after many nights camping in the desert, we stayed in a 3-star hotel with a welcome abundance of hot water. My journey took me south from Jeddah to Najran on the Saudi Yemeni border and in the Asir, we based ourselves in the village of Al Baha, at the ancestral home of the Al Zahrani family. 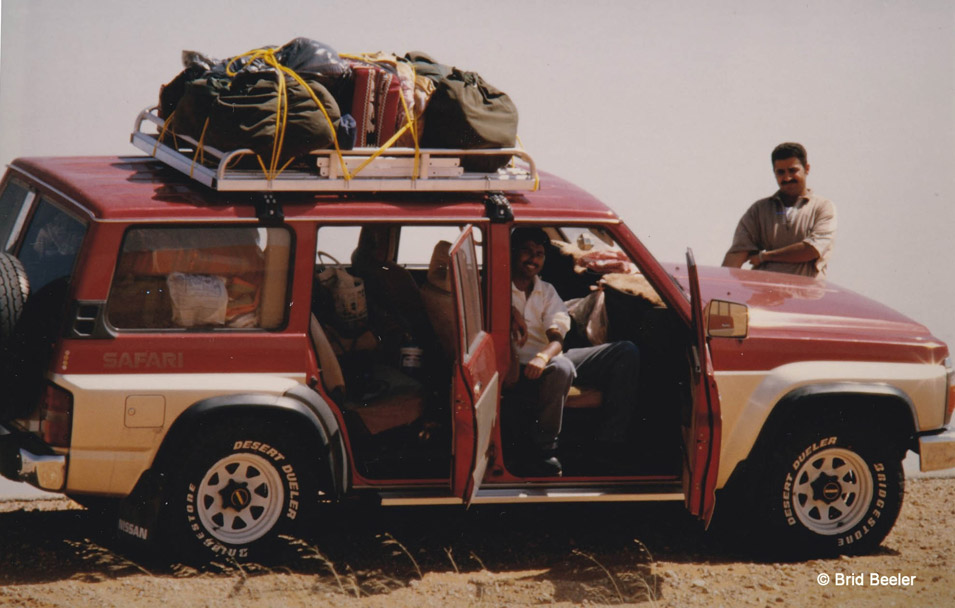 By day, we visited the villages in this area where people worked the fields, goats scrambled up and down the rocky slopes and sheep were kept close to home for fear of wolves who would snatch the baby lambs in the silence of the night.

We hiked to the marble village of Dhee Ayn and visited the many towers dotting the landscape throughout this region. These towers were built long ago as protection from nighttime desert raids. 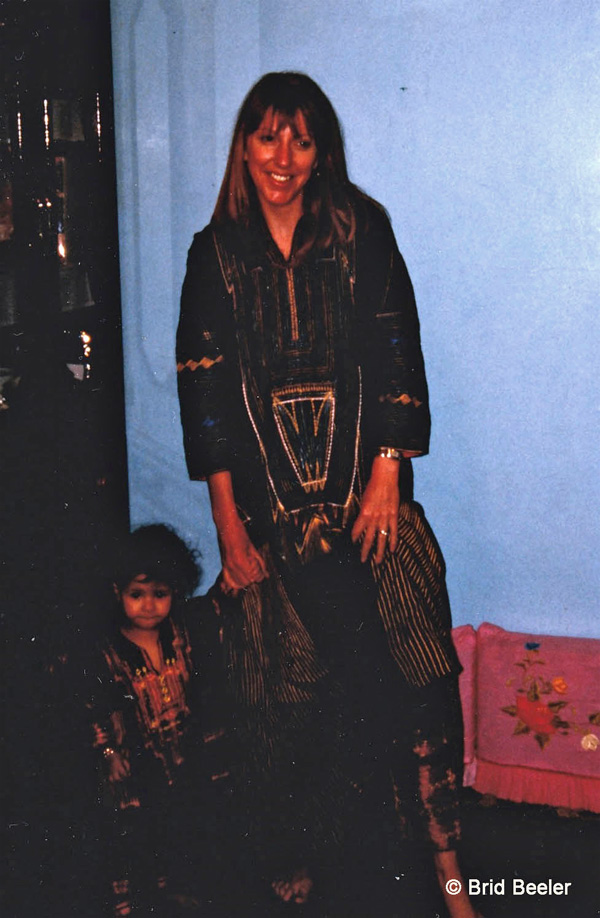 I was welcomed into the home of the Al Zahrani family for several nights as an honored guest. Their hospitality was remarkable. This was not a family that had traveled the world. Their travels revolved around Haj and Umra. One of the evenings after dinner, the family invited me to wear their regional Asiri dress with the traditional style of Hijab wrapped around my head accompanied by a silver belt at my waist. It was the only tribal dress ever gifted to me in all my years in the Middle East and this spurred my interest into collecting a few choice pieces over the years. While most tribal dresses were looked upon as old fashioned with the influx of modern fabrics and dress flooding the markets from India, one such institution that has kept alive the traditional fashion of Arabia is The Art of Heritage, part of Al Nahda Philanthropic Society in Riyadh. Its goal is to preserve Saudi cultural heritage and traditions. Through their collection, they continue to create reproductions of the 5 regional styles using a selection of imported wool, silk, linen and cotton. No two pieces are the same as Saudi women artisans embroider and hand stitch the gold and silver thread on each garment. 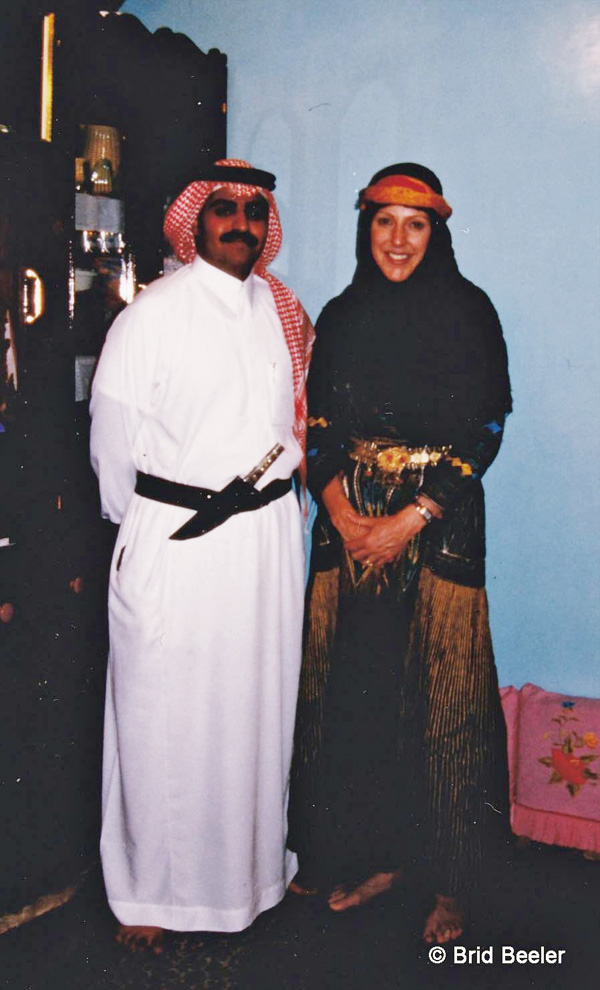 In recent years, Saudi fashion designers have taken their designs on the catwalks. Abayas have led the way. These are not the simple black silk abayas like what I purchased 30 years ago for more than 130 US dollars from First Choice, a well-known abaya fashion house. The farwa (or bisht) have morphed into garments that rival the traditional wool winter coat worn in the Northern Hemisphere. One such designer, Shahd Al Shehail’s label Abadia, mingles heritage, sustainability and Saudi identity. She features traditional Sadu design, the geometric weave typical of Bedouin societies. Many of her pieces are hand embroidered in Al Qassim where her company employs 45 artisans, with an eye to identity and culture, while binding history and elegance together. 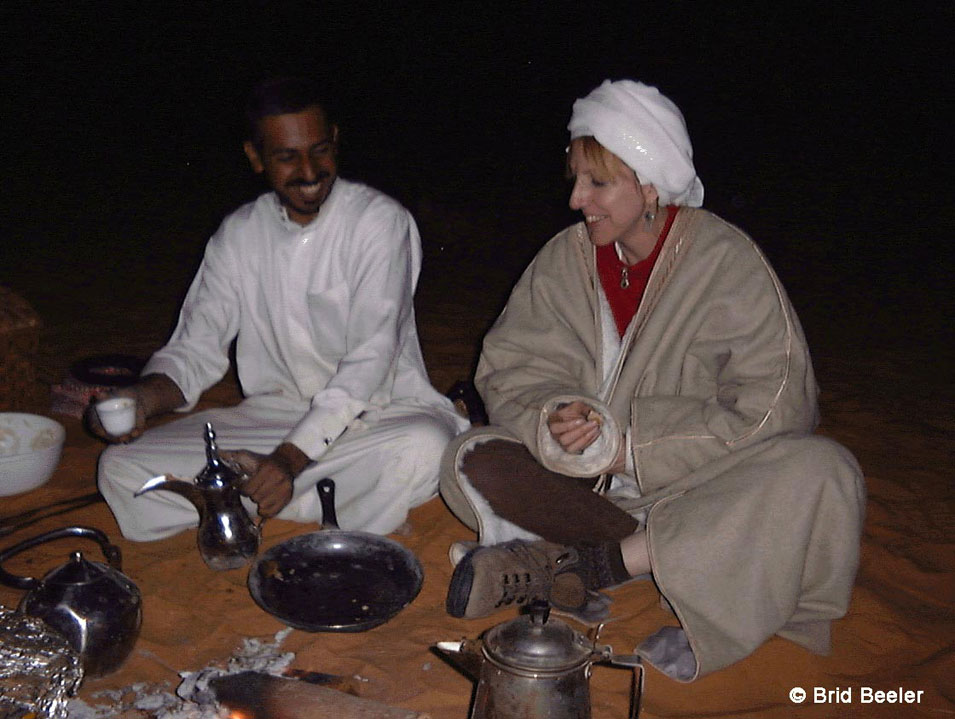 My own bisht is a man’s winter coat mainly worn by the Bedouin. The most common were lined with sheep’s wool and the finest and most expensive were made with camel hair. When I purchased my bisht in the late 1980’s, I wanted an original, lined with sheep’s wool, but the smell from the lanolin was so powerful that I easily succumbed to the benefits of synthetic white fake wool fabric. The outer shell is 100% pure wool and it has become one of my most valuable garments keeping the desert chill at bay. Whenever I return to the region, my bisht travels with me.