In celebration of Global Bird Weekend and World Migratory Bird Day, on Saturday, October 9th, birdwatchers in Saudi Arabia took part in this year’s October Big Day. During the event, the global birding community tried to record the highest number of bird species possible in a single day. By the end of the day that Saturday, the Saudi Birding Team had recorded a total of 221 species, putting the Kingdom in 44th place out of the 193 countries in which birdwatchers submitted checklists to eBird, an online database of global bird observations developed by the Cornell Lab of Ornithology. 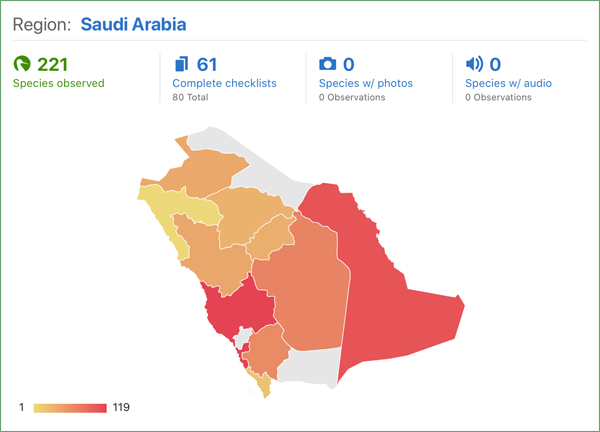 34 birdwatchers from ten regions in the Kingdom recorded 221 species in a single day.

Saudi Arabia outshone nearly all other countries throughout the Middle East and North Africa during the October Big Day, not just in terms of the total number of species recorded but also in terms of the number of participants and the number of eBird checklists submitted. 34 birders from around the Kingdom participated, including members of the Aramco and KAUST communities, and submitted a total of 80 checklists. Only two countries in the region recorded more species—Turkey, with a total of 243 species, and Israel, with a total of 234 species. 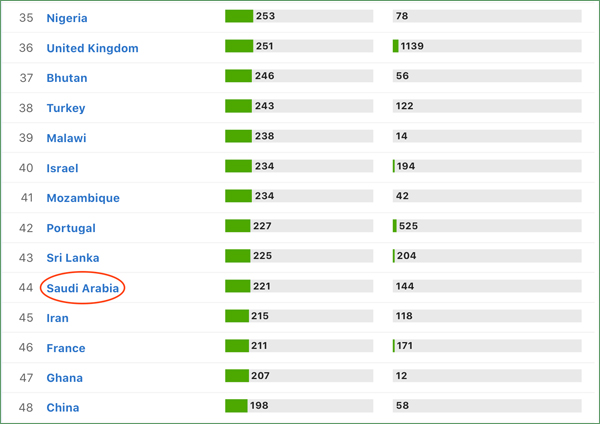 Saudi came in 44th out of 195 countries that submitted at least one eBird checklist on October 9, 2021. 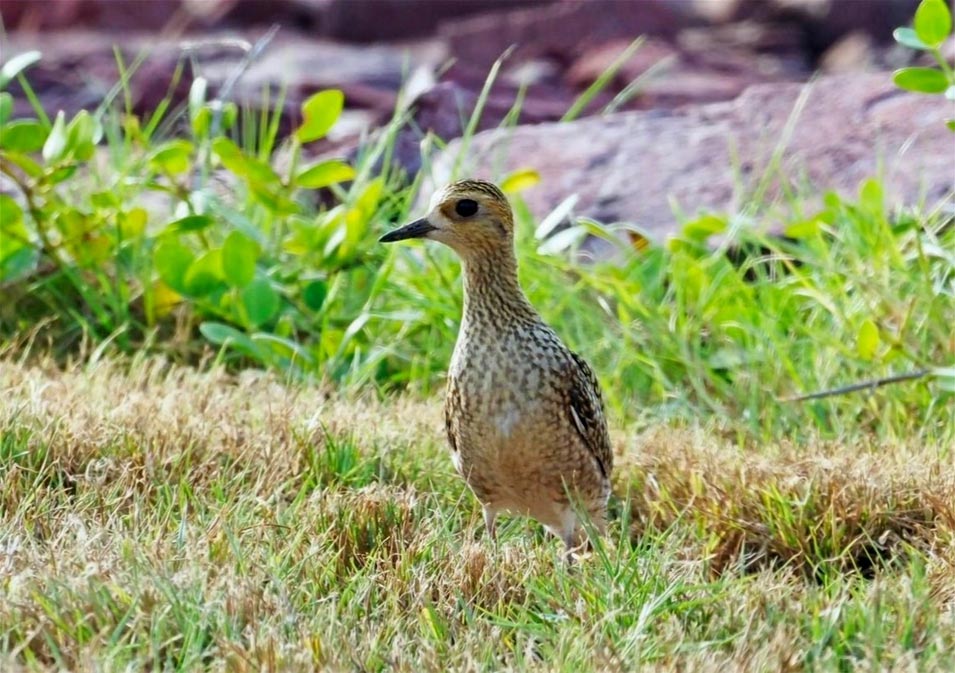 This juvenile Pacific Golden Plover, captured by Dr. Duha Al Hashimi, was the only one seen in the Kingdom during the October Big Day.

As Saudi Arabia did not participate in last year’s October Big Day, the Saudi Birding Team’s participation this year meant the real possibility of helping the global birding community beat last year’s record of 7,166 species. This is due to the fact there are 15 species that can only be found on the Arabian Peninsula and several more of which Saudi offers the best chances of seeing. For this reason, we were especially excited to see how the birders in the Asir Region would do, and we weren’t disappointed. The Asir crew, led by Jacky Judas and Ahmed Neyazi with a total of 54 species, recorded 10 of the 15 Arabian endemics, species not to be seen anywhere else in the world, including the Asir Magpie, an endangered species that can only be found in the Asir and Jazan regions. 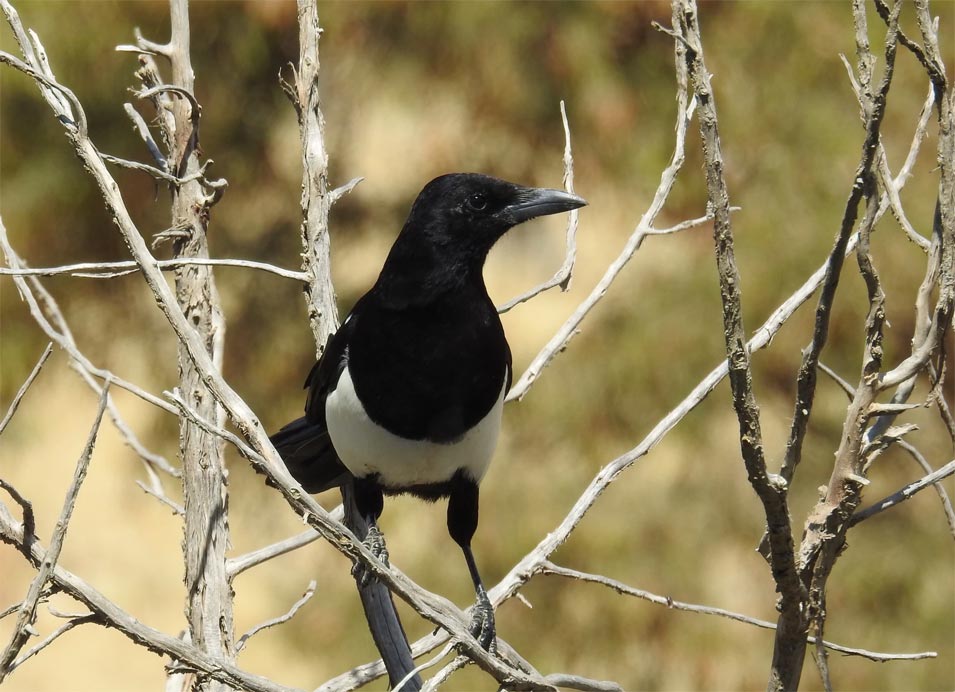 A beautiful image of the Asir Magpie captured by Jacky Judas during the October Big Day.

While the Asir crew worked hard to add as many of the endemics as possible, a few other members of the team made it their mission to track down species either unique to their region or particularly challenging to find elsewhere. Nader Al Shammari was a one-man birding crew up in his home region of Al Jawf, where he added several species difficult to impossible to find anywhere else in the Kingdom, such as See-see Partridge, Great White Pelican, Common Wood-Pigeon, and Thick-Billed Lark. Ibrahim Al Shwamin made sure to hit some desert hotspots north of the capital of Riyadh so that we would not miss the Arabian Lark, a species that occurs almost exclusively in Saudi Arabia, while Dr. Saad Ali in Al Qassim refound the Black Stork that he had discovered near him the day before. Jem Babbington took charge of the borderlands of Al Sharqiyah around Salwa and Batha and helped the team add Gray Francolin, which only occurs in a couple of farms a kilometer over the border with Qatar, as well as Sociable Lapwing and Jack Snipe. James Conder and I worked my local patch in Al Ahsa—Al Asfar Lake—to add Water Rail and Mustached Warbler to the day’s list, and Hussain Al Hrisi from Al Hasher, down in the Jazan Region, did some early evening birding for the team to contribute Abyssinian Nightjar, a species that’s been recorded only a few times in the past ten years. Lastly, Samuel Hodge, the team’s youngest member, made the only observation of Black-eared Kite during the Big Day from his local patch in Ras Tanura. 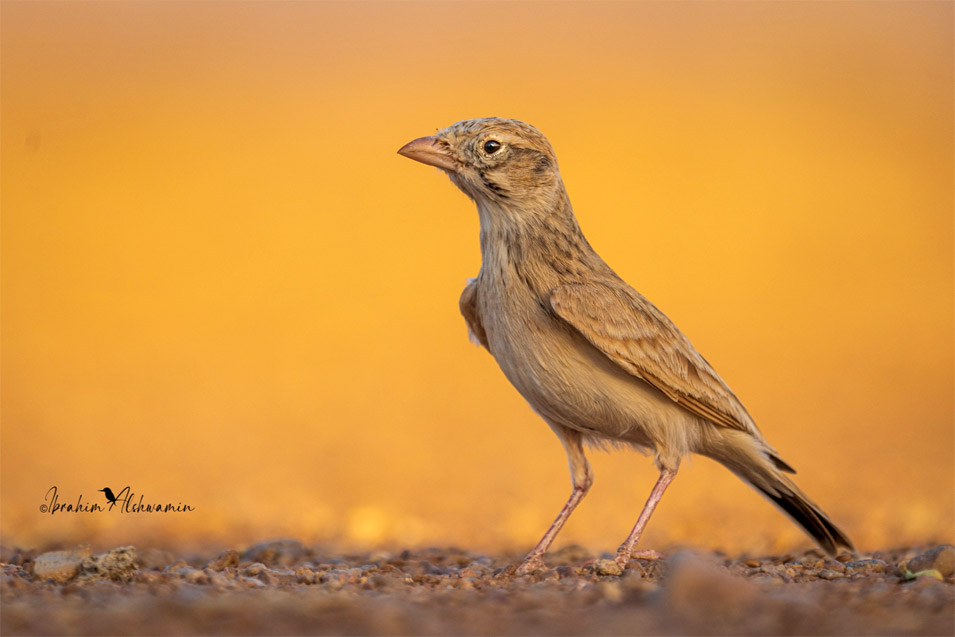 Ibrahim Shwamin recorded the only Arabian Larks for the world during the October Big Day. Here's his amazing capture of the lark from the end of September.

The October Big Day, however, was not an all-male affair. Several female birders—Saudis and expats alike—joined in the excitement and made some excellent finds, another important aspect of the diversity reflected in our birding team. At KAUST, Ute Langner, along with her husband Heiko, discovered two Black-winged Pratincoles, a member of an intriguing family of birds that are classed as shorebirds but very much recall large swallows in appearance and their agility in hawking insects in flight. Alma Swartz, a member of the Aramco community in Dhahran, added two species unrecorded anywhere else in the Kingdom—Oriental Honey-Buzzard and Red-vented Bulbul—while Dr. Duha Al Hashimi from Jeddah recorded the only Pacific Golden Plover of the day. 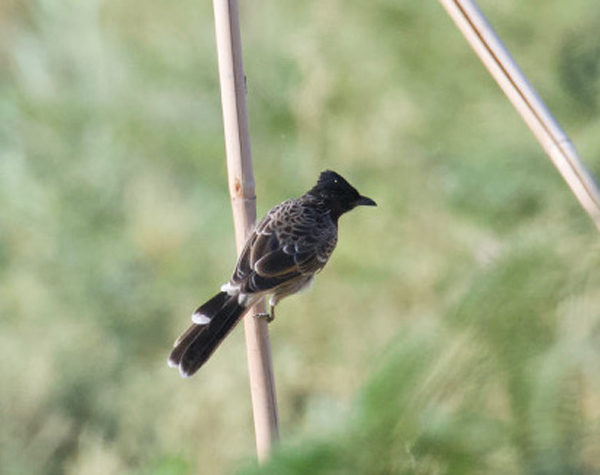 Red-vented Bulbul, captured here by Alma Swartz, is an introduced species that occurs at some of the Aramco camps.

One of the themes of this year’s October Big Day was the idea that birds unite our world. Indeed, great team effort and great birds aside, what made the October Big Day truly amazing was the sense of togetherness the event engendered, not just here in Saudi Arabia but around the region and around the world. We were united in common cause, driven by our mutual love of birds, despite all the ways some would have us divided. Great things can happen when we recognize and embrace that which unites us. Last Saturday tens of thousands of people around the globe were united in their love of birds and the desire to create a world in which people, birds, and other wildlife can live and thrive. The Saudi Birding Team were thrilled to be part of it! 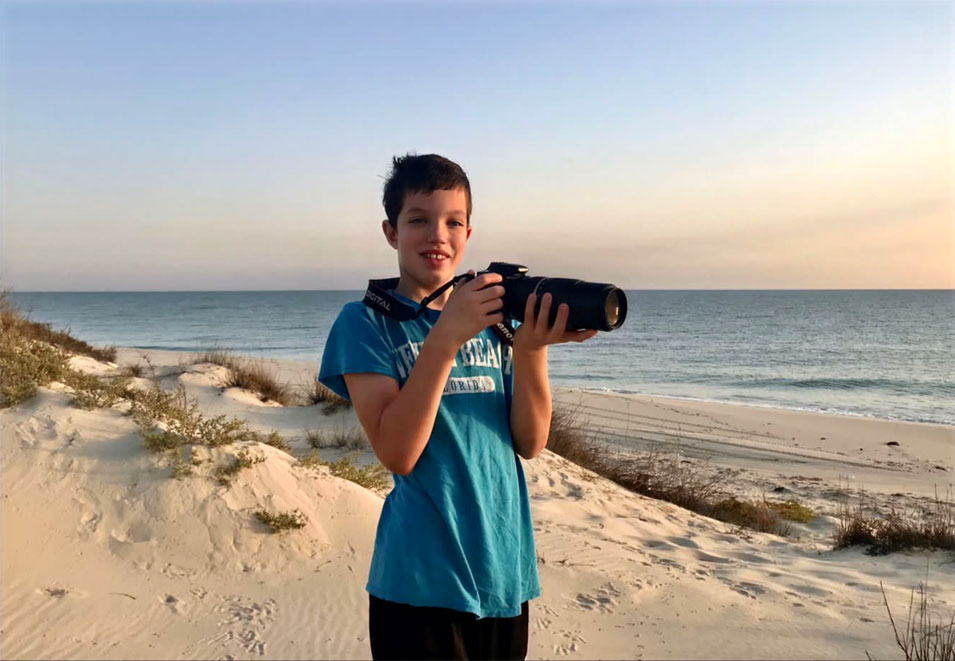 Samuel Hodge, our youngest team member, at the beach in Ras Tanura

And what of last year’s record? As of this writing, on Saturday, October 9, the global birding community recorded 7,269 species to eBird, 103 species more than last year, and guess what. 16 of those came courtesy of the Saudi Birding Team—16 species not recorded anywhere else on the planet!

The Saudi Birding Team cannot wait for next year’s October Big Day, and we hope you will join us and help our diverse and caring community continue to grow.