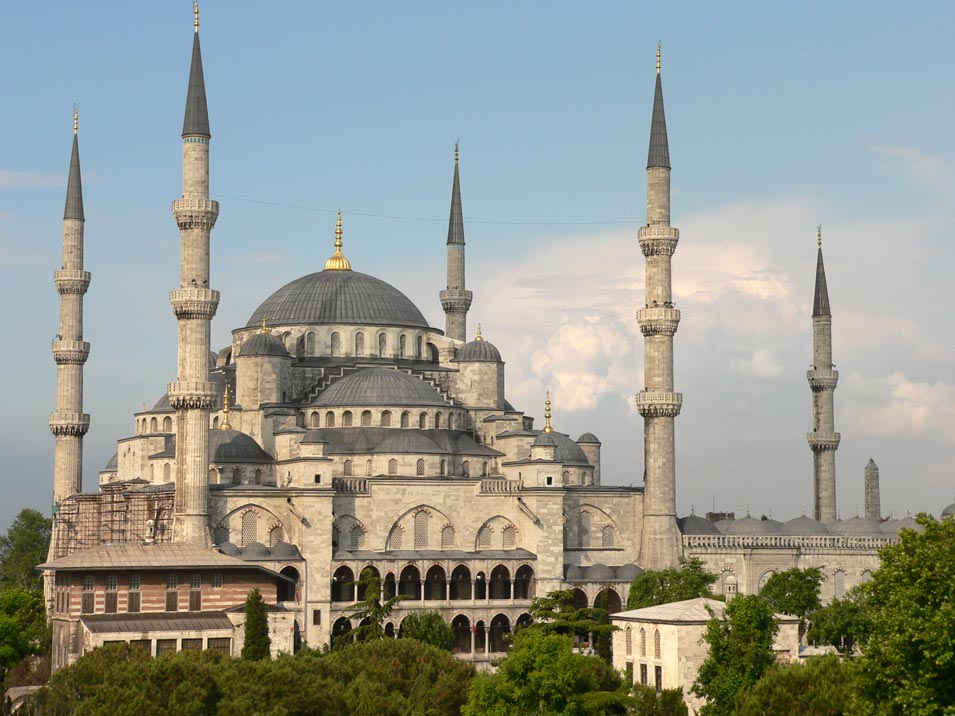 The next day was declared to be a definite “no driving day” and the Discovery Land Rover keys are stashed away. Breakfast was grabbed at the hotel before walking to the ‘Misir Carsis’ or Egyptian Bazaar, a busy and exciting place even in the rain. It is packed with all sorts of folks in many different dress codes and skin tones all yelling and pulling and pointing at the stuff packed into the bazaar. There are all sorts of stuff, including items we could not imagine anyone even thinking of buying, but we have been wrong before.

We then move on to Topkapi Place and many hours of sightseeing in this huge, interesting place that is full of history and Islamic culture. It showed the way the super-rich and super-powerful used to live; also, how the not-so-rich and the slaves existed, or did not, in days gone by. It was well worth a visit.

In damp and overcast conditions we surge along a street with the busy crowd, past stopped trams, and up a hill to the ‘Cennet’, a Turkish restaurant, which caters to tourists. We sit on carpets on the floor and eat crepes of spuds, stuffed peppers and spinach followed by coffee. All a bit touristy, and cheap and nasty with glitter and belly dancing, but we have to accept that we are tourists and as we are here, we might as well do it and join in.

With lunch complete, we hit the streets again and walk past the ‘Aya Safya,’ or Divine Wisdom, a Mosque which was a Christian Church until the conquest of Constantinople in 1453. This is one of a number of churches that changed its religion along with its ownership. We visit the Blue Mosque or Sultan Ahmet Camii Mosque and are amazed that after our many years in Saudi where we, as non-believers, were banned from mosques how open and accessible the holy building is. All that is asked is that you treat it with respect as you should any holy place. We are impressed by the size of the mosque, its roof design and construction, its ceilings, and its contents. 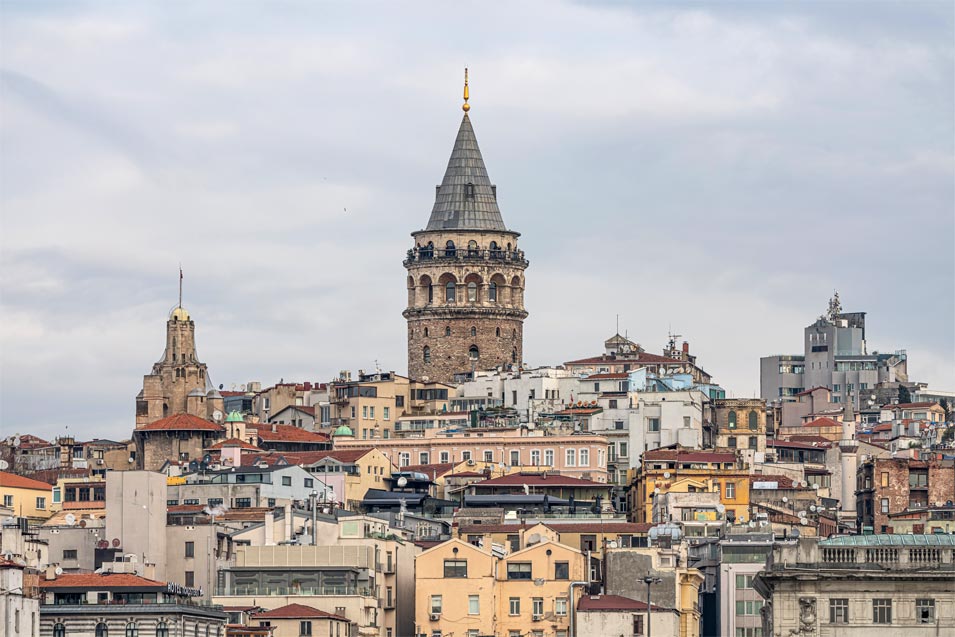 We exit the mosque and walk miles to and across the Galata Koprusu Bridge to the Golden Horn where, in pouring rain and falling temperatures, we do a fast U-turn and head back to the warmth of our hotel as quickly as we can walk. At the hotel, we complain about the low temperature but are told we should not complain, as the week before the city streets were blocked with snow. Later in the evening we go out in the heavy rain and buy tea and cakes in a coffee shop. On the way back we look at china plates in a shop but do not buy anything as space is tight in the Discovery.

The following morning is wet with rain pouring down as we check out of the hotel after breakfast. We start out of the city, heading west along the coastal highway past the airport. We turn off the coastal highway and onto the main toll road following signs for Edirne. After about 70km we turn south and follow signs for Gumusyakal. We leave the toll road after paying the TL 250,000 toll and drive along the coast to the town of Tekirdag on the north shore of the Sea of Marmara. We drive past Malkara and Kesan on a two-lane coast road with a poor surface and light traffic then stop to fill up with 61 liters of diesel at a fuel station. At 10:45 we arrive at the Ipsala border crossing on the Evros River where snow is lying on the side of the road but the rain has cleared.

The border crossing is on a narrow bridge across the river with the customs hut squeezed beside the road. As there are lots of cars, buses and trucks attempting to pass through the crossing in both directions, things become a little confused. The customs people are not impressed at me driving past this jam on the grass in front of their office but that is what Land Rovers are for. After a brief discussion and a check of passports, we are on our way in less than twenty minutes.