Saudi Arabia to Ireland by Land Rover in 1997: Arriving in Italy - Part XI 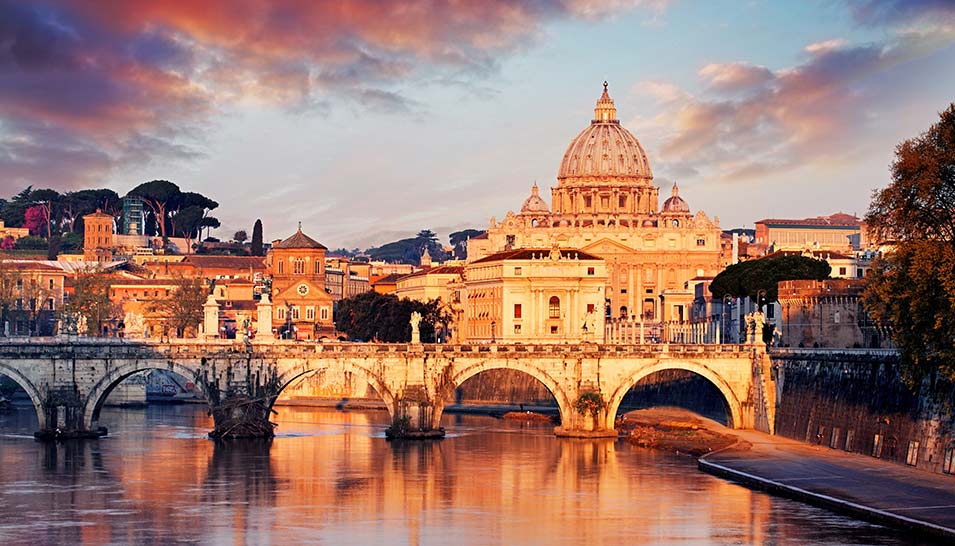 At noon on Tuesday, December 16th, with 12,543 km on the Land Rover Discovery, we arrive in Italy. As expected, because of the late departure, we have arrived later than scheduled and are further delayed by the customs people, who are slowly checking the unloading of trucks from the ferry. As the Discovery is blocked in on the upper deck of the packed ferry, we are unable to leave for a couple of hours. The police and customs check our passports carefully before we are allowed to leave the boat but when it is our turn to drive off the ferry, the customs people lose interest and we are waved through. There is a one-hour time difference between Greece and Italy, so we reset our watches and drive into a very quiet lunchtime in Bari. All banks and most shops are closed and we have no Italian money. We withdraw IL250,000 from an ATM on our Canadian bank card and hit the road again.

We join AutoRoute A-14/ E-2, an excellent but expensive toll road, which turns out to be the norm for Italian roads. We pass Canosa and Benevento to arrive in Avellino, where we stop for coffee and a snack. Coffee is in small cups and very strong, and not to my basic North American taste. Once back on the road, we pass through Nola and turn north onto the A-30 to bypass Napoli (Naples). At Marpianis, we turn onto the A-1(A-2)/E-1 and pass Caserta and Cassino with the Monte Cassino Abbey, of World War II fame, on top of its mountain. I have an uncle who served with the British army here during the war. After Anagni, we take the turnoff for Rome and travel on to the ‘Grande Raccordo Anulare’ (GRA), the road which goes around Rome

The GRA is clogged solid with traffic. We have no idea where we are going or even where we want to go. So, when in doubt, head for the airport where there will be hotels and parking and signs on how to get there. We crawl along with the other thousands around Rome, following the signs to the airport exit. At the airport, we find and check into the 4-star, ‘Satalite Place Hotel’ in Ostia, which is passed the Fiumicino (L de Vinci) airport, on the coast. The cost is IL 250,000 per night plus IL 30,000 to park the Discovery in an enclosed public car park. This hotel is well out of the city but, as usual, we are concerned about somewhere safe to leave our home on wheels, and Rome has a bad rep for break-ins and stealing. There is also a good public transport system into the center of Rome.

After an excellent breakfast in the hotel, which we can recommend highly as it is a pleasant place with a helpful and efficient staff, we walk to the train station. It’s a beautiful, sunny morning, and after purchasing tickets, we jump on the surface train from the Lido Centro Metro station, into the city to the ‘Maguana’ station. From there we take the underground train to Termini in the center of Rome and the number 64 bus to the Vatican City. Vatican City is on the left bank of the river and is packed with people. We see a couple of banks and nip into one which agrees to change some of our Turkish and Jordanian money at a terrible exchange rate, of course, about half the value; this was Rome after all. We visit and walk around for hours in St. Peter’s Church and the Vatican museum before proceeding to the Sistine Chapel to view Michelangelo’s Last Judgement. We are overwhelmed by the beauty of the buildings and their contents and are sobered by the history and workmanship surrounding us. We feel that everything else we have seen on our journey pales when compared to what is now before us.

We take a number 61 bus to the Colosseum and walk around for a couple of hours before having pizza and beers at an outside street cafe. We walk back passed the Piazza Del Campidoglio, Palatine Hill and the Roman Forum, which we walk the whole way around. We were yelled at by two men in a car to stop and when we do so, they try to sell us leather jackets, claiming they need money for fuel. All this in the packed street around the Forum, with cars zipping past, with horns blaring. We tell them to “forget it” and to "hit the road!”

Dark is approaching as we walk back through the busy streets, passing many different-looking people who are full of excitement and expressions. on our way to the train station. There is a great buzz on the streets and a wonderful atmosphere. We have had a fantastic day and the sights are breathtaking. I will not attempt to describe our feelings, except that at this moment we are full of the wonder of Rome, and we feel everyone should see them and enjoy them.

We jump on the hotel-bound train, in the same carriage as a bunch of train inspectors. One pushes his way through the crowd to us and demands to see our tickets. Little alarm bells go off in my head as I remember previous trips to Italy and the complex requirement of punching the time and date on the ticket, but then, after what we have been through, who really cares? The train inspector looks at our tickets, which of course are un-punched, and starts to yell and carry on about no time or date stamps. He pushes his way across the train carriage to his fat boss, who waddles back to us and threatens us with large fines, prison, beheadings, etc., and attracts a bunch of local train users who glare at us. I tell them the tickets should be complete when we purchase them, and besides, we have not a clue what they are talking about, and, besides, this is our stop, so goodbye. We jump off the train, pushing the fat inspector to one side. Followed by a barrage of yells and treats, we give them a wave as we stroll down the platform. We have just driven through the Saudi desert, Jordon, and the hell of Syrian border crossings, so do not really give a (hoot) about an Italian train inspector.

Back at the hotel, we telephone our mothers in Ireland who live on each side of the famous border and find all is well, except that there is a raging snowstorm in England, Scotland, Wales and Ireland, with blocked roads and no power. We call Canada and get word that my daughter, Jacquie, has had a baby girl, so I now am a granddad.