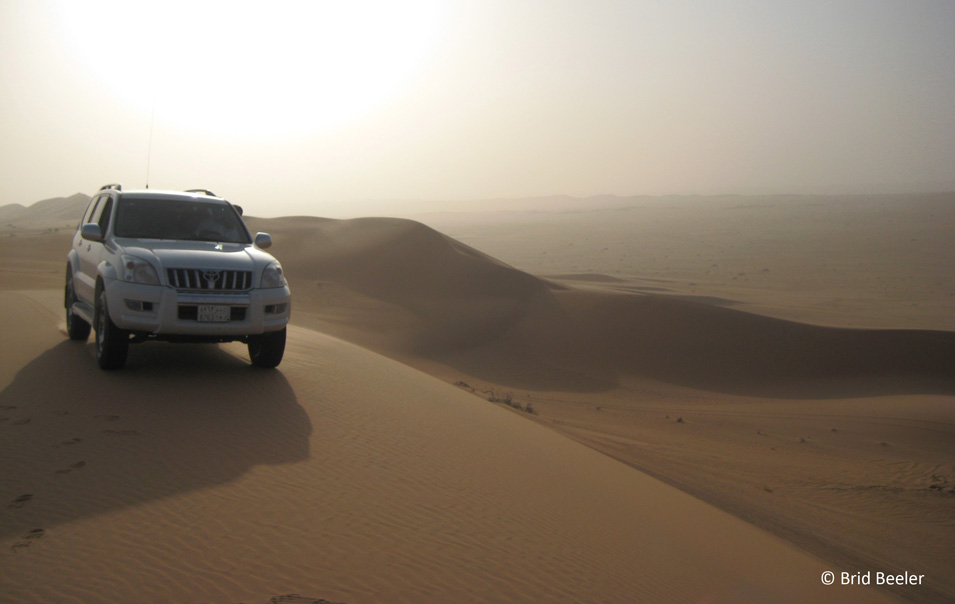 Tourism is rebounding strongly from the pandemic and no place is this more apparent than in the Middle East, where the surge in tourism is simply profound. Saudi Arabia’s tourism sector is emerging as a serious contender to GCC countries as Vision 2030 is delivering on its plans for the economy’s future.

Media attention on Saudi tourism is understandably high, but I am surprised at how many articles claim that tourism to the Kingdom is totally a new phenomenon and imply nobody has ever seen any of the incredible sites in Saudi Arabia before now. Have none of these writers ever thought of how expatriates of many nationalities have lived and worked in the Kingdom since the exploration of oil began in 1933? ARAMCO employees and their families, along with the expat communities from countless other organizations, have long been aware of the Kingdom’s attractions. Each generation discovers the world afresh, but it amuses me to see today’s internet ‘influencers’ suggesting that no tourist has previously set foot in places like Al Ula, or the Nabatean tombs of Al Hegra (Mada’in Saleh). 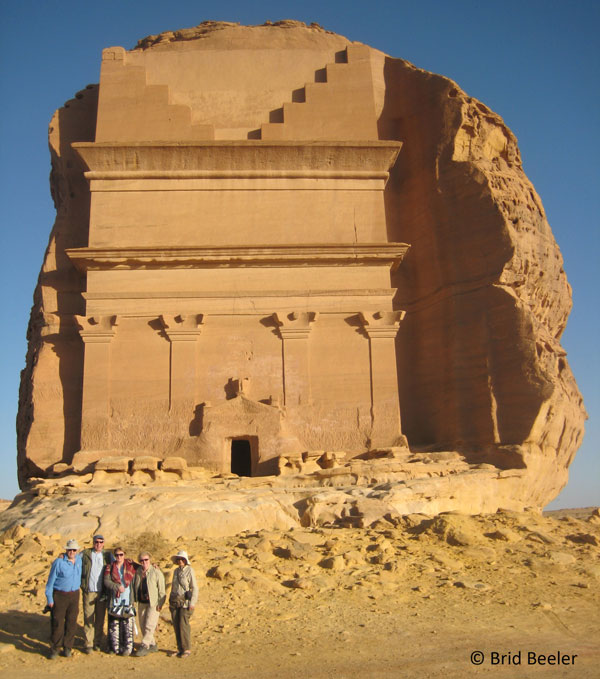 Mada'in Saleh with Qasr al-Farid in the background. © Brid Beeler. All rights reserved.

The reality is that, in addition to those on pilgrimage, many people have been fortunate to visit the Kingdom as tourists, although perhaps not on tourist visas. I first took tourists to Saudi Arabia in 1998 through my first company, Worlds Apart, Expeditions in Arabia & Persia. These were adventure desert tourism expeditions with heritage and culture at their core. Never was any client travelling with me denied a visa. Yes, in the early days, we had to travel in on Saudi Arabian Airlines from New York. Visas did not arrive until a few weeks before departure at most, but permission was granted to visit all sights requested and the red carpet was rolled out for us. 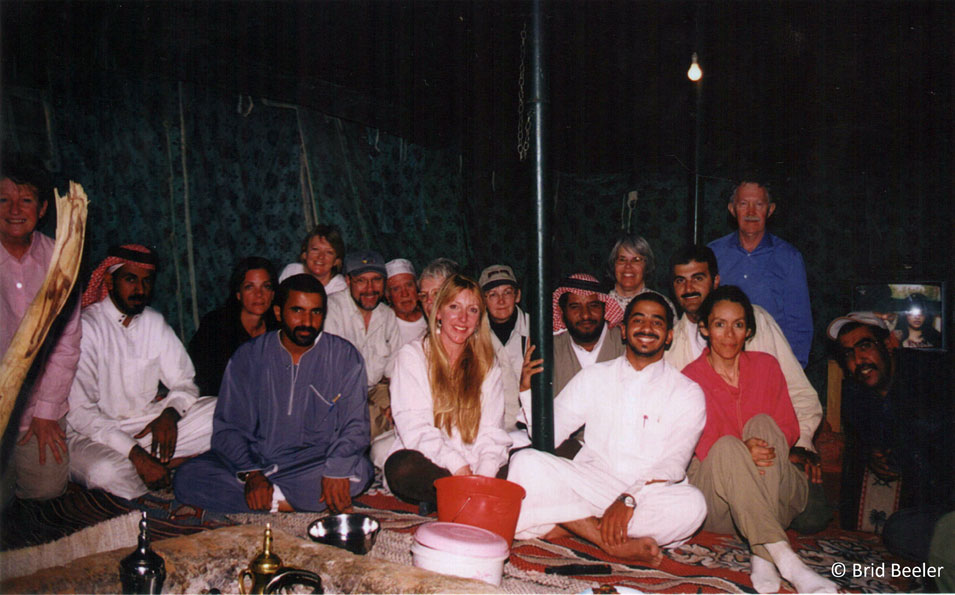 And even before I took tourists to Kingdom, Peter Voll of Peter Voll Associates in the California Bay area took some of the very first tourist groups to Kingdom by ship in the early 1990’s. They disembarked the ship in Jeddah and over a few days saw Jeddah and its environs, visited Abha in the Asir and Al Hegra (Mada’in Saleh) in Al Ula. Additionally, the Kingdom brought in charter flights of tourists from Japan over several years for weeklong trips which were very successful through Saudi Arabian airlines.

This minor grumbling aside, I am delighted to see tourism in the Kingdom, and the Middle East in general, doing so well. In just the past few months, Saudi Arabia has been elected chair of the Executive Council of the UN World Tourism Organization and hosted the World Travel & Tourism Council’s 22nd Global Summit in Riyadh. The Kingdom also captured several awards at the World Travel Awards 2022 in Muscat, Oman, where Al Faisaliah Hotel in Riyadh’s Olaya district won the award for the leading business and conference hotel and Jeddah’s Ritz Carlton won for leading conference and wedding hotel. Al Faisaliah has been my own personal favorite hotel to stay in Kingdom since 2000 for its impeccable service, food, and overall experience and the Ritz Carlton is a magnificent property on the famous corniche overlooking the Jeddah fountain and the Red Sea. Oman’s Al Bustan Palace, another favorite of mine, won as the world’s leading palace hotel. And what a palace it is, having been built to host the Gulf Cooperation Council (GCC) Summit in 1985. It was turned into a hotel long before tourism took hold in Dubai and other Gulf countries and has long been a coveted destination. 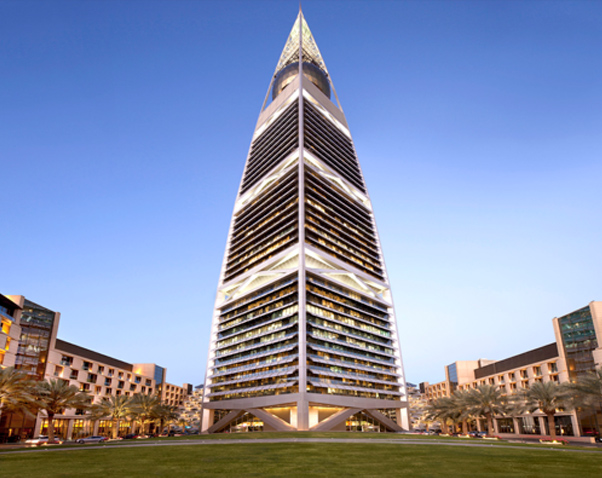 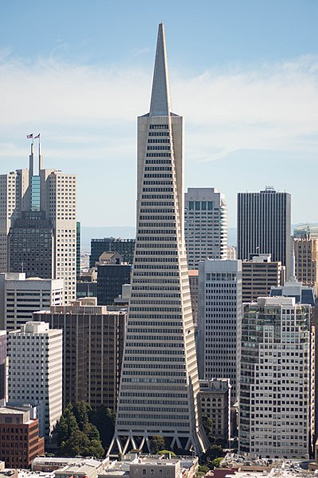 But tourism is more than just hotels. The Sultanate of Oman was also named the world’s leading nature destination at the World Travel Awards, an accolade it richly deserves. It has carefully and sympathetically planned its tourism strategy to provide a variety of outdoor activities, including mountain trekking, watersports, and a large selection of permanent desert camps in the Wahiba Sands. Morocco and Jordan have also been extremely successful with sustainable desert tourism programs designed to maximize benefit to the local communities visited. 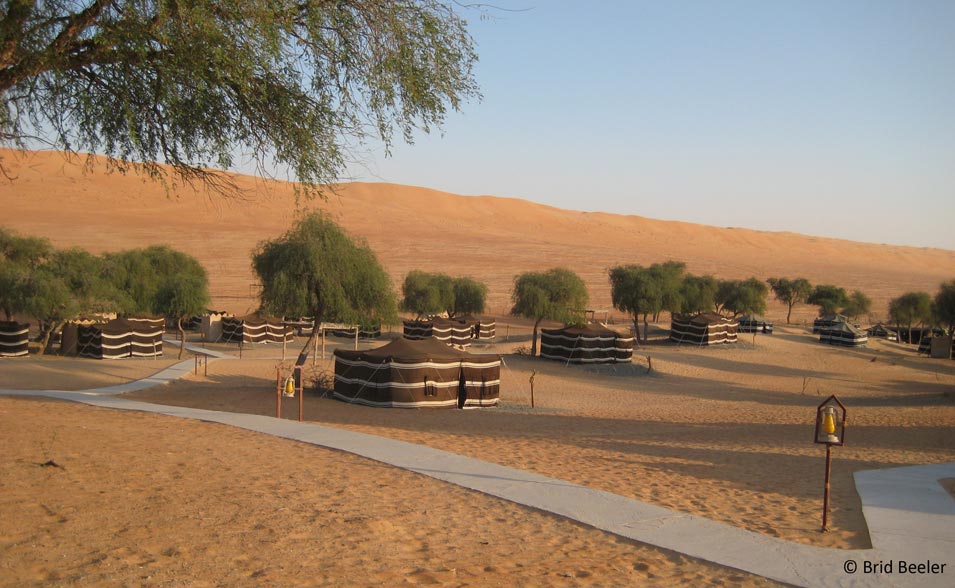 As Saudi Arabia emerges as a serious contender for tourism in the region, I hope to see a similar variety of well-planned outdoor programs being offered. While simple dune bashing and day trips may be more profitable initially, longer camping and safari-type expeditions are where the Kingdom can truly excel. As thousands of expats and previous visitors can attest, the desert camping experience in the Kingdom is unsurpassed. No one who has experienced the raw magic of a night in the Empty Quarter with the Milky Way blazing overhead and the dunes rolling silently away in all directions would trade that memory for any other. Saudi tour operators must continue to work hard to provide just the right balance of hotel, resort, cultural, and outdoor activities that denotes a world-class tourism destination, but they have already proven they are well up to the challenge.