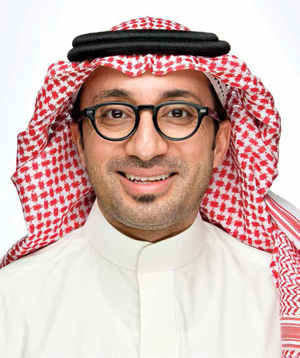 Saleh A. Al Amer was appointed as an Associate General Counsel effective December 1, 2020. He had previously been in an acting capacity since November 2019. In this role, he oversees the Intellectual Property (IP) and the Litigation and In-Kingdom Advisory Legal Practice Areas. The IP practice area provides legal counsel in the areas of copyrights, trademarks, and trade secrets. The Litigation and In-Kingdom Advisory is responsible for the company’s litigation portfolio as well as providing domestic legal advisory and advocacy services.

Al Amer began his career with the company in September 1998 as a participant in the College Degree Program for Non-Employees, earning a bachelor’s degree in Chemical Engineering from the Pennsylvania State University in 2003.

He worked as a plant engineer in Abqaiq Plants and as a corrosion engineer in various corrosion control divisions in Engineering Services, before being selected in 2008 for the company’s Out-of-Kingdom Law Degree Program — through which he earned his Juris Doctor degree in Law from the University of Pittsburgh in 2011.

Thereafter, Al Amer joined the Law Organization where he held a number of positions of increasing scope and responsibility, including acting management positions as an Associate General Counsel, and in the Corporate Compliance Department and the Corporate Business Ethics Office. Al Amer also provided counsel on international environmental matters (including the 2015 Paris Climate Change Agreement); and is responsible for managing local and international litigations and overseeing a number of high profile cases in a number of Saudi courts. He also oversaw a number of transformation projects in the Law Organization, including the Corporate Secretariat transformation project.

In 2018, Al Amer was awarded a bachelor’s degree in Shariah (Islamic Law) from the Imam Mohammed Ibn Saud University in the Kingdom.

Al Amer is a member of the State Bar of Pennsylvania and the State Bar of the District of Columbia. In addition, he has completed several leadership programs during his career with Aramco, including the Aramco Management Development Seminar, the Advanced Management Program at Columbia University, and more recently, the Leading Creative Transformation in Critical Times Program at Stanford University. 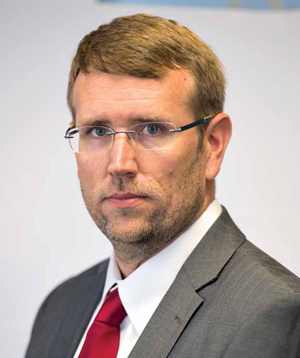 Aaron K. Adkins was appointed as an Associate General Counsel effective December 1, 2020. He had previously been appointed as assistant secretary in August 2018. Prior to this appointment, Adkins had been leading Aramco’s Corporate Secretariat function within Law since August 2017. He also serves as the secretary to the Audit Committee and the Risk and HSE Committee of the Board of Directors.

Adkins joined Aramco in October 2005 from the law firm of Baker Botts LLP. Since joining Aramco Law, he has held a number of positions of increasing scope and responsibility. This included serving as the practice leader of the General Corporate & Commercial Contracts Practice Area and leading the transformation of the Corporate Secretariat function to better support management and the Board of Directors in anticipation of the company’s initial public offering and as the company’s portfolio increases in size and complexity.

Adkins also served as the lead attorney for a number of significant projects such as the construction program for the Sadara Joint Venture, the Fujian Joint Ventures in China and the Johns Hopkins Aramco Healthcare Joint Venture. In addition, he has extensive corporate governance experience having served as the corporate secretary of several of the company’s affiliates.

Adkins has completed several leadership programs during his career with Aramco, including the Foundations of Business Leadership with the International Institute for Management Development (or IMD) and the in-house programs, the Joint Venture Board of Directors, the Business Leadership Essentials, and the Aramco Leadership Forum.