A fortress called Al-Marid is located on the site. This fortress is said to be one of the most impressive structures to be seen in the whole of North Arabia. Qasr Marid was bombarded with canon by al-Rashid in 1853. It still stands as an awesome majestic sight. 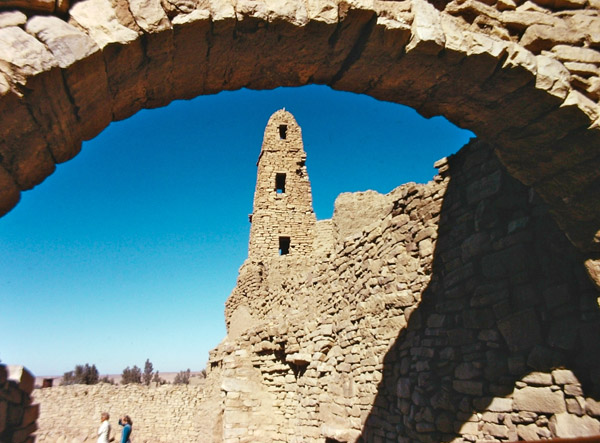 Inside the fortress is an ancient stone mosque with a walk through minaret, built by Caliph Omar Bin al-Khattab in 634 AD. It stands 50 feet high with 4 windows, one on each side. 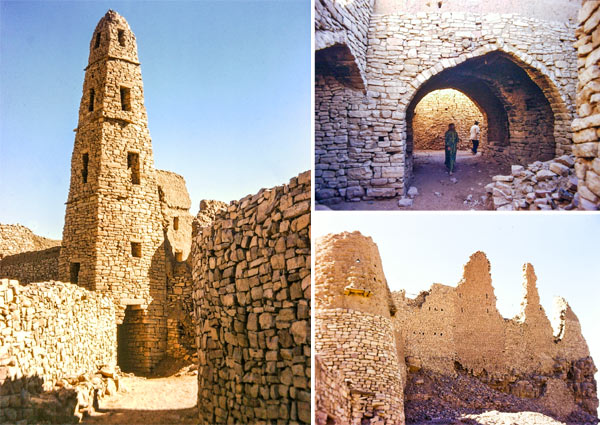 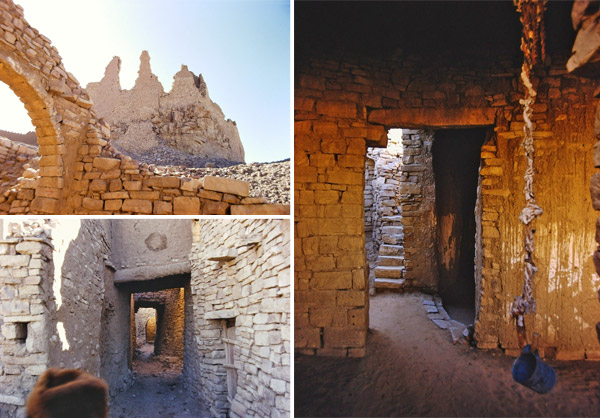 Northern Arabia has many ancient sites. I was fascinated to learn that Nabonidus, father of Belshazzar, resided in the nearby city of al-Tayma for 10-16 years. He was king around 552 BC as mentioned in the book of Daniel. 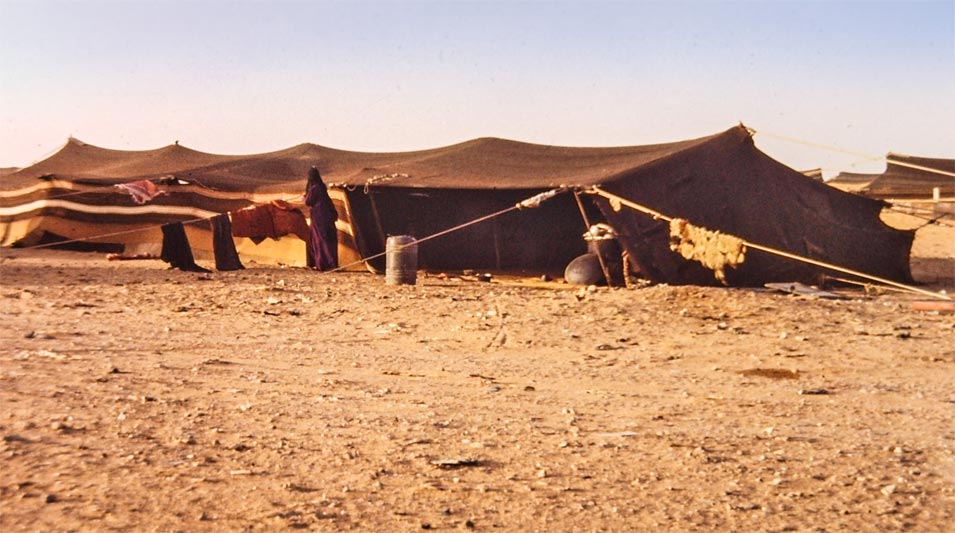 We left the al-Jowf area and returned down the Tapline Road taking several opportunities to visit with more Bedouins along the way back to Dhahran. 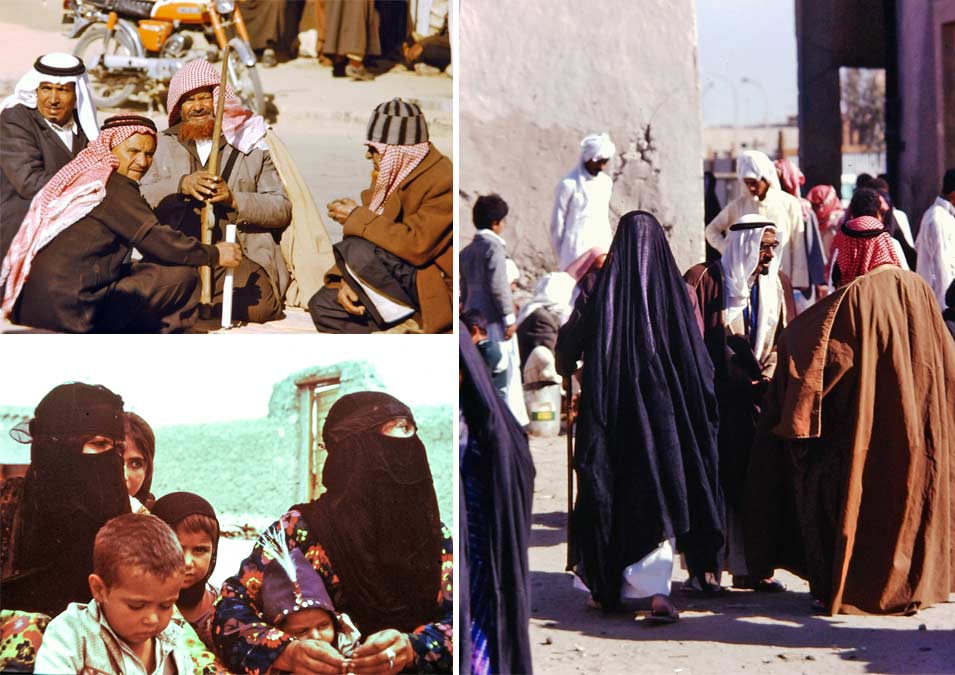 This presentation was given by Ted Seymour at the Dhahran School, Saudi Arabia in 1975 using three large screens, six slide projectors and three dissolve units controlled by an audio tape player that signaled each slide change. A 16mm movie projector was used to show dancing at the festival. 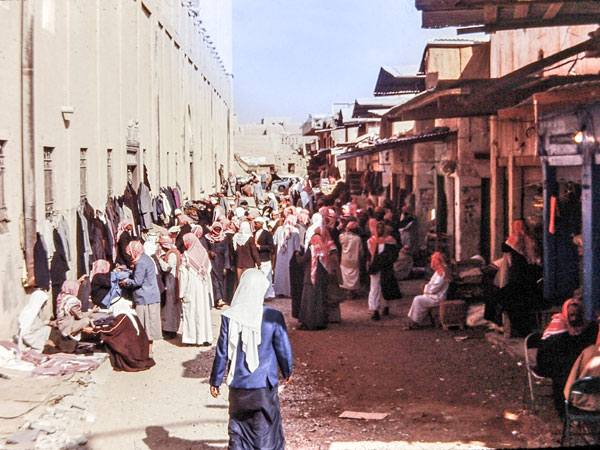