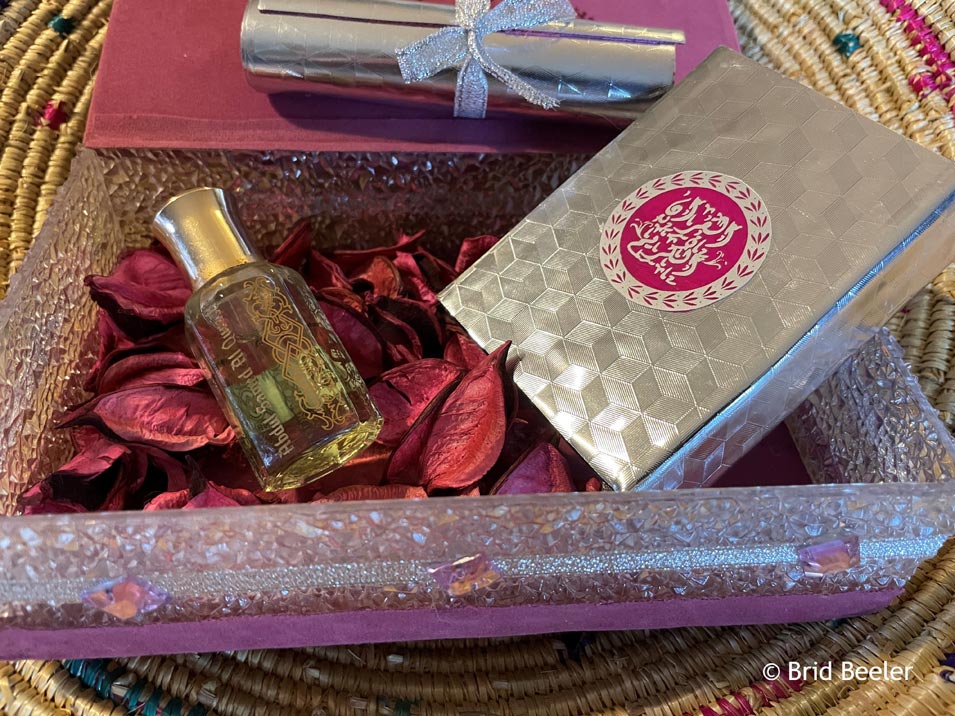 Who does not like roses? They come in all shapes, sizes, and colors. When I heard that a rose farm existed in Wadi Hanifa, close to D’Iriyah, it was hard to know if the rumor was true or not. Buzzing with excitement, I set off one morning with my driver, bumping down dusty tracks to locate the farm and buy a dozen red roses before they were all sold out.

Apparently, the farm belonged to one of the ruling members of the House of Al Saud, a Prince, who also grew roses on his vegetable farm. Who he was, or why he was growing roses, never entered my mind. I just counted myself lucky to be among the fortunate few who had the insider knowledge and access to purchase the flowers from one of his employees. These were the days when roses could not be bought in a florist in Saudi Arabia. His roses were the long red stemmed roses that would cost a fortune in the west. A dozen of these long-stemmed beauties went for a mere SAR 50 or US 10. Mum’s the word, those of us in the know did not want the information leaked for fear that suddenly the operation would be shut down and we could no longer have roses in our homes.

Saudi Arabia has a long history of growing roses, but not the kind that would grace our tables in a vase of water. They are the beautiful, pungently scented pink roses grown in the rocky mountainous regions of the Asir around Taif, the summer capital for government officials who come there yearly to escape from the stifling desert heat of Riyadh. Cool mountain-top temperatures and mornings filled with dew make for the perfect recipe for rose cultivation. In this microclimate, roses flourish and are handpicked in the early morning hours just after they open, the blossoms pinched off at the base of the stem so as to retain the scent before the heat of the day escalates and the aroma evaporates. Like picking grapes by hand, this is a time-honored tradition that relies on gentle handling so as not to crush or damage the petals.

Many of us have visited wine growing regions of the world and tasted wines on tours from Bordeaux to Stellenbosch and Napa. We have toured olive grove plantations in Italy, Greece or Jordan; spice farms in Zanzibar; or tea plantations in Sri Lanka or Kenya. Here in Saudi Arabia, rose farms abound in Taif and a visit to learn about the distillation of rose water and rose oil production is not to be missed. 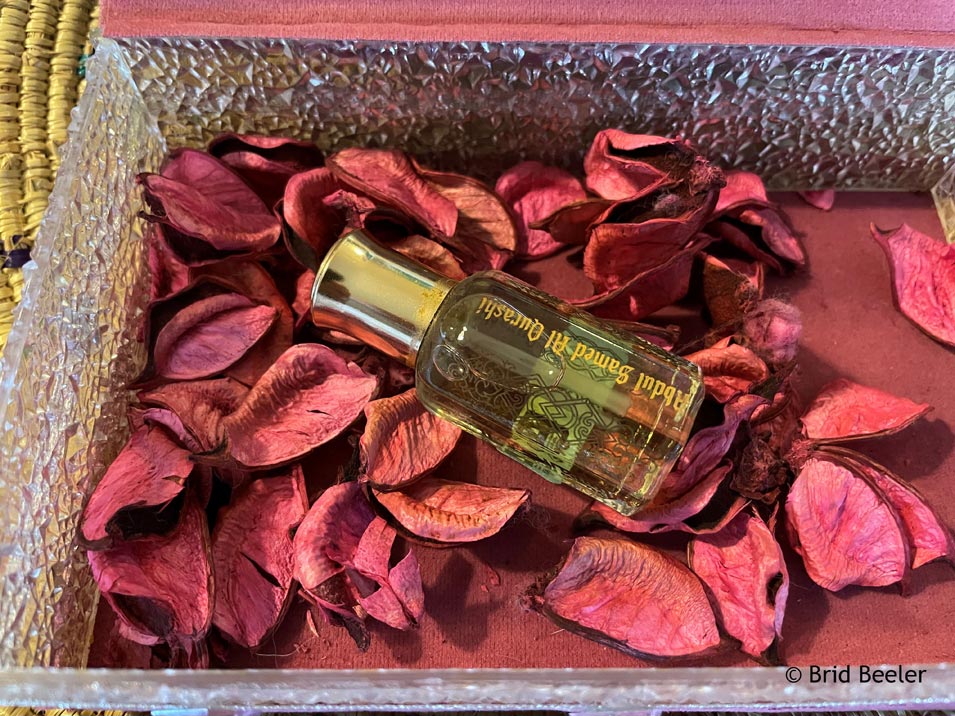 Roses are planted yearly during the planting season and the picking of the blossoms usually begins late March and lasts around 40 days. However, like all farming, delays in picking the blossoms can be hindered by the elements of the weather.

My own interest in Saudi roses was piqued by the receipt of a gift of small scented dried rose petals beautifully packaged in a matching pink velvet rectangular box with a vial of rose oil, known as Aroos, ‘the Bride.’ This was gifted by the bride and groom to all their guests who attended their wedding party. A memento from their special day.

Rose water has been distilled in Arabia since the 9th century and Taif’s roses were first documented by the Swiss traveler Johann Ludwig Burckhardt in 1814.

In the spice shops, rose petals are sold loosely which could be purchased by weight, like purchasing any spice. Rose petals in the Arab world can be found strewn across a bed in a luxurious hotel room, used in bathing water, or decoratively floating in a pool in a Riad in Morocco.

In perfume shops, rose oil is sold and the shelves of grocery stores are stacked with different brands of rose water which is good for the skin and also used for medicinal purposes. When visiting a Saudi home, rose water is bestowed upon the guest as it is sprinkled from a metal rose water container.

And, of course, rose water is also used in foods like the beloved Lebanese Kunafa, Omani Helwa and Baklava along with many more edible delicacies.

Once, while in San Francisco, I was invited to attend the launch of Chantecaille in Neimen Marcus. The founder and daughter of Chantecaille were launching their Skincare line. Their pure rose water hydrating mist spritzer attracted my attention. It was divine on the surface of the skin, so refreshing and dewy. Taif’s roses are well sought after and I thought, “I am living at the source of the very product I am spritzing on my skin as part of my daily routine, so why not pick up a bottle of rose water from any of the grocery store shelves and see how it feels on the skin?” I have not looked back since, and I never leave the Kingdom without a litre bottle of rose water in my luggage.