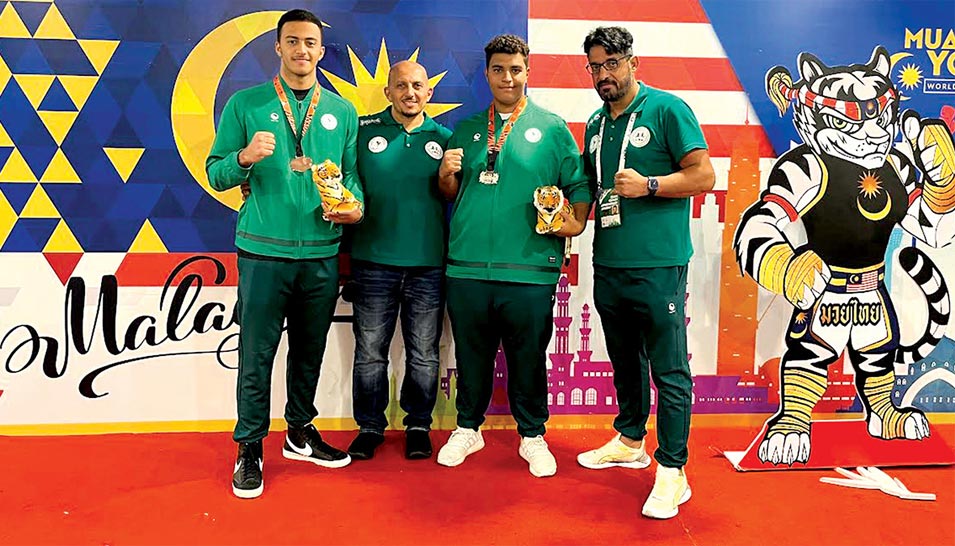 Growing up in a home full of sporting spirit, Rafat F. Alsharif’s sons — Khalid, 17-years-old and Ibrahim, 16-years-old — always excelled in competitive sports. Rafat, who works in Aramco Project Management, was pleased when the brothers joined a fitness club in early 2019, to spend quality time with their father. They made such rapid improvements in local Muay Thai tournaments that they were asked to join the Saudi Arabia Muay Thai national team and represent the Kingdom at the semi-finals of the International Federation of Muay Thai Associations (IFMA) Youth Muay Thai championship, taking place in Kuala Lumpur from August 9-20.

The tournament ended with Khalid winning the bronze medal, and Ibrahim the silver medal for juniors in the 16- to 17-year-old male category under 91 kg.

Muay Thai is sometimes referred to as Thai boxing or the Art of Eight Limbs, as Muay Thai is a martial art that allows the use of every part of the body’s limbs in making strikes against an opponent, including punches, kicks, knees, and elbows. 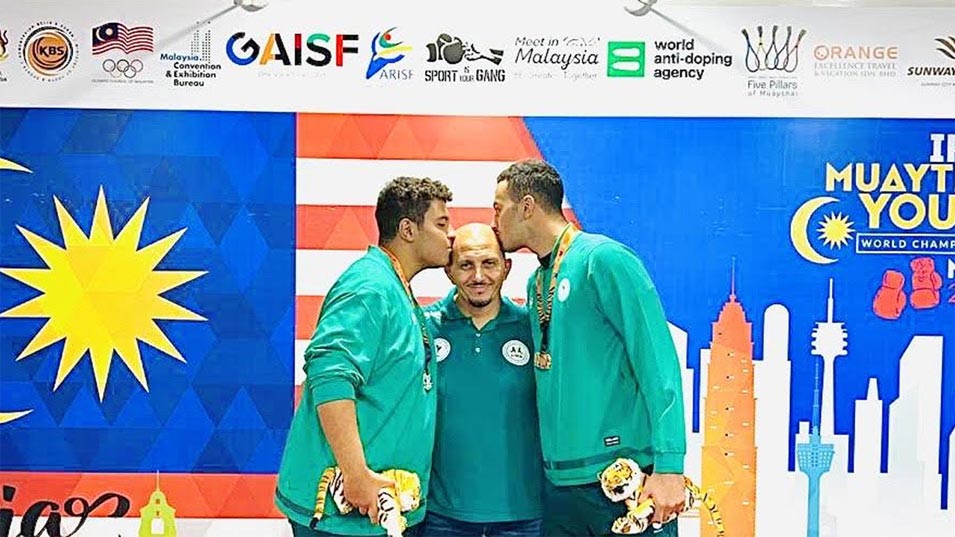 For Aramcon Rafat Alsharif there is nothing prouder than seeing his sons Khalid and Ibrahim represent the Kingdom at Muay Thai boxing.

The rapid rise of Khalid and Ibrahim to a global stage in one of the world’s most exciting sports is the result of equal parts of athletic talent, excellent coaching, parental support, and greater opportunities for Saudi youth through Saudi Vision 2030. But in 2019, when the brothers began working with world-class coach Mukafeh, they had no idea they were starting a journey that would lead them to the Saudi Arabia Muay Thai National team. Or that they would begin a gold medal streak that is only getting started.

Success for the brothers came rapidly. In July 2019, with the help of their coach, both Khalid and Ibrahim made it to the finals of the Kingdom’s national championship tournament in Riyadh in the weight class of +86 kg for the 14 to 15 age group. In the final match, the brothers had to fight each other for gold. In February 2020, just before the pandemic lockdown, the brothers participated in an Eastern Provence local tournament where they emerged on top.

These early successes encouraged Khalid and Ibrahim to commit themselves even more to their training, improving their skills and striving for greater accomplishments. After four years of training, each has managed to dominate their weight class, with Khalid winning 5 gold medals and Ibrahim winning 4 gold medals and one silver.

Khalid and Ibrahim during daily training.

Since joining the Saudi Arabia Muay Thai National team and with the support of Abdullaziz Albnan, CEO of the Saudi Muay Thai Federation, Khalid and Ibrahim have honed their skills while at a training camp, in preparation for the 2022 World Youth Muay Thai Championship in Malaysia. As the only two participants from the Eastern Province, the champions had the opportunity to compete in a higher level with hundreds of players from 130 countries.

The brothers and their 15 other teammates are role models for young Saudis. The message that the two champs would like to send to the parents is to “encourage young kids to invest in their time and health, as sports are one way to explore their potential and it will change their life in a positive manner.”

While Khalid and Ibrahim have a special affinity for Muay Thai, it is not the only sport that the two brothers have shared the same interest in. Over the years, the brothers grew up playing various sports together, including soccer, swimming, karate, taekwondo, and basketball.