NED69ers gathered once again for a mini-reunion on March 21, 2022. Abdul Majid Adam hosted a dinner at Services Mess, Karachi, in honour of all NED69ers who were available in Karachi as well as a few other friends.

Engr. Abdul Majid Adam, NED69ers Mechanical, who is settled in Houston Texas, USA, was in town for the past few weeks. He was very busy visiting the Saaf Paani Projects which he is organizing in Karachi and Interior Sindh. 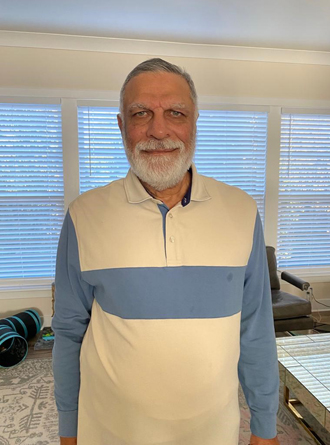 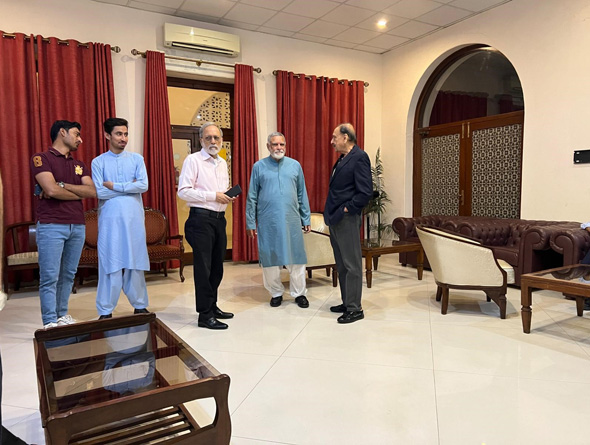 All the guests are seated in the dining Hall. 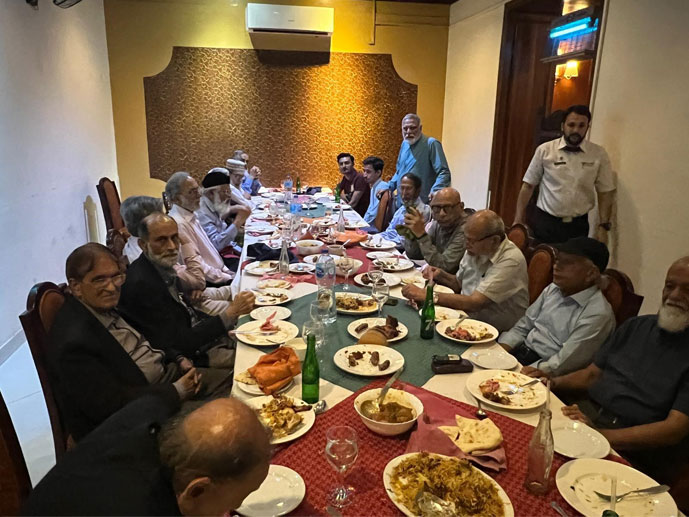 All the NED69ers are enjoying the delicious dinner.

Engr. Iqbal Ahmed Khan is trying to explain something to the audience.

The friends who could not attend due to prior commitments/short notice were as follows: 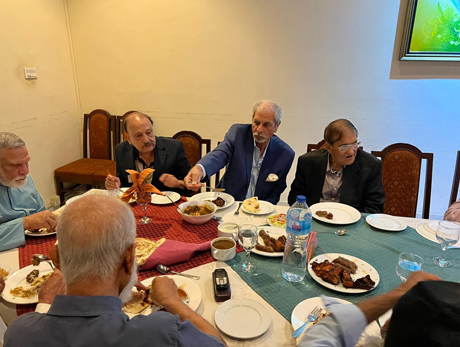 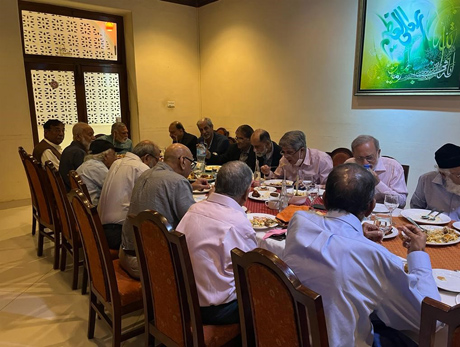 All the NED69ers and guests are enjoying the delicious food.

It was an excellently arranged dinner, thanks to Rehan Akhtar.

Everyone enjoyed the long-awaited social get-together of NED69ers.

Abdul Majid Adam explained the aims and objectives of the Saaf Paani Project and gave a progress report on his beautiful programme starting from its inception. 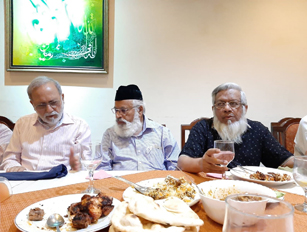 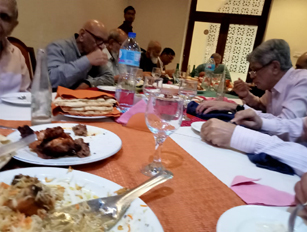 All the members are enjoying the food. 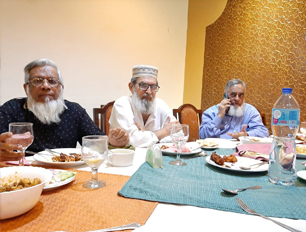 He described the various steps taken by him to ensure that each and every Rupee/ Dollar received as a donation is spent on the actual project, and nothing is wasted in supporting administration efforts, etc.

All the participants appreciated the untiring and dedicated efforts of Abdul Majid Adam in the Saaf Paani Project. We wish him all the best and pray for him that ALMIGHTY accept his hard work and shower HIS Blessing on him and his family, Ameen.