Memory Lane: From 'Dust Rag' to The Sun, First Trips to Al-Ula, and More

Summer is a water season, and July has historically seen the inauguration of pools and water safety campaigns. 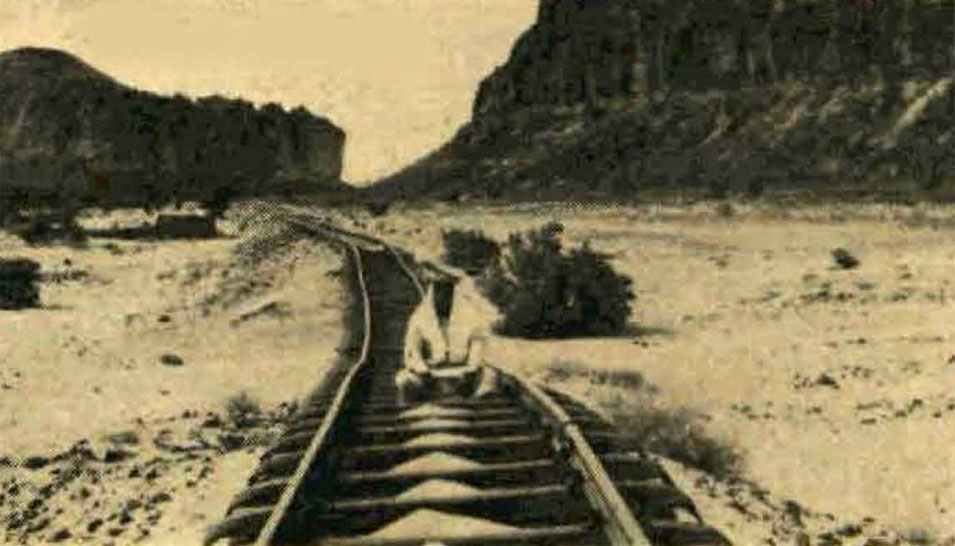 In the early 1960s, Aramco helped back an expedition to ancient sites in northwest Saudi Arabia, as well as a visit to the more recent history of the railroad there. The expedition sought more information on the ancient Nabateans and the Thamudenes.

Here are some headlines from the past eight decades of The Arabian Sun (and its predecessor, The Dust Rag.)

From the aspirations cast upon us because of the title "Dust Rag." Perhaps we were too hasty in naming our paper. What do you think? Shall we change the name? Please give us your honest criticism and suggest a title you feel should be used.

A paper thrives on contributors for therein in recorded the pulse of its readers ... a little humor ... a little fact ... items that round out the scope of human interest.

We thank the Ras Tanura "FLARE" for their blurb on the birth of our paper and for their going to much great lengths. 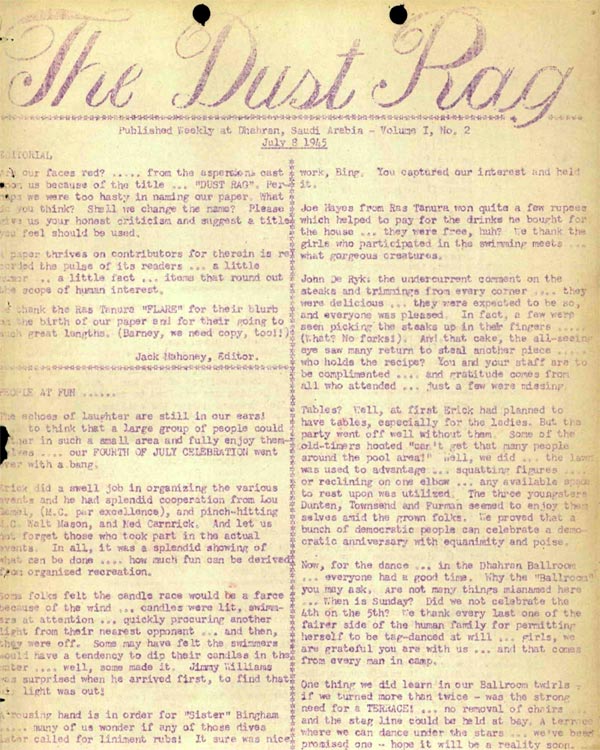 An archaeological survey team recently completed a three-week expedition to ancient sites in northwest Saudi Arabia with the assistance of both Tapline and Aramco. The expedition covered 3,000 kilometers of sometimes trackless desert from Turayf south to Al ‘Ula and on a circuitous route back to Turayf.

Headed by professors F.V. Winnet of the University of Toronto, Ontario, and W.L. Reed, executive assistant of the American School of Oriental Research in Jerusalem, Jordan, the survey team was to confirm inscriptions originally recorded by the 19th and early 20th century archaeologists to photograph monuments and record findings of other remains such as pottery.

Of special interest to the team was the period from about 500 B.C. to approximately 500 A.D. during which two peoples, the Nabateans and the Thamudenes, about whom very little is known, occupied the area. 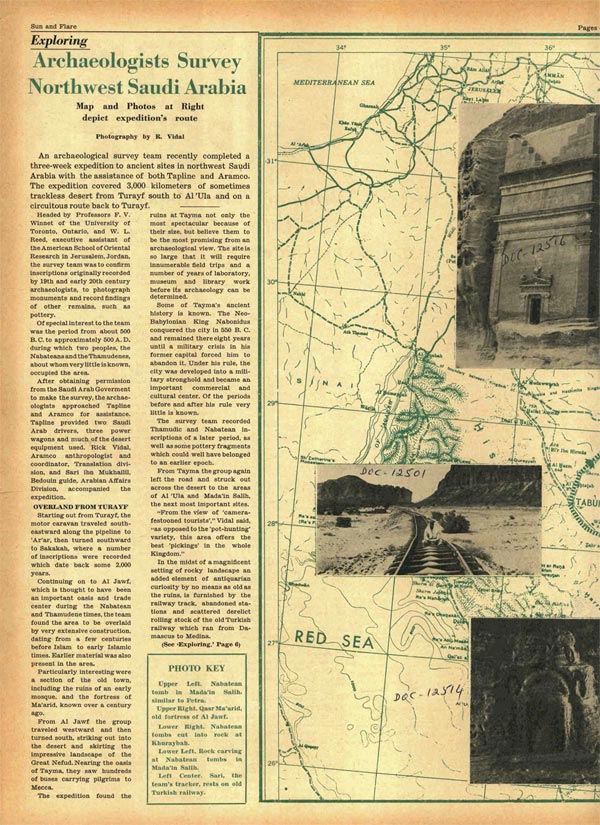 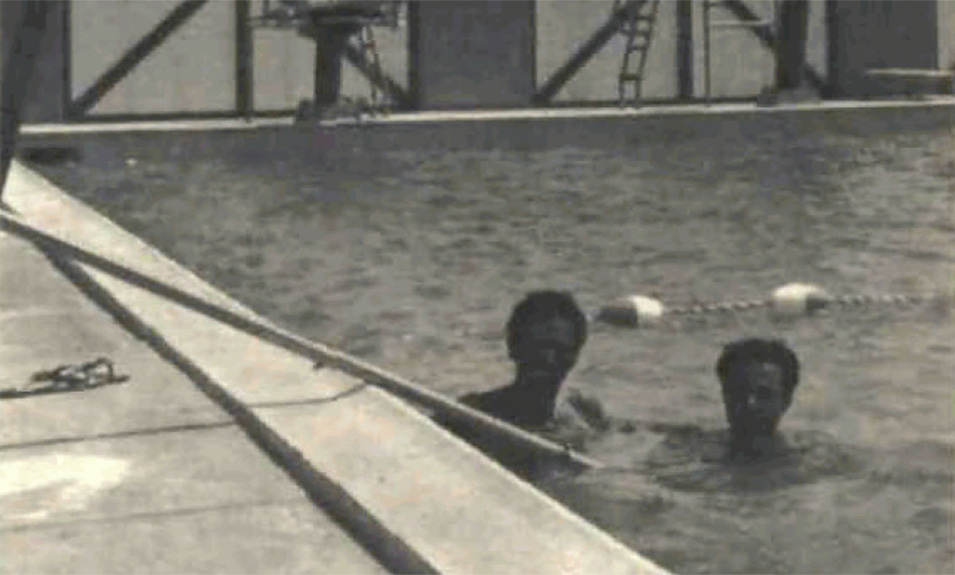 Dhahrans's Pool Near the School Now Ready, Open and Waiting

“We opened this morning at 8:30,” says Saif Hussaini of Residential and Recreational Services, who has been helping to make arrangements for opening the big new pool, which measures 45 x 80 feet across the swimming section, and 35 x 35 feet across the smaller diving section of the L. 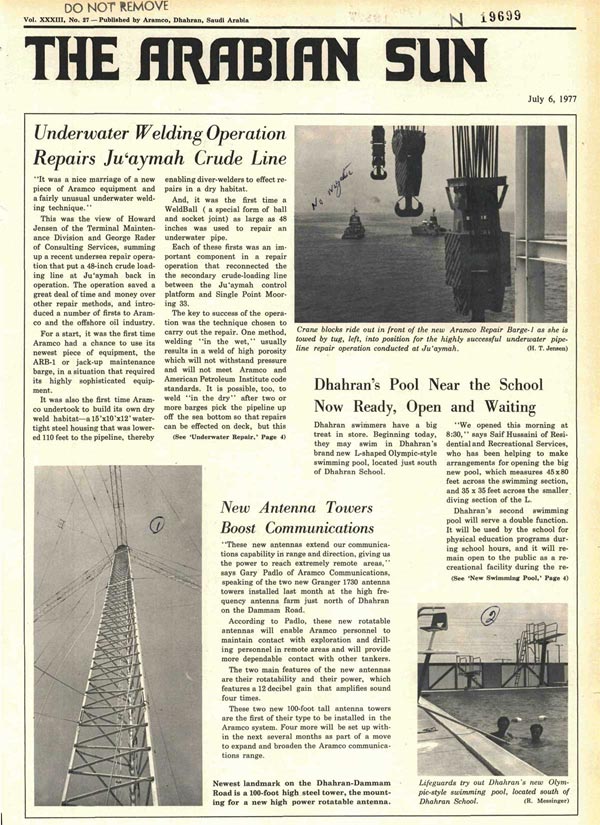 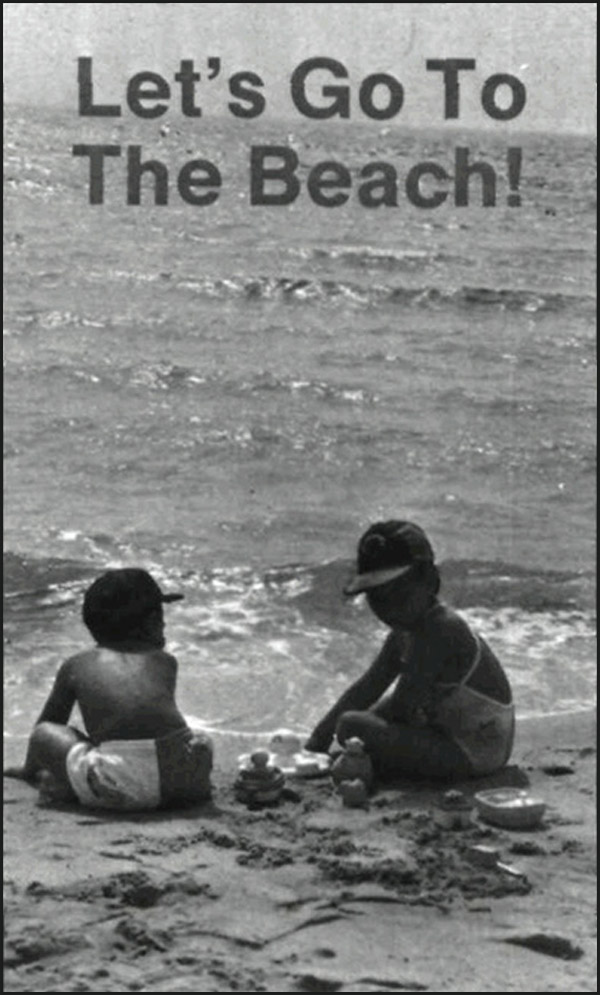 Going to the beach can be an enjoyable way to spend a summer day, but without the proper preparation and safeguards, even time in the sun, sand, and surf can be spoiled.

To help make sure that doesn't happen, Saudi Aramco has issued a handy new booklet titled, “Let’s go to the Beach!”

The full-color booklet was prepared by the Loss Prevention Department to remind employees and their families of simple precautions to take during their beach outing.

‘Try the Wheelchair' Gives New Perspective for Many

In June, Aramco employees had two opportunities to become more familiar with the challenges experienced by those who are confined to a wheelchair.

In Riyadh, the Saudi Aramco Affairs Central Province Department hosted a “Try the Wheelchair” program with the Disabled Children’s Association. They set up an area with sidewalks, corridors, streets and entrances that employees then attempted to negotiate by wheelchair.

Bandar Al-Salih, a member of the board of directors and head of the Disabled Children’s Association’s media and resource development committee, thanked everyone for their participation.

“The initiative of Saudi Aramco employees to participate in such a program reflects their support of the association’s mission. It also indicates that they are aware of their role as an example in social and charitable issues,” Al-Salih said.