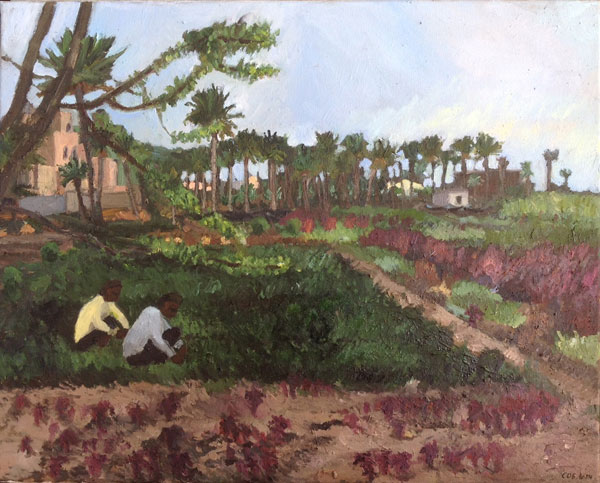 "The Fields," Bahrain 40 cm x 50 cm. Studies in oil of Manama, Bahrain by Christine Olga Smith, https://www.behance.net/gallery/18427247/Paintings-II-Bahrain. This painting shows workers harvesting lettuces in one of the plots of land near an oasis close to our house in Bahrain. It is where workers who live on the land harvest greens and dates.

In February of last year, AramcoExPats featured one of the most enthusiastic annuitants we’ve had the honor of writing about in our 16 years of publishing, Greek-born Iro Smith. Iro’s great Arabian adventure began in 1982 when she and her husband Ron, a civil engineer with the company, first moved to Dhahran. There they lived and worked for 27 years, raising three children along the way—Christine, Lorraine, and Andrew.

“I only feel truly happy,” Iro told AXP, “when I am in Dhahran.”

Iro is originally from the North Aegean coastal city of Kavala, Greece, 90 miles east of Thessaloníki and 120 miles west of the Turkish border. Christine, meanwhile, a bona fide Aramco Brat, currently makes her home in Glyfada, Greece, a seaside suburb of Athens 10 miles south of the city center. Exhibiting a powerful passion for life akin to that of her mother’s, Christine has blossomed into a multi-talented artist.

She carries with her to this day many fond memories of Arabia, two of her favorites being the smile and turban worn by their gardener and the french fries served at the Al-Diwan snack bar. “Mostly,” she told AXP, “I liked writing in our journals in first grade at the Dhahran Elementary School, where I first wrote that my dream was to become an artist.” Fortunately for Christine and the world, that dream came true.

“My degree from Parsons School of Design in New York is in Communication Design,” Christine explained, “with an emphasis in motion graphics. I do much of my painting on site. My paintings are often seascapes and scenes from the Aegean coast of Greece that are part of my everyday environment. Other subjects for my paintings come from Bahrain in the Middle East and from the USA. My works are always painted “en plein air” (from nature). My prints and animations are always about sharing a message of peace, love, and happiness. My works are mainly inspired by the places I have lived and by nature. My T-shirts are these same works made accessible to everyone.” 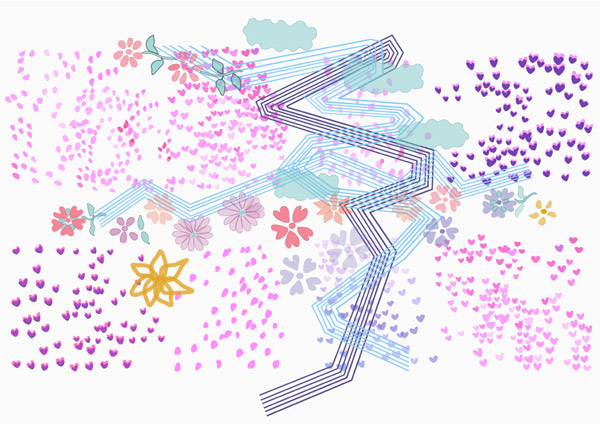 Christine first established her business, Blue Fig Art, “in 2008 in a small coastal town in the southern part of Greece called Porto Heli, an area rich in history and nature. The company started out as an art gallery and grew into a multi-functional art space used for exhibits and art workshops while serving as well as a studio.” Today Blue Fig has an office in Glyfada in addition to its space in Porto Heli.

Memories of the Middle East have inspired much of Christine’s work, as evidenced in a public visual arts project she is currently involved with called Healing Illustrations. Healing Illustrations focuses on cultural integration and healing and is sponsored by Fresh Arts, a cultural organization headquartered in Houston. The following link will take interested readers to Christine’s online portfolio: https://www.behance.net/gallery/35585343/Healing-Illustrations-Series. She describes her work this way:

“This series of illustrations depicts women, children, and families mainly in the Middle East, but also in the Mediterranean. The illustrations are centered around women who are recovering from illnesses and are meant to console and empathize through imagery of traditional scenarios and subjects. These works will be recreated in a series of hand-printed silkscreen posters to be placed in clinics and hospitals and offered for sale. That effort will be coordinated through the International Orthodox Christian Charities, whose website is IOCC.org. A portion of the proceeds from sales will be donated to relief efforts addressing the refugee crisis in Greece, Syria, and Lebanon.”

Additional information on the project can be found in Christine’s online portfolio as well as on her Fresh Arts Sponsorship page. Interested readers can help fund the Healing Illustrations project through that organization’s cultural fiscal sponsorship program. Click here.

Readers can communicate with Christine Olga Smith via her email: [email protected]. Her current address in Greece is Metaxa 46 A, Glyfada, Attica 16674, Greece.

When not creating more artistic treasures, Christine finds time to pursue diving, ballet dancing, and attending church. Like her mother Iro, she is filled with a passion for life, and with a love for and appreciation of the wonders of Saudi Arabia and the Saudi people. 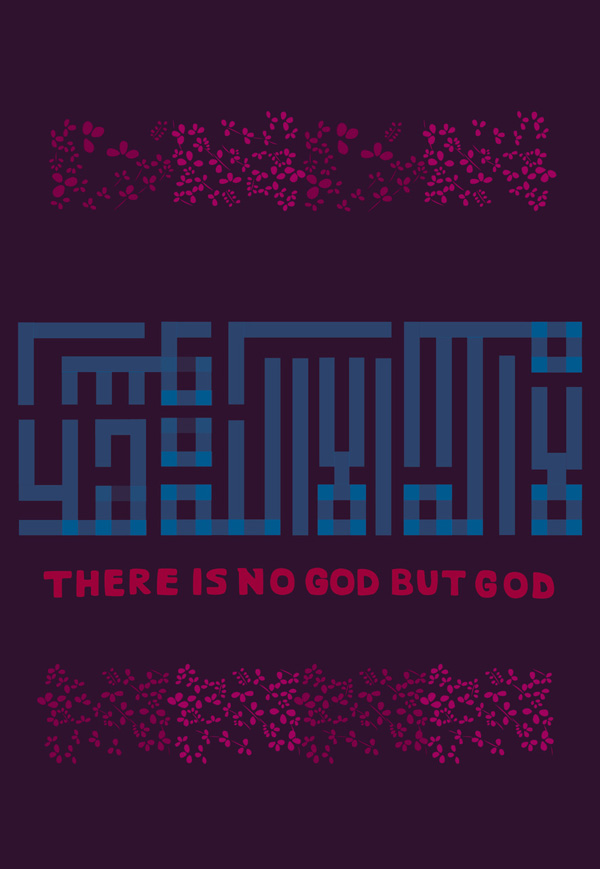