An exclusive interview with His Honor Sheikh Abdul Hamid Al-Malki, Adviser and Deputy General President for the Affairs of King Abdulaziz Complex for Holy Kaaba Kiswah by Rahma Dhyab. 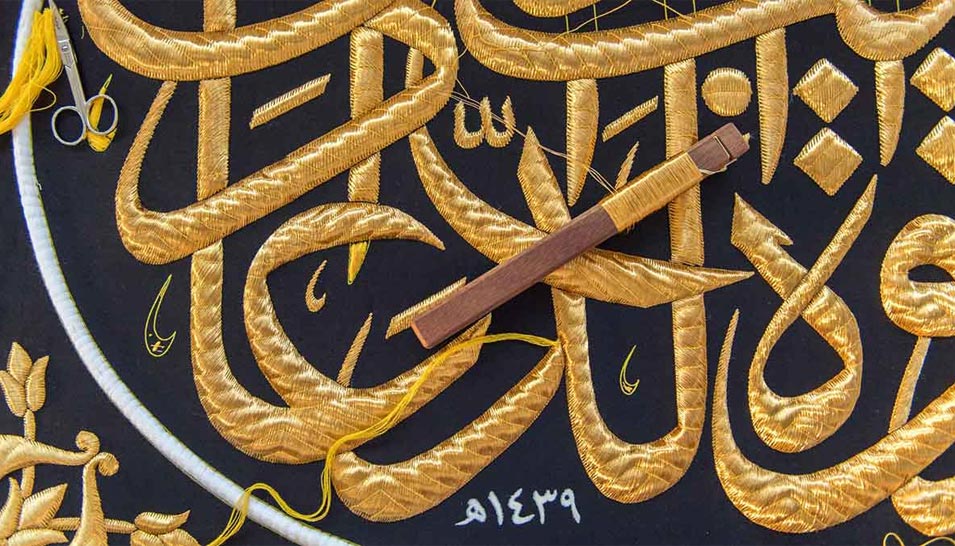 All the way from Germany to Makkah, a heavy 120 kg of pure gold-plated silver arrives annually to make the elaborate cloth of the honorable Kaaba.

Known in Arabic as “Kiswah,” this sacred cloth is woven with great devotion and mastery. It has a deep-rooted and majestic history in Saudi Arabia, where it stands as a breathtaking masterpiece ornamented with holy Qur’anic verses inscribed with gold threads; each stitch adding a wonder over a wonder.

In this exclusive interview, Sheikh Abdul Hamid Al-Malki, Adviser and Deputy General President for the Affairs of King Abdulaziz Complex for Holy Kaaba Kiswah shares with Ithraeyat Magazine the story of this sacred Islamic cloth, and discusses the eternal relation between the golden threads that beautifully and gracefully decorate the Kiswah, and impressions on all who visit and pray near it.

On the ninth of Dhu-al-Hijjah of every year, the world witnesses the Kaaba donning its new gold-ornamented Kiswah, narrating to the entire world how deeply visual the art of Islamic history has inspired its exquisite design.

What’s the connection between the Kaaba's Kiswah and gold? When were the gold threads first used?

There is actually no precise date for that. However, by tracking the history of using gold in the making of Kaaba’s Kiswah throughout the last seven decades, it’s notable that gold was first used in inscribing the Qur’anic verses after King Abdulaziz ordered to build a factory in Makkah in 1927 specialized in the making of the Kiswah. That marked the beginning of a new era, where they went above and beyond to present the Kiswah in its finest fashion till it became, over the years, the radiating masterpiece it is today.

How many gold-plated silver threads does the making of the Kiswah take?

They say that “Gold is for gold,” that’s why we take pride in focusing all our efforts on embracing and preserving the deep-rooted history of the Kaaba. Therefore, we generally import around 120 kg of gold-plated silver annually, which is used later in the sewing and making of the Kaaba’s magnificent apparel. 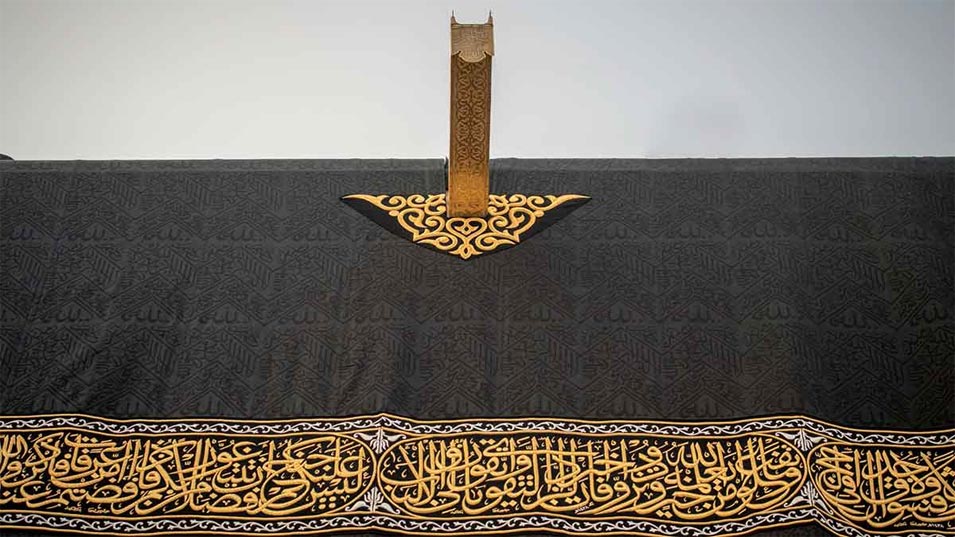 How do you ensure the highest accuracy and quality of execution during the printing and embroidery phases?

The gold threads go through multiple phases before, during, and after the embroidery. Every phase has its procedures and requirements that our craftsmen are highly experienced in following. These procedures are critical to ensure the optimal finery and perfection of the apparel of the world’s purest and holiest place.

Where do you import the gold-plated silver thread from?

How are craftsmen chosen and trained to embroider the Qur’anic verses on the Kiswah?

Trained and qualified Saudi youth work on the embroidery of the Kiswah. These masterful craftsmen have inherited this craft from older generations and are driven purely by their love of Islam and Saudi Arabia. Over the last few years, the Complex’s leadership signed a partnership with the Technical & Vocational Training Corporation to provide a highly-skilled workforce capable of practicing, perfecting, and teaching this art to future generations.

What are the types and colors of gold used?

We use threads coated with 24-Karat gold.

How do you distinguish fine quality gold from poor gold?

In cooperation with the top laboratories in the industry, we run highly accurate and thorough tests on the color and thickness of the threads to ensure the quality of the final product. 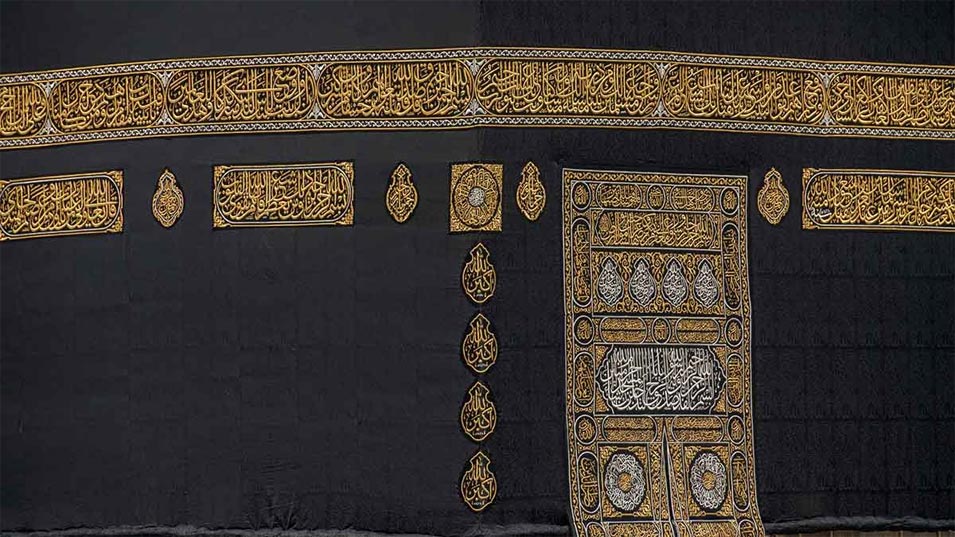 What are the main phases and steps of the making and ornamentation of the Kiswah?

First, the Qur’anic verses get printed on a plain silk cloth after being fastened and installed on wooden looms using a silk-screening method. Then the prints get padded with cotton, which is a critical step in the work process where the raised letters get outlined, then the threads are installed later in the embroidery and sewing process.

What are the main criteria for choosing the embroiderers?

Individuals who work on the embroidery of the Kaaba are masterful craftsmen with long proven experience obtained through years of practice. Some of our craftsmen have been working in the field for 40 years. So, our top criteria are experience and complete mastery of the secrets of embroidery and sewing.

On the morning of the 9th of Dhu-al-Hijjah every year, the Kaaba’s apparel gets replaced. What are the procedures and the approved period to finalize the new apparel?

The first day of Dhu-al-Hijjah is the ceremony of handing the Kiswah to the Sadana (the custodians and gatekeepers of the Kaaba) in the presence of the Custodian of the Two Holy Mosques King Salman bin Abdulaziz, and the presence of the Advisor to the Custodian of the Two Holy Mosques, His Royal Highness Prince Khalid Al-Faisal, and the General President of the Affairs of the Grand Mosque and the Prophet’s Mosque, Sheikh Dr. Abdul Rahman bin Abdulaziz Al-Sudais. Then on the 9th of the month, the grand replacement ceremony takes place. The making and preparation process of the Kiswah takes around 10 months of diligence and hard work.

Current and Past Editions of Ithraeyat