In Support of the Troops 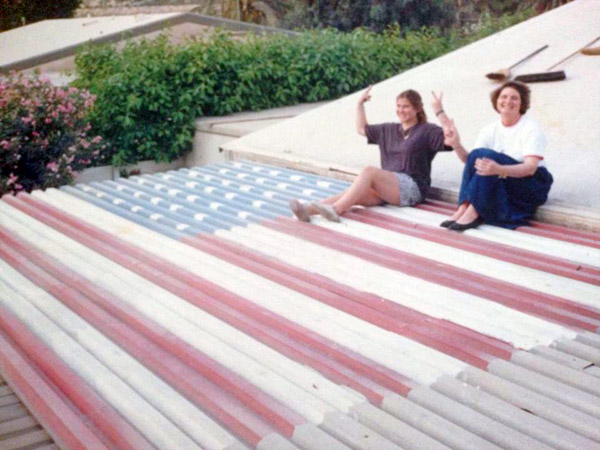 Jonathan Way, his wife Shirley and daughter Cynthia were in Dhahran during the last stages of Desert Shield. In response to a recent request for photographs from the Gulf War, Jonathan submitted this photo of Shirley and Cynthia atop the main camp patio canopy. Jonathan explained that the intent of the American flag painted on the canopy "was to express support for the troops, particularly the airmen." He also recalls that they were located at the end of a runway where it was considerably noisy and that his wife and daughter were evacuated the next day. He notes, "they were in Dhahran over Christmas. (I'm) not sure if they went back to the US before or after New Years, but it was when the company (Jonathan was an Exxon loanee) demanded they evacuate."

If you would like to share photographs with the Aramco ExPats community, please submit them to [email protected].