Ali Al-Baluchi was born in Saudi Arabia soon after its unification. Against the backdrop of a conservative society confronting a rapidly increasing pace of modernization, he witnessed and participated in decades of significant social and economic change. Colored by Ali’s inimitable candor and humor, this series of extracts appearing in Aramco Expats from his recently published memoir, Heart and Soul, reveals rare and personal insights into the circumstances and experiences that shaped an impressionable young Saudi into a much-revered foundational pillar of the Aramco and Eastern Province communities. 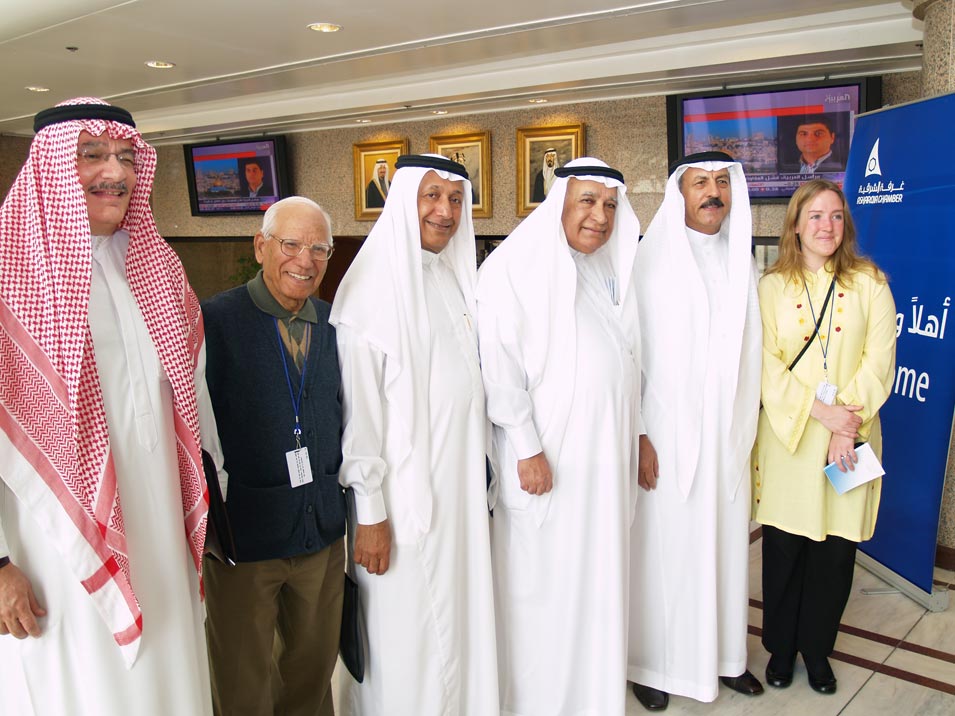 Ali posing for a photo at the 2009 KSA Reunion.

The life and career of Ali Al-Baluchi has been richly interwoven with those of his many friends from around the globe. Consequently, he has attended nearly every Aramco Expat reunion held in the United States since inception in 1958. When the idea of an expat reunion in Saudi Arabia was mooted in 1998, Ali kindly undertook to make it happen and the rest, as they say, is history. This extract from Heart and Soul records Ali’s memories of how that first KSA Reunion came to be. 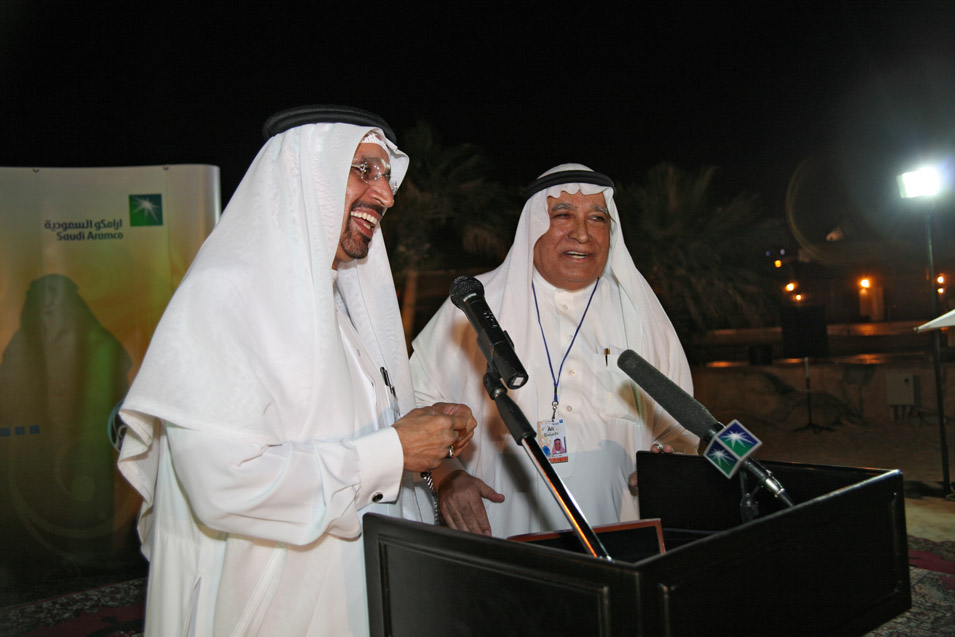 Ali with Khalid Al-Falih at the 2009 KSA Reunion.

A Lifetime of Friendships

While attending the 1998 reunion in Scottsdale, Arizona, I was approached privately by a number of annuitants, led by Doug Rines, who asked me, “Ali, how soon before a retiree reunion can be held in Saudi Arabia?” Pleased at their interest in returning to the Kingdom, I thought quickly, made an executive decision, and came back with a favorable response. Later that weekend, I made an announcement to the larger group of reunion attendees that the first expatriate reunion, or “KSA Reunion,” in Saudi Arabia would be held in March 2000, and immediately everybody stood and applauded most enthusiastically.

Consequent to that announcement, the first thing I did upon my return to Dhahran was to arrange a meeting with Mr. Khalid Al‑Falih, then Saudi Aramco’s Senior Vice President of Industrial Relations. I presented to him the idea of holding an expatriate retiree reunion within the Kingdom and he immediately approved the idea. He called Mustafa Jalali, Vice President of Public Affairs, and asked him to set the process in motion. 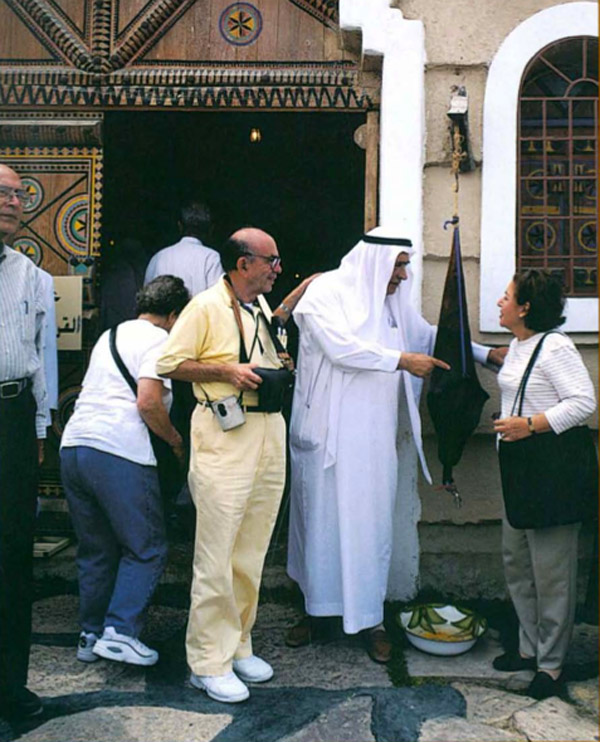 The following week, I met with two local businessmen who were also good friends, Abdul Aziz Al‑Turki and Abdul Aziz Al‑Turaiki, and shared with them the concept of the expatriate gathering. They also welcomed and appreciated the notion. As they were close friends of the Deputy Governor of the Eastern Province, Prince Saud bin Naif, we called for a meeting with him too. He embraced the idea and warmly encouraged us to continue with our plans. He also agreed to persuade the Ministry of Interior to sponsor the visas for the visitors in order to more easily facilitate their participation.

It then became necessary to bring together an organizational team. It was important that this team include a mix of Saudis and expat employees, volunteers and local businessmen to start building a program for the event. 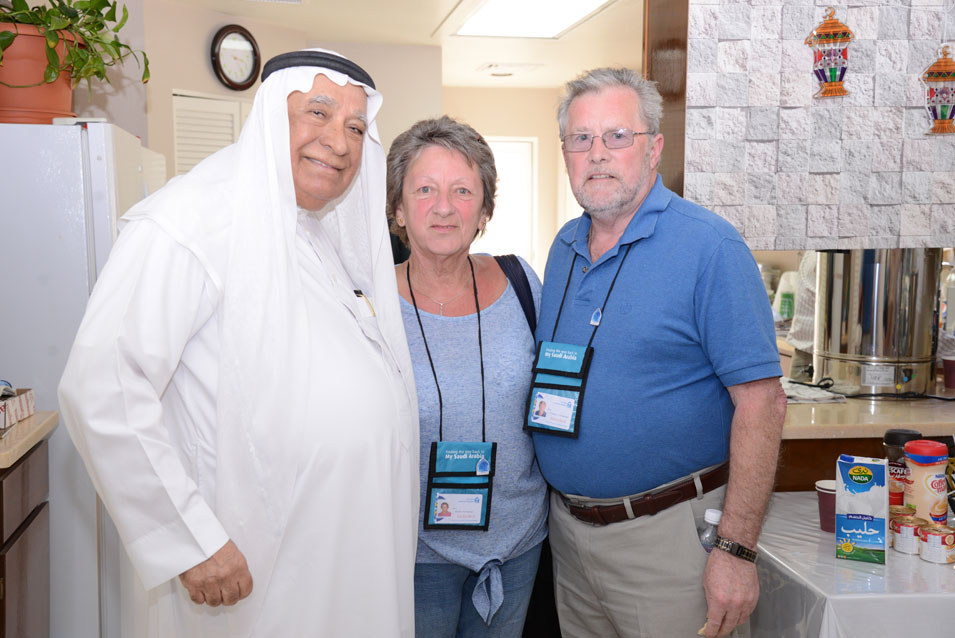 Ali with Eileen and Tom Henderson in the Reunion House, 2015.

Once we decided on March 11, 2000 as the official start date, we called for expressions of interest from the retirees themselves and began compiling a list of potential attendees. It did not take long. At that time, many tasks were still performed manually, and the retirees’ applications and registration fees were received by mail from their different countries of residence. I recall paying a visit to Saudi Aramco’s Nassir Nafissi and asking him to provide at least 600 gifts for the reunion attendees.

Securing visas became our biggest challenge. Soon after we had provided the list of the 400 interested retirees to Prince Saud bin Naif, the principal supporter of the event, he was reassigned as the Saudi Ambassador to Spain. Prince Saud took his administrative assistant, Mohammed Al‑Mutlaq, along with him, creating a problem for us in following up on the progress of the visa applications, as we no longer had an effective channel of communication into the office of the Deputy Minister of the Ministry of Interior. It then transpired that the “visa file” had temporarily disappeared, but it was difficult to call Prince Saud or his assistant to get help with locating it. 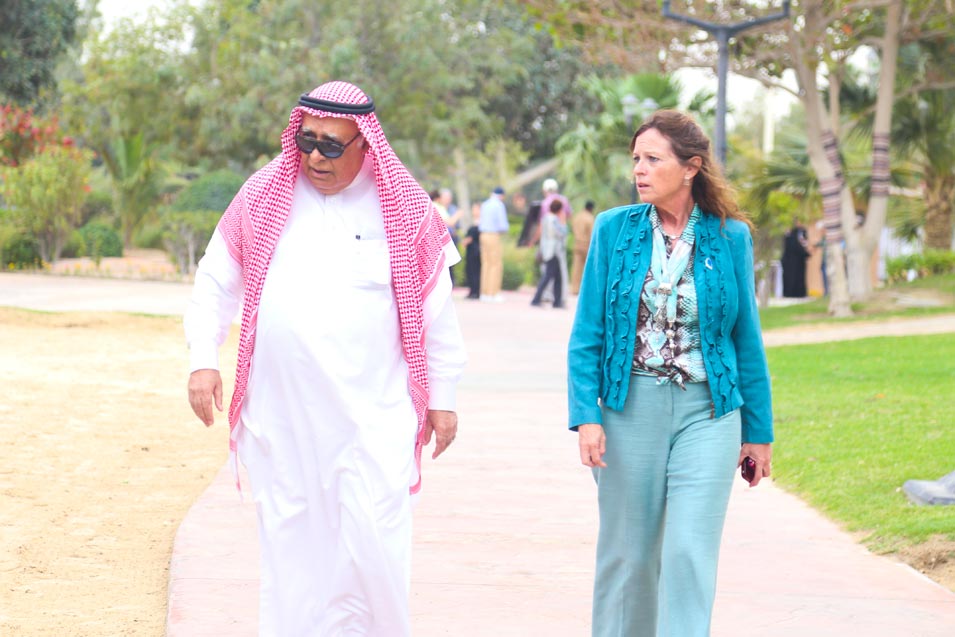 After two frustrating months of pursuing various departments at the Ministry of Interior, we managed to locate the file through the help of Saudi Aramco’s Manager of Government Affairs in Riyadh, who moved the file to the Ministry of Foreign Affairs. Once then-Crown Prince Abdullah bin Abdul Aziz approved the issuing of visas to the annuitants through Saudi Arabia’s global network of embassies and consulates, the Foreign Ministry then had to more directly inform and instruct all of the Kingdom’s consulates in the countries where the annuitants resided.

The retirees began applying for visas, cognizant that they had to pay the fees themselves. It was their responsibility to contact and then travel to the various consulates, but for some the experience was less than smooth, with a distinct lack of cooperation from consulate staff; applicants were frequently told that their names were not listed on the message from the Foreign Ministry. Fortunately for them and us, each name had also been assigned a serial number and a designated consulate on the original list. 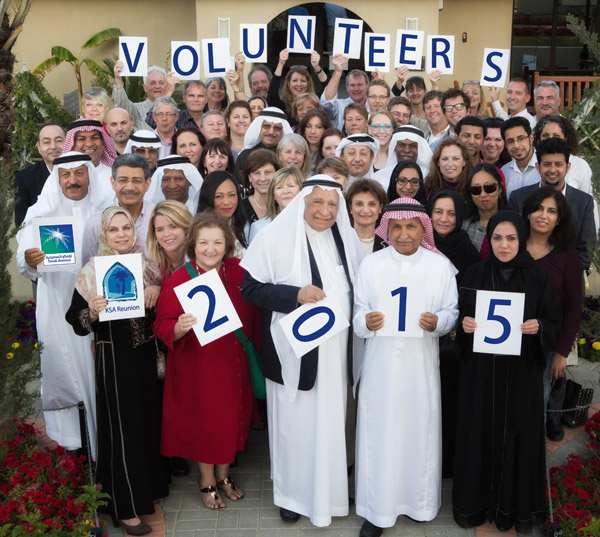 Volunteers posing for a group photo at the 2015 KSA Reunion.

It fell to me to call the Foreign Ministry and each of the consulates involved to ensure the names of the annuitants were on the correct lists, providing the serial number when necessary. This communication was all done through fax and landline. Consequently, the whole process of issuing the visas took a lot longer than expected.

These delays were disheartening for everyone involved, especially our planning team, who at times worried that some annuitants would be unable to make their historic journey back to Saudi Arabia. We did actually lose one team member in the process, but I was able to persuade the rest to continue on with the mission. Since this was the first reunion in Saudi Arabia, it was important to have a motivated team to invest the time needed to discuss and plan our potential program with the various interested organizations. 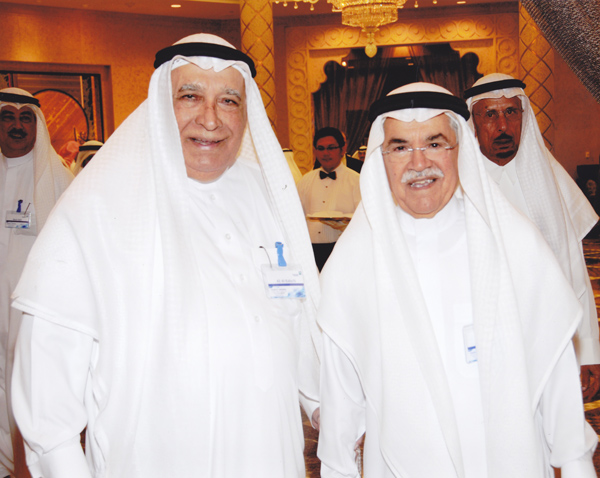 In the end, due to the visa hiccups, history was made on April 18 when the group of about 300 retirees plus a few brats joined us in Saudi Arabia for the event. Although we started several weeks later than anticipated, the overall feedback from attendees indicated that it was a huge success.

For me, the event was the realization of my long-held dream of being able to return the hospitality offered to me so generously at so many of the reunions I had attended in the United States. I was also incredibly appreciative and proud of the considerable enthusiasm we had been able to muster in support of this first official gathering on Saudi soil. I remember we also had considerable help from the 100 or so brats working for Saudi Aramco at that time.

Ali Al-Baluchi was born in Saudi Arabia soon after its unification. His life story is set against the backdrop of an Eastern Province and desert kingdom developing rapidly through decades of great change.