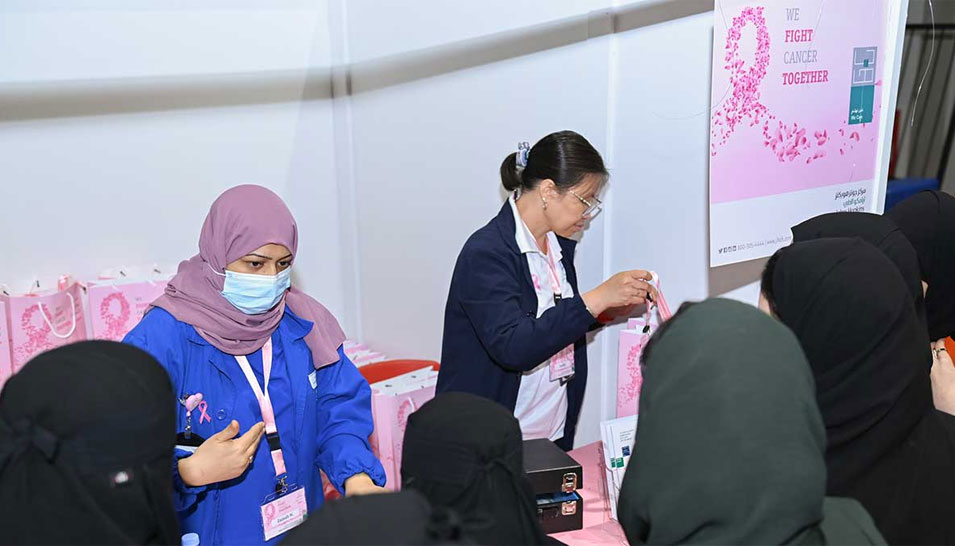 Aramco has continued its efforts to boost awareness of breast cancer and educate employees on proven protective measures.

Breast cancer is one of the most common cancers affecting millions of women every year worldwide.

It is well-known that raising awareness of the disease is essential for prevention, and that early screening can help detect and cure about 90% of cases.

Some 300 employees and trainees attended the awareness event in North Industrial Training Center, as part of ITD’s campaign.

It featured educational talks and advice from experts working at various medical facilities. 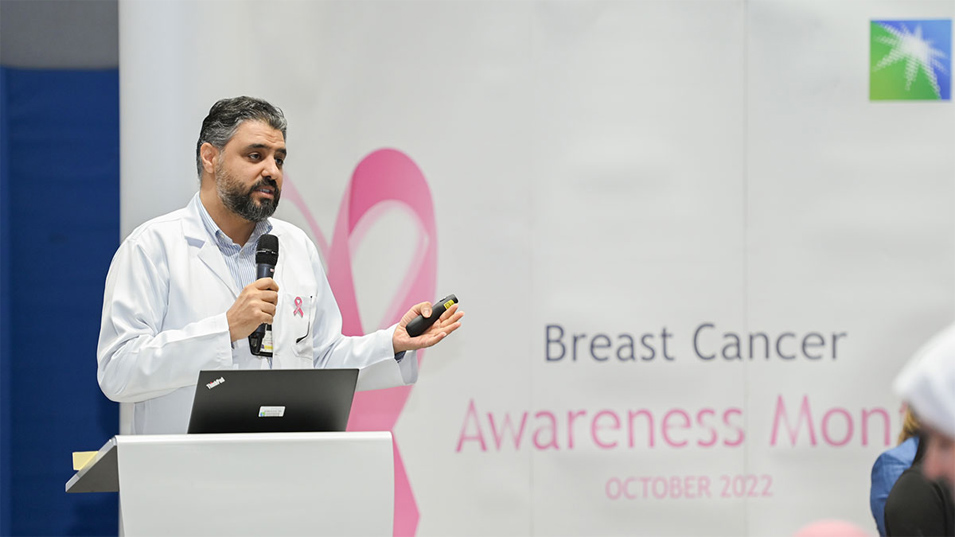 Dr. Abdulrahman Alshehri, a consultant medical oncologist in Johns Hopkins Aramco Healthcare (JHAH) was one of the keynote speakers.

One of the keynote speakers was Dr. Abdulrahman Alshehri, a consultant medical oncologist in Johns Hopkins Aramco Healthcare (JHAH).

He described the characteristics of breast cancer, its risk factors and the steps that can be taken to promote prevention.

The booths offered attendees’ advice on measures known to have a preventative impact against the disease, and also the coping mechanisms to help mitigate emotional impacts.

Aramco has consistently supported and led global well-being campaigns as part of its corporate value pillar of social responsibility and citizenship.

“Aramco is committed to the well-being of all, including our people here in Aramco, their families, and the community at large.”

Field compliance coordinator and organizer of the campaign, Ohoud M. Alali, highlighted the importance of the event.

“We are here today as part of an important worldwide awareness campaign to enhance knowledge of breast cancer among our trainees and staff, and to encourage early detection, and help them to learn more about its symptoms, and how we can protect ourselves against its dangers.”

ITD has participated in many health and safety campaigns, such as the safe driving campaign, and the smoke sensation program, but the Breast Cancer Awareness Campaign was their biggest and most successful yet.

Breast care nurse, Judith S. Guevarra, said, “The event was a well-organized and great event, and it’s a privilege that Aramco ITD is doing this and raising awareness in partnership with all the medical entities.”

“I have participated in many breast cancer awareness events, but this is the biggest one so far, with a well targeted group of mainly young ladies,” she added.