At a recent black tie ceremony held in Atlanta, Georgia on April 21st and sponsored by the College of Engineering of Georgia Tech, Dr. Zakiya Ayo-Zahra Seymour was inducted into their prestigious Council of Outstanding Young Engineering Alumni. This celebrated scholar and Aramco Brat began her academic career at Abqaiq Elementary School in 1985. She was forced to continue her education in the US after being evacuated in 1990 prior to Desert Storm. However, she returned to the Kingdom every summer to spend time with her parents, Cornell and Shirley Seymour. Although she was born in Georgia, she still continues to consider Abqaiq as “home sweet home”.

The summer she became a rising senior in high school, she returned to Abqaiq. During her visit, she was convinced by a very close family friend, Milton Woods, to attend his alma mater, Tennessee State University in Nashville, Tennessee. Milton and his wife, Diane had helped the Seymour family to adjust to life in the desert when they first arrived in 1980. Based on Milton’s recommendations, Zakiya, her grandmother Olivia and her dad visited TSU and immediately fell in love with the campus. After graduating from Woodward Academy in Atlanta, she enrolled at TSU in 1997 on a 4-year scholarship. While attending TSU, she achieved many accolades and obtained a BS in Civil Engineering, graduating summa cum laude.

After conferring with her mentor, Milton Woods, she moved to the New York area and worked for JP Morgan Chase & Company. After gaining some meaningful experience, she decided to return to school to begin her graduate studies. So after living on the East Coast, she decided to go out to the West Coast and enrolled at UC Berkeley. This also gave her time to spend with her paternal grandparents, who lived nearby in South San Francisco. She earned a Master’s degree in Civil Engineering. Soon after she began to look at various options: going back to work or continue to obtain a PhD.

By this time, her mother had retired from Aramco and Ayo’s native Georgia was calling her home. She decided to enter the Environmental Engineering PhD program at Georgia Tech. Back in Atlanta, she was surrounded by several of her “Georgia Tech Uncles” who had been classmates with her father, Cornell Seymour while he was attending Tech back in the late 60’s and early 70’s. She decided she wanted to do something worthwhile with her graduate work and went to study at the Stellenbosch University near Cape Town, South Africa. There she learned the local dialect of the South Africans living in townships in order to ensure that her research data was accurate concerning sanitary waste treatment.

She spent one summer working on the staff of the White House Office of Science and Technology Policy during the Obama Administration. As a result of her diligence, she received an additional Master’s and her PhD in Environmental Engineering from Georgia Tech in 2013.

She is currently serving as a senior project manager for Jacobs Engineering, where she coordinates and executes a variety of large scale projects for their municipal and industrial clients. In addition, she is responsible for student recruitment and the sponsorship of senior capstone projects and symposiums. She also coordinates multiple annual service events for Jacobs. In addition, she serves with her father, Cornell, on the Georgia Tech Black Alumni Organization History Committee. She has her Six Sigma Black Belt certification and is a Licensed Professional Engineer. 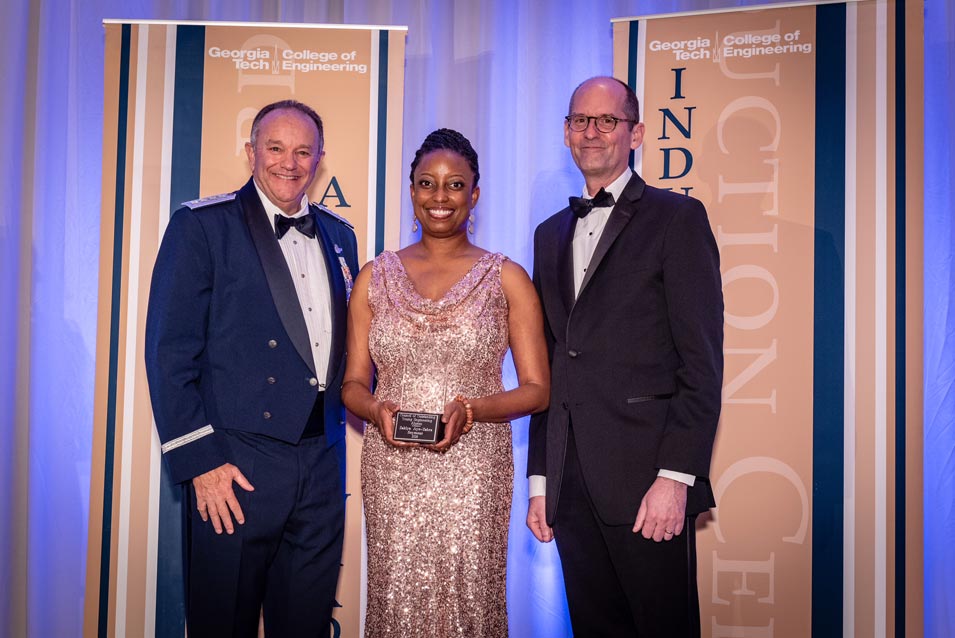