Diving the Red Sea: Vignette from 'Tales from the Desert: An Arabian Memoir' 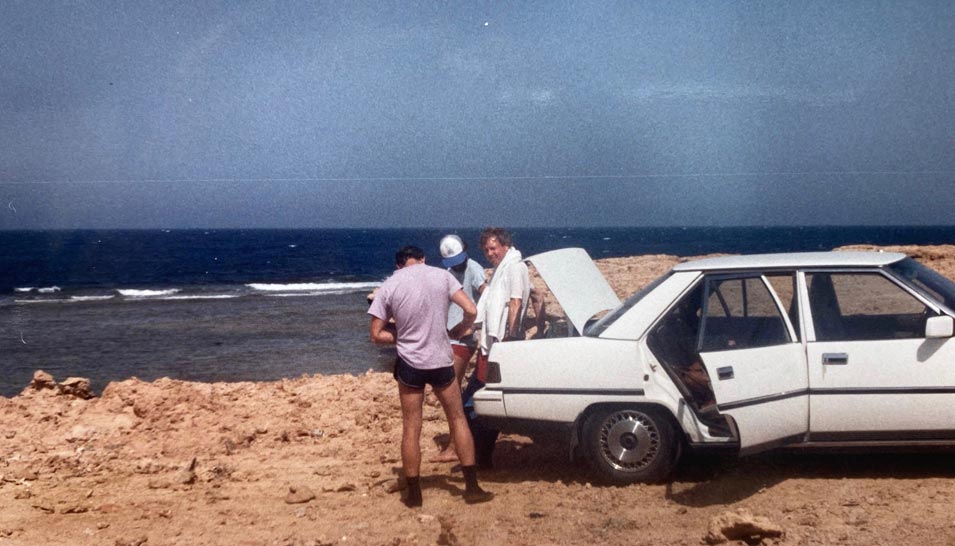 One of the many benefits of working for Aramco in the diving sense at least, was that we could freely use company aircraft to fly across the country to the Red Sea coast at Yanbu which, similar to the town of Jubail on the Gulf coast, had been transformed from a quiet fishing village into an industrial city with a deepwater port. As I mentioned earlier, T.E. Lawrence had stayed for some time in Yanbu, or Yenbo as it is spelt in his book, ‘The Seven Pillars of Wisdom’. He rested there while taking part in the Arab revolt against the Turks during the First World War, though the old house in which he stayed had long since disappeared.

Aramco had daily flights to Yanbu which took two hours from Dhahran. If seats were available, then employees who were not travelling there for work purposes could book any spare seats free of charge. Outbound flights from Dhahran to Yanbu were generally fairly empty at the weekends. For a weekend of diving in the spectacular waters of the Red Sea, a Wednesday evening flight was the best option with a Friday afternoon return. Not only could you book a seat, but heavy equipment such as tanks and dive bags with all the other heavy diving paraphernalia were easily accommodated on the company’s Boeing jets which operated on this route. 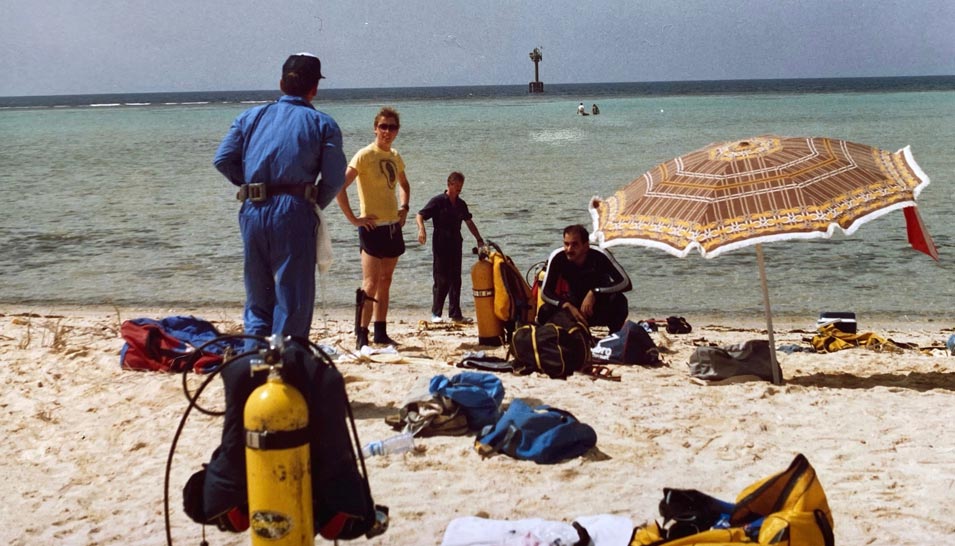 Air tanks of course could only be carried empty, but this was no problem as they could be filled, also free of charge, at the company’s Gas Plant in Yanbu. This would be the first port of call after picking up a hire car from the airport. Accommodation could be found at either the Holiday Inn or the Hyatt, hotels which had both opened during the past couple of years.

Amazingly pristine coral reefs ran virtually the entire length of the Arabian shore from the Gulf of Aqaba in the north, all the way down to Yemen in the south. The reef was punctuated only in two places by the dredging and where explosives had been used at both Jeddah port and more recently in Yanbu, to destroy the reef and allow for the construction of deep water port facilities. 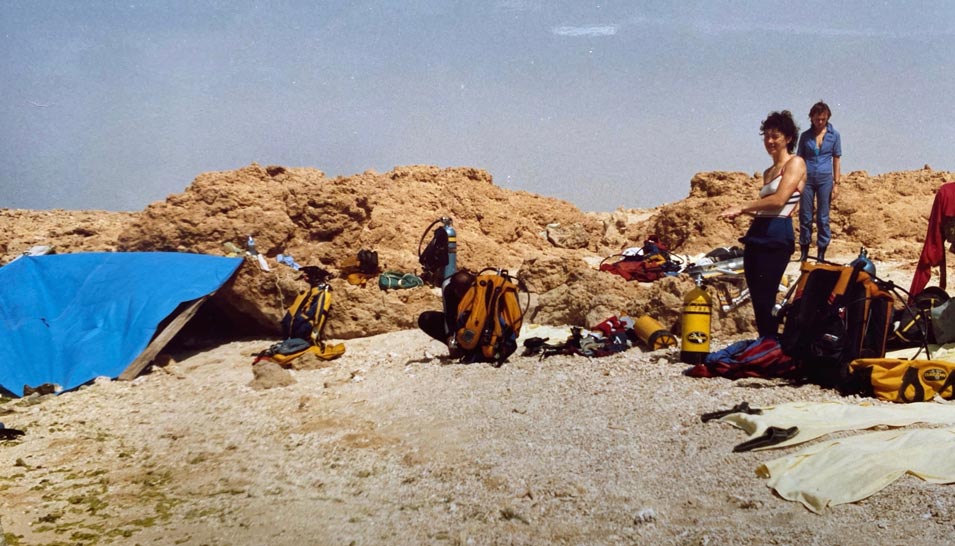 Although the Red Sea is comparatively narrow, it is very deep and unlike the Arabian Gulf, the water stays at a virtually constant temperature all the year round. This has resulted in a proliferation of coral and other marine life unable to tolerate major differences in temperature.

The favoured dive site within relatively easy reach, was about thirty miles north of the burgeoning city out beyond the cement plant. Unattractive though this sounds, it did at least have a kind of road which even non- 4WD cars could negotiate. Once the cement plant was out of sight you passed through a small coastguard checkpoint after which you could basically pull up anywhere in order to enter the sea. 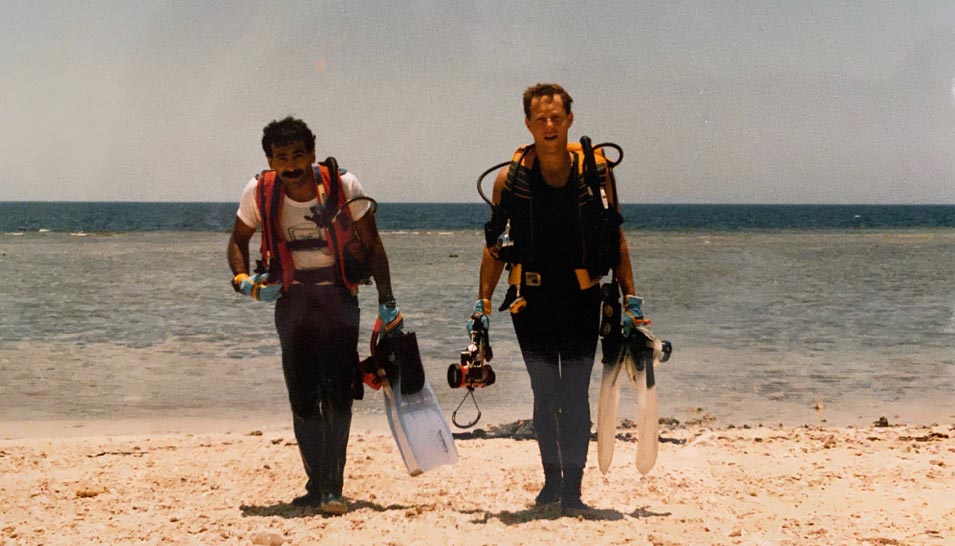 Emerging from the depths.

Entry into the sea however was not so easy. There were no gently shelving sandy beaches here, instead the shoreline was jagged rocks and coral with wading required through shallows in order to get to the reef drop off. The walk was difficult enough, but made all the more so due to wearing heavy diving gear, flippers and air tanks. Only the wearing of thick rubber dive boots made progress possible over the rocks lying just beneath the surface.

The distance from the shore to the drop-off, which resembled a cliff face, varied from fifty to one hundred feet. In some places there were holes in the rocky floor, sub-aquatic caves, some of which were large enough to descend into and which then allowed the diver to swim out underwater to an opening in the reef face. The first glimpse of the open blue sea when exiting one of these submarine caves was nothing short of phenomenal. I thought that the waters of the Arabian Gulf were clear, but this was on another level altogether. The brilliant colours of the coral and the amazing variety of marine life were truly breathtaking.