Behind the Sand Curtain 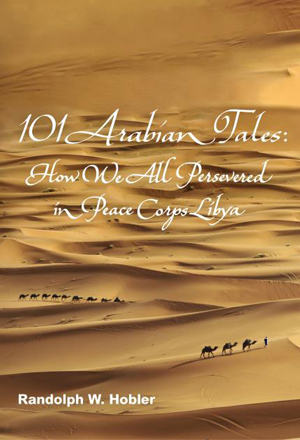 Saudi Arabia and Libya share a lot in common: camels, heat, a conservative Islamic culture and most of all--a lot of sand. They are also two Arabian countries where former Peace Corps volunteer Randolph Hobler lived and worked. In Riyadh, he consulted with the Ministry of Education, as an ombudsman, saving them $400 million on foreign projects. In Libya, he served as a 5th grade English teacher, living in the Jebel Nefusa mountains 85 miles south of Tripoli, in a Berber village with no running water or electricity, named Al Gala. (For a hilarious Berber counting story in the book, see Hobler’s video on his home page at www.101arabiantales.com.)

He kept a diary in both places. This diary served as just one part of his just-published book, 101 Arabian Tales: How We All Persevered in Peace Corps Libya. Two things stand out uniquely about the book. One is, unlike all the other individual Peace Corps books published to date, this is a collective memoir. Hobler interviewed 101 of his fellow Libya Peace Corps volunteers in-depth, lending a detailed kaleidoscopic breadth and depth to the book. Also unique is 220 carefully curated photos that are placed right in the narrative where they belong. (The book is available from Amazon in paperback and Kindle form.) 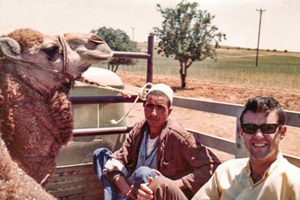 The book has received rave reviews from authoritative sources (more on the website), such as this one from former Ambassador to Equatorial Guinea, Cameroon, Madagascar and Comoros, Niels Marquardt, who was also a Peace Corps volunteer in Zaire and Rwanda: “Randy Hobler has written the best memoir of a Peace Corps experience that I have ever read. His amazingly detailed book instantly grips the reader by putting Libya in its properly rich and unique historical perspective.”

The stories in the book are deftly woven into the narrative, immersing the reader in the riveting challenges, triumphs, hilarities and poignancies experienced by a mix of dedicated English teachers from every corner of America. It’s an amazingly detailed chronicle of anecdotes, historical perspectives, fun, adventure and hardship. Hobler’s breezy, whimsical style is accessible and entertaining. 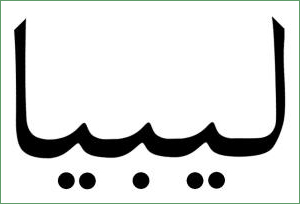 Libya is the only country whose name is a visual palindrome, reading the same left and right in Arabic.

More richness is added to the book via historical information, provided in an accessible form (A teaspoon of honey helps the history go down), as well as a series of amazing coincidences rolled in. Here’s one: “ I made friends with Marty Mueller (Brown), very bright and possessing a spontaneous sense of humor. Marty’s father, Rudy, had been a Lieutenant Colonel in the U.S. Air Force. He flew P 38s in WWII. He flew B 52s during the Cuban Missile crisis. He would periodically get new assignments. When Marty got accepted into the Peace Corps, he excitedly called home, only to find out that his father had just been assigned to Wheelus Air Base in Libya. “You can imagine my shock,” Marty recounts, “when I called my parents to tell them the news and they gasped that my dad had also just been assigned to the same country!”

Finally, the book relevantly weaves in fascinating unknown facts. For example, did you know that back in 1968, just when we arrived in Libya, Occidental Petroleum, while drilling for oil in the Sahara desert, found freshwater? A lot of water. As much water as in all the Great Lakes!