Bedouin Silver: Treasures from the Sands of Time 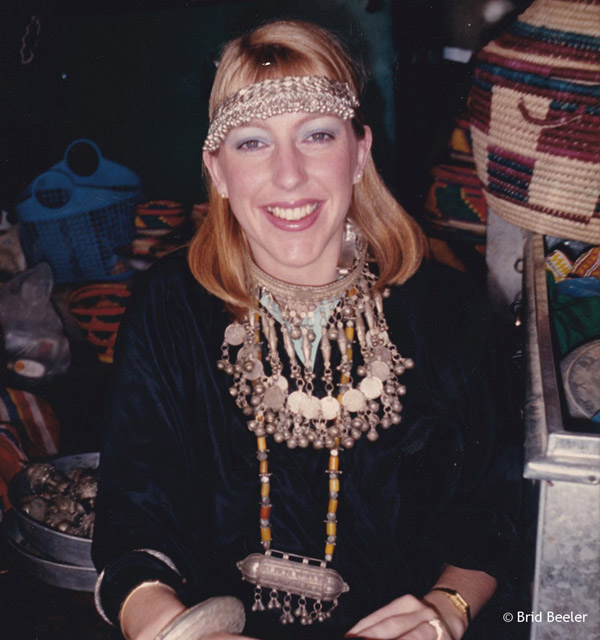 My love affair with the Bedouin silver jewelry of the Arabian Peninsula began with a weekend jaunt to the old souq in Riyadh in 1989. We parked in a dirt car park and trudged along a dusty track past stalls selling all manner of household goods and car parts before reaching an area where Bedouin women were selling jewellery.

Other than in Buraidah in the heart of the Nejd, and the villages of Abha and Khamis Meshyet in the Asir, one never encountered women selling silver on the streets. But here, in the heart of the capital, pitched up under a blue plastic tarp, were several women silver dealers, heavily laden in kohl with just their eyes to be seen and their hands stained with henna and rings on their toes and fingers. Like an Aladdin's cave, their stall was a treasure trove of plastic bags awaiting to be discovered. What lay within was a mystery. Traditional woven baskets of the Asir with their leather bottoms and circular Kabsa mats used for serving food on the floor in the traditional manner were hung overhead or stacked one on top of the other. 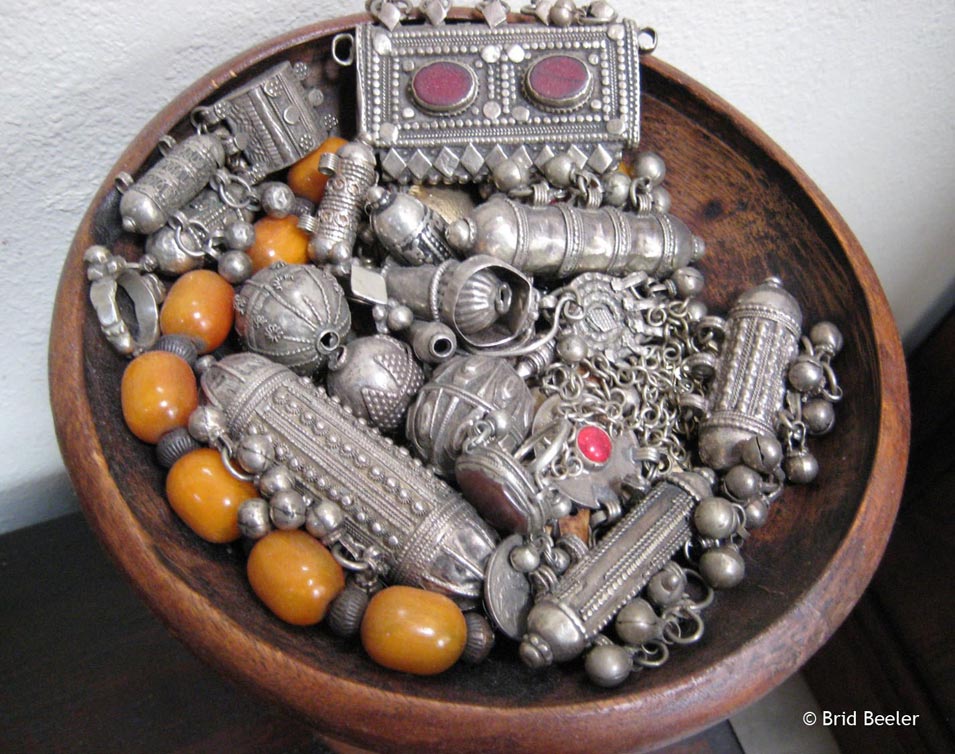 Over the following months and years, I came back often, and would sit there in the dirt facing the women with the sun beating down awaiting to see what would magically appear from the plastic bags. In those early on days, communication involved a lot of hand gestures. When my husband was along, the women always suggested he buy a camel stick to keep me in line. Or maybe it was the other way around, whichever, there was always lots of laughter.

Much of the silver appeared to be crude and roughly made from base metal. But, upon closer inspection, one would find some true gems. With time, interest, and great patience, I began to understand and learn about Bedouin silver. The Bedouin of the Arabian Peninsula wore their jewelry around their necks, in their ears, and often pinned on to their clothing. Ankle bracelets were common, rattling to ward away the jinn and snakes. Chunky arm bracelets, and the more the merrier, were also popular, as were silver pieces inlaid with turquoise which were woven into the hair.

Yemen was the land of skilled silversmiths who provided the bridal dowries for families in the Arabian Peninsula. If the dowery was not accepted, the prospective groom would return to the silversmith, who would melt down his work and begin all over again, this time adding an alloy to increase the volume of jewelry. While no longer pure silver, the resulting pieces retained value due to their intricate workmanship. 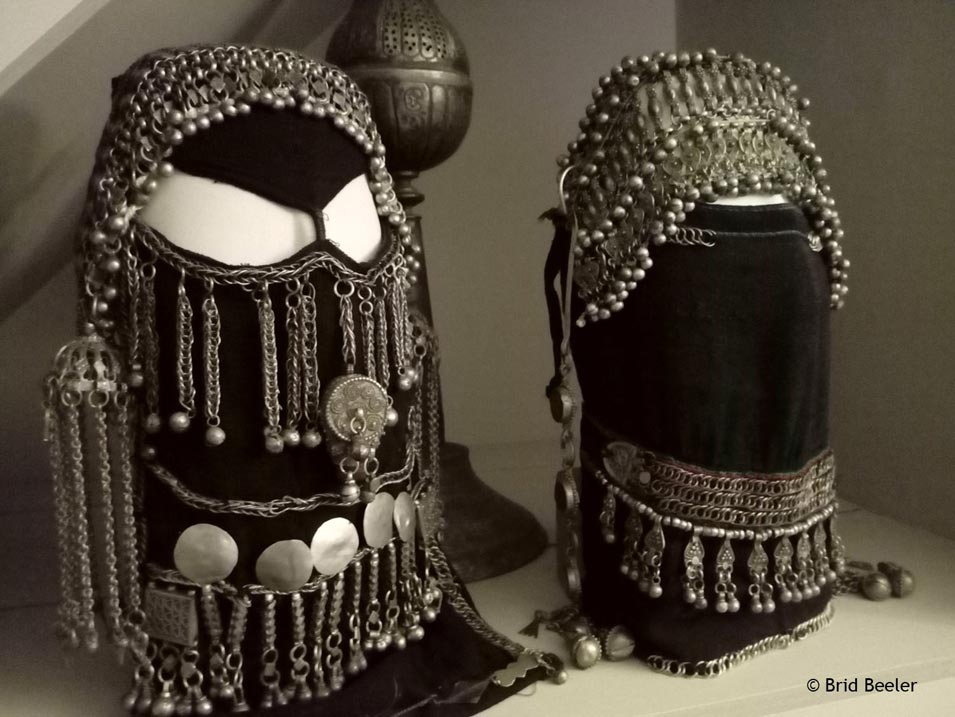 After years sitting with the women looking at their treasures, confidence slowly was built up and it became apparent that I was not going to accept broken pieces and was looking for jewelry of a higher quality in terms of workmanship and the variety of glass, turquoise, amber, carnelian, and cowrie shells used to adorn the pieces.

On one occasion, like winning the lotto, I found a real treasure...a face mask adorned with silver and with a piece to cover the nose. I never found another piece quite like it no matter how hard I searched in the intervening years. While it is obviously, not pure silver, it is a historical piece because tradition has it that when women die in the Arab world, their jewelry was never passed on within the family, it was sold in the souq as all women inherited jewelry upon their betrothal.

Today, sadly in my opinion, gold has become the jewellery of choice and most of the old pieces are gone, apart from museums and private collections. Nowadays, one most often finds old designs that have been reengineered and manufactured in Asia as opposed to the old original pieces. But happily, from time to time, one can still encounter traditional pieces that have made their way across the sands of time.