With a 100-plus-foot-high Linden Tower Crane, the company began work on a new Dhahran office building in 1977. 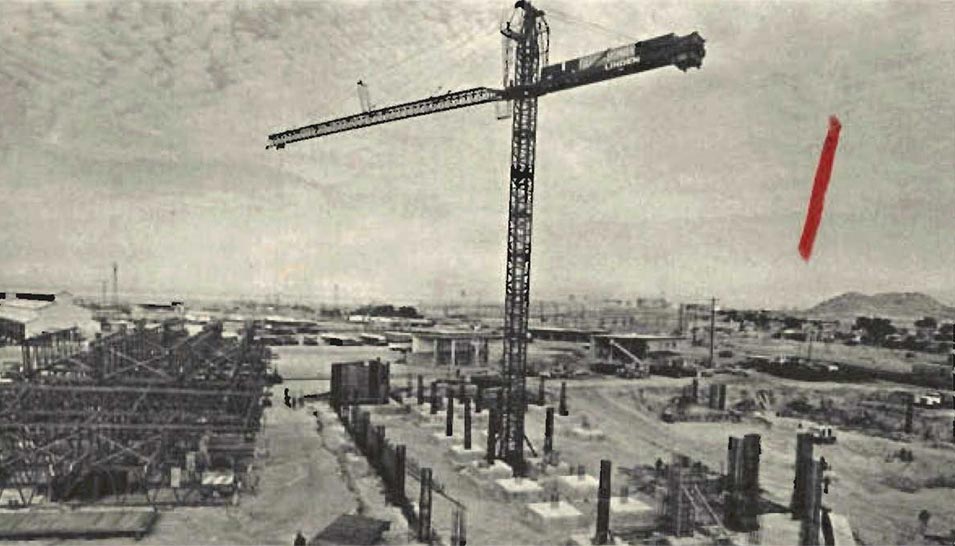 The Linden Tower Crane, center, lends a strong arm to the construction of the north wing of the new Dhahran office building.

Dhahran's future new office building, a few months ago only an architectural rendering on a drafting table, is now steadily rising into view over the fence of the construction site, about 75 yards west of the present administration building.

A central force behind the steady progress -- and recently a topic of conversation -- is the crane being utilized on the site: the 100-plus-foot-high Linden Tower Crane.

What makes the crane such an efficient one is the portable controls. Equipped with a harness, the control box can be operated while being carried or from a stationary position. Thus, the operator of the crane is free to move to any vantage point on the construction site.

“Always working at the level of construction, the operator has a more accurate judgment of both vertical and horizontal distance. And since he is working at the same level as the crew, he is able to keep a watchful eye on the operations.”

The north and south wings and a core containing eight elevators will encompass about 400,000 square feet of office and operational space. 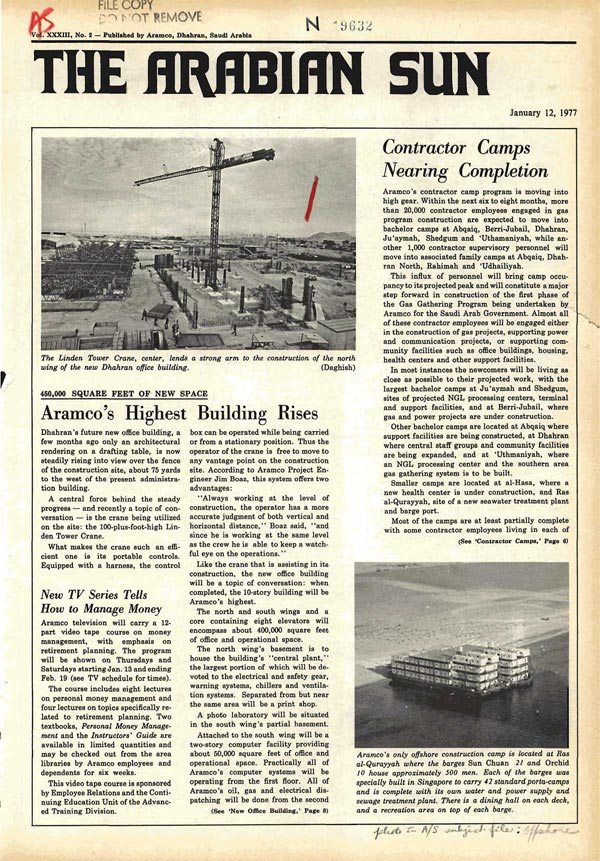