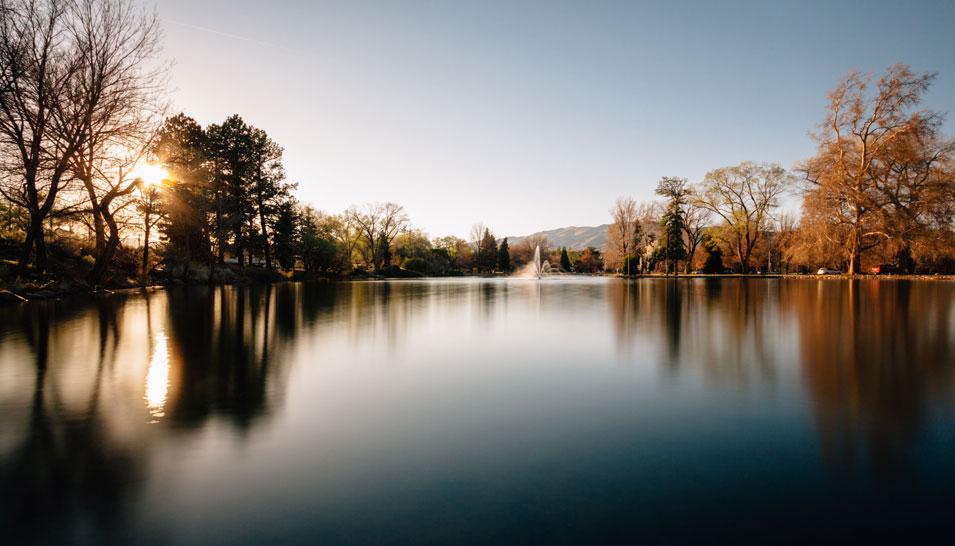 Like most Aramco annuitants, Andrew Guinosso has lived an active life since his retirement from his position in Management Development for the company in 2003 after 24 years of service. Today Andrew calls Reno, Nevada home. Recently he shared some of the details of his life in the Silver State with AramcoExPats.

AramcoExPats : What attracted you to working for Saudi Aramco and living in Saudi Arabia?

Guinosso : I first went to Saudi Arabia in May 1977 as a Senior Associate with Cresap, McCormick & Paget (CMP), a New York-based management consulting firm conducting an implementation project for Aramco's finance organization. I worked from May 1977 through December of that year on that consulting project. During that time, I worked on a special project for Mr. Ed Zinola who at the time was Senior Vice President, Services. After I returned to the United States, continuing to work for CMP in San Francisco, I sent a letter to Mr. Zinola in late 1978 and solicited his assistance in going to work for Aramco. I returned to the Kingdom as a newly-hired Aramco employee in March 1979. My first job with the company was serving as a Maintenance Engineer in the Maintenance Resources Planning Department, which was part of Mechanical Services under Mr. Robert Luttrell.

AramcoExPats : What is one of your favorite memories of Saudi Arabia?

Guinosso : I have many fond memories regarding Saudi Aramco and Saudi Arabia, both in the jobs I held and my involvement with several self-directed groups (SAEA, DTA, and DRRC), as well as two informal running clubs in Dhahran, the Dhahran Hash House Harriers and the Causeway Crawlers. The latter group, starting in 1988, ran in the Bahrain Marathon Relay every year. One year, we had as many as five 20-man teams running in that relay race.

I was very fortunate during my almost 25-year career with Aramco to work as an assistant for many vice presidents and senior vice presidents in the company. During my various assignments as an assistant to VPs, I had the opportunity to work on a number of high-level special projects that were significant improvements and strategic initiatives for the Company. All of these projects were very rewarding to me in terms of job satisfaction, as well as producing cost savings and enhanced operational results for the Company.

One of my most satisfying "ad hoc" jobs was serving as senior warden for the company during Gulf War I and Gulf War II. As senior warden, I was the single point contact for the company with the US Consulate in Dhahran. My primary mission serving in that capacity was to ensure that all warden messages from the US State Department were distributed to every American national working the company by the close of business on the day the warden message was received. My responsibilities also involved communicating with American women who were married to Saudi Arab employees. Initially, the warden messages were passed along by hand, but eventually the messages were sent electronically by using the company's email network. I could write an entire book on the stories that I remember from Gulf War I. That was an extraordinary time for the company and the company's employees.

AramcoExPats : What are some of your favorite hobbies in your retirement?

Guinosso : I have three favorite hobbies: fitness training, reading and writing. My fitness training is not as extensive today as it once was during my years in Saudi Arabia, but I continue to do weight training, stretching and walking in my retirement. I love to read and write. I wrote an ebook in 2010 that I titled "The ABCs of Personal Development"; this ebook is available through Amazon, Barnes & Noble and other online booksellers.

I have just completed a second edition that I have now re-titled as "The Success Playbook." I have three other ebooks that I plan to complete in early 2017. The tentative titles are "Speaking from the Heart," "The Arts of Communication" and "The Only Restaurant Start-Up Guide You Will Ever Need." This last title was prompted by starting and operating an Italian restaurant in South Reno with my business partner in 2012. We operated the restaurant for almost four years but had to close it in 2016 for personal reasons.

AramcoExPats : Did you attend the Aramco Reunion in 2016?

Guinosso : Yes, I attended the Monterey reunion in October 2016. It was a wonderful event that was hosted by Mr. and Mrs. Rob Petrie.

Guinosso : I have kicked off a project that I would like to complete in 2017 that is an anthology of stories that I plan to title "Chicken Soup for the Aramcon Soul." These stories by Aramcon expatriates are meant to capture what it meant to many of us to have worked in Aramco during the last 50 years or so. (Read Chicken Soup for the Aramcon Soul to learn more about this project.)

Readers can reach Andrew by email at:
[email protected]

View Andrew's eclectic collection of Asian furniture and objects d’art from countries, mainly in the Far East, but also items from the Middle East and other parts of the world at The Asian Antiquarian.