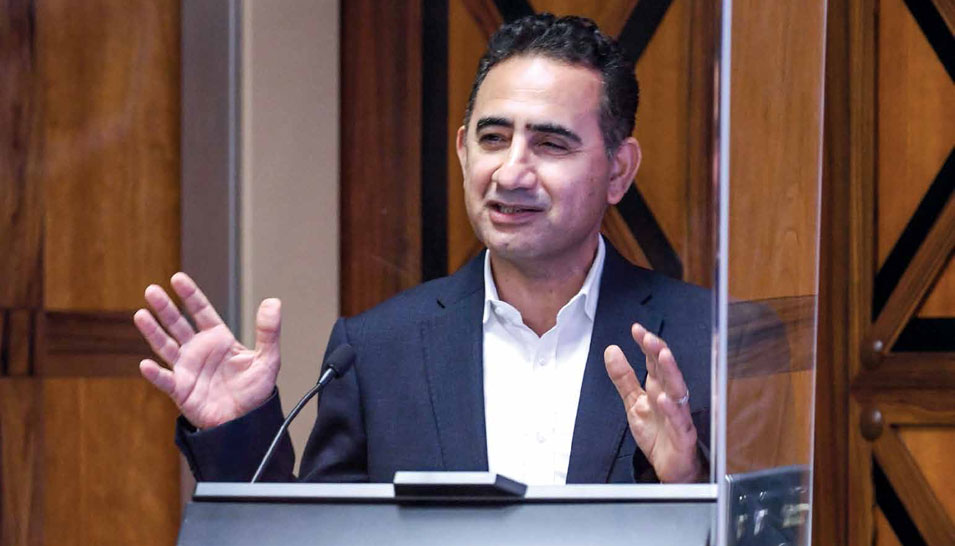 "It gives you a sense of pride because of its achievements. THe sense of being part of Aramco's achievements is something I am very proud of."

With more than 30 years of experience in the oil and gas industry, Said A. Al-Hadrami is retiring as vice president of Retail and Lubes Development.

Al-Hadrami, who was honored at an event attended by Saudi Aramco president and CEO Amin Nasser and other members of management, spoke of his pride of being involved in “the company family.”

“Being associated with Aramco is something that is big for any one of us,” he said.

Al-Hadrami further spoke of the remarkable dedication Aramcons show to their work and company, something he said is unmatched despite the numerous challenges the industry faces.

As part of his work over the years, Al-Hadrami led major investments in North America, China, Malaysia, India, Indonesia, Korea, and Japan, working in refining and retail to expand the company’s downstream portfolio, as well as developing and executing Downstream strategies that have helped the company succeed globally.

Through the years, he served as president and CEO of a number of downstream companies, both in-Kingdom and around the globe. He has also been chairman of the board for Aramco Overseas Company, Aramco Service Company, and Saudi Aramco Total Retail Company, and served as a board member on a number of other corporations.

He has also participated in key negotiations, helped create organizations to oversee and coordinate global investments, and played a key role in negotiating a number of domestic joint ventures, including Petro Rabigh.

Al-Hadrami is a graduate of King Fahd University of Petroleum and Minerals, and continued his management training at Harvard University.

On retirement, Al-Hadrami said: “It’s a boxer’s retirement — boxers hang their gloves up for a few weeks! It’s good to end your career on a high note and that ’s what matters to me. It’s all about contribution and applying what you learned for the past 30 years, to your family, your community, and to the Kingdom. I’m really looking forward to using that knowledge for the future.”

He plans to spend time enjoying his fishing and dedicating time to his family.