Al-Ayyam Al-Jamilah is a twice-yearly magazine distributed to retired employees and adult children of the Saudi Aramco Enterprise. Much of the content is compiled from letters, articles, news clippings and photos submitted by its readers. The magazine often includes historic photos that shed light on life in the Saudi Aramco community during the early years. It also includes articles prepared by retirees touching on their past and the company's history. One issue features the Saudi Aramco Annuitants Reunion, held every other year since 1958. Other retiree reunions and gatherings are also covered.

Jennifer Simpson, right, and leading Saudi diver Nouf Alosaimi celebratedPADI Women’s Dive Day with 22 other female divers in the Red Sea north of Jiddah in July. The worldwide event coincided with two other 2019 landmarks for Simpson: the40th anniversary of earning her PADI Instructor certificate in Dhahran; and her 70thbirthday. Photo by Shoug Al Saud. 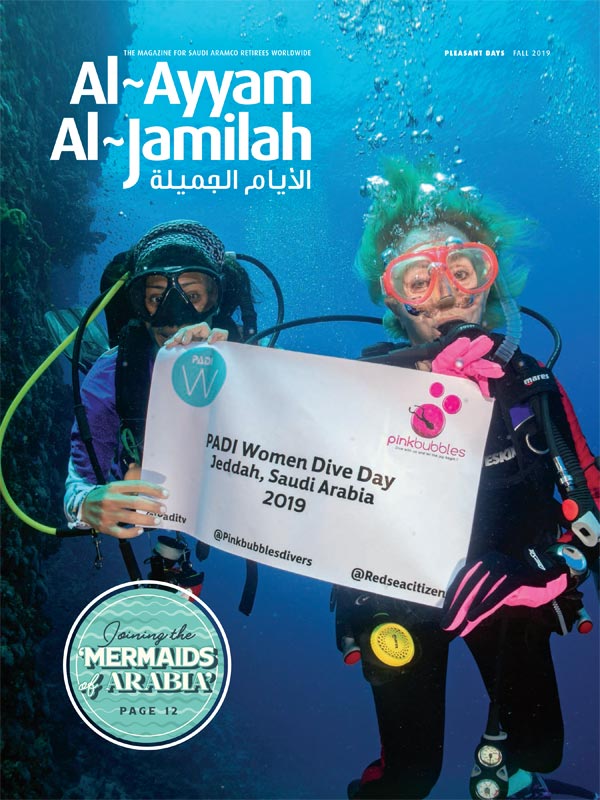