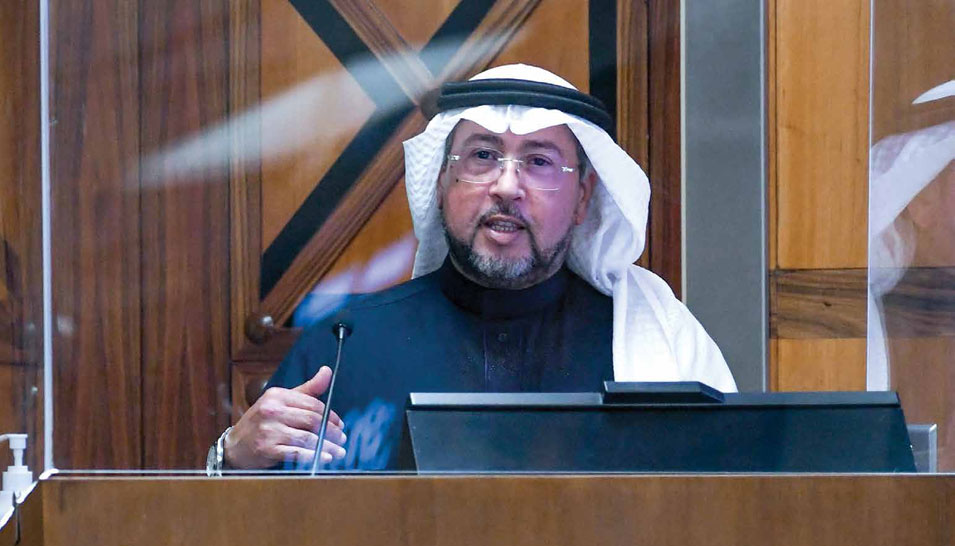 "It's a sweet spot to get off the boat and allow someone else to join. The company is always in a process of change and transition; it has never been a cruising boat, and it will never be."

Vice president of New Business Development (NBD), Mohammad I. Al Assaf, is retiring after 36 years with the company.

Al Assaf was honored by Saudi Aramco president and CEO Amin Nasser and other members of corporate management at a recent ceremony in Dhahran.

Prior to leading NBD, Al Assaf served as vice president of Pipelines, Distribution and Terminals (PD&T).

Al Assaf joined Aramco in 1985 after obtaining a Bachelor of Science degree in Chemical Engineering from King Fahd University of Petroleum and Minerals.

During the course of his career, Al Assaf completed a number of leadership development programs, including the Senior Executive Program at INSEAD.

From 2009 to 2016, until his appointment as the vice president of PD&T, Al Assaf served in various leadership roles in Oil Supply Planning, Corporate Planning, and the Strategic Transformation initiative. He also led Gas and NGL Planning and Domestic Marketing from 2006 — a position he held for almost three years.

Al Assaf’s company experience spans the Upstream and Downstream sectors, and he has served or acted as a manager for a number of facilities.

In reflecting on a rich career, he described as a colorful tapestry, Al Assaf said: “This is a lifetime job that we took, so Aramco means everything. It took me from being a fresh graduate from college into working life.”

He spoke of the great opportunity of having worked in a wide array of positions, and said he believed the appointment as NBD vice president brought all of that experience together.

“It seems that everything was destined to be this way for me, because the jobs that I held were always preceded by the right experience,” he said.

Al Assaf was philosophical on retirement, which he called simply a destination.

In retirement, Al Assaf looks to spend quality time with family and relieve his wife from the hard work and responsibility she has bore throughout his career. “She was my true partner, and she was singlehandedly behind my success,” he said, adding that he also plans to spend more time with his children, as well.