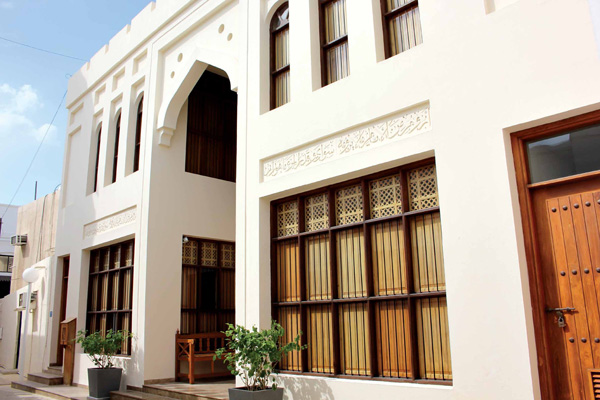 Exploring the island nation of Bahrain means venturing between two contrasting realities: The futuristic modern architecture and the ancient fortresses by the sea. On an island so attentive to modernity you would never expect to find in the downtown alleys the beauty of dwellings from the past.

You need to reach the ancient capital of al Muharraq, the third largest city, which at the beginning of the last century was the center of major public projects. Its history is strewn with different civilizations.

Over the past decade, the Shaikha Mai bint Mohammed Al Khalifa restoration project has brought back to life the district’s traditional houses, each dedicated to an aspect of the country’s cultural heritage. Some of them have retained their original functionality, while others have been converted to new purposes.

Reaching the area of al Muharraq, traditional Islamic houses hide in narrow, winding lanes where the color white dominates all around. Check out these houses, which are also part of the Pearling Path, a U.N. World Heritage site, and worth exploring on foot. It has become an ideal setting for a break, where you can spend time chatting or enjoy a good cup of coffee. But, above all, the area has acquired a leading role in the cultural life of the country.

The descriptions of some buildings belonging to the Muharraq project are interesting, because they tell individual stories. 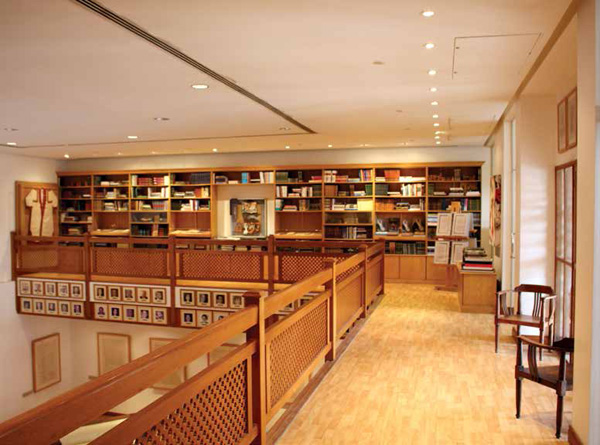 A Fine Example of Gulf Architecture

The former residence of ruler Sheikh Isa bin Ali Al Khalifa is a fine example of Gulf Islamic architecture, where you can see inner courtyards, traditional porticoes and wall carvings. The chief sitting room downstairs was kept cool in the summer by the downdraft from the badqeer, or wind tower, the shutters on which could be closed in the winter. 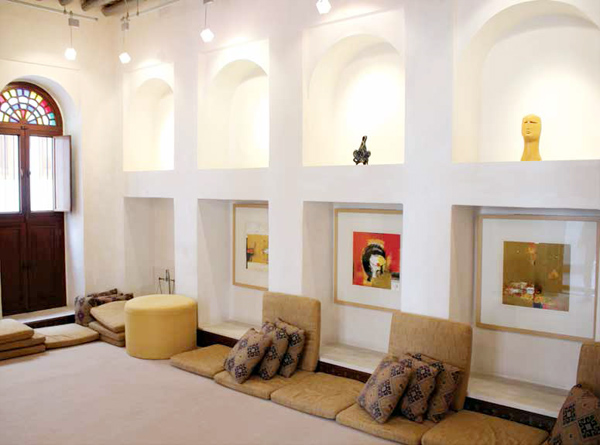 A Mission of Conservation, Interpretation

The House of Architectural Heritage combines a mission of conservation and interpretation of architectural heritage with a new inclusive approach to the idea of exhibition space. Leopold Banchini Architects gave it retractable glass walls that open up to the surroundings. Noura Al Sayeh Holtrop and Leopold Banchini designed the architectural archive and exhibition space for an empty site in the city known for its dense urban fabric and traditional Bahraini houses. The house hosts the archival collection of sketches and drawings by the architect John Yarwood, as well as serving as an exhibition space. Rather than imitating the local vernacular, the project team decided to introduce a contemporary architectural expression that reflects the city’s constant evolution. 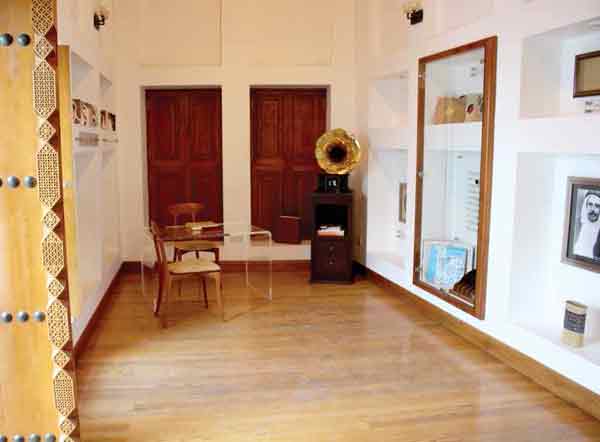 The Abdulla Al Zayed Press Heritage House is the house of the founder of the first weekly newspaper in Bahrain and the Gulf, Al Bahrain, which was launched in 1934. This magnificently renovated house contains old copies of magazines, newspapers, and some interesting correspondence. An annex housing books and other documents features a spectacular triple-volume brass wall that glistens under a modern skylight. The effect is inspiring.

The Dying Art of Kurar Embroidery

The Kurar House was established to preserve the unique but dying Bahraini art of Kurar embroidery. Kurar is a form of embroidery using a golden thread. The building provides a venue for elderly Bahraini ladies to pass on the art of the Kurar to younger generations.

A Place of Dialogue with Culture

Nestled in the heart of al Muharraq is the Shaikh Ebrahim bin Mohammed Al Khalifa Center for Culture and Research. The Center was founded by Shaikha Mai Al Khalifa as a place of dialogue with Bahraini culture. Shaikh Ebrahim was the first intellectual to establish a cultural majlis, or council, in al Muharraq. On Monday nights, you can see artists and intellectuals gathered here for lectures and performances in a state-of-the-art auditorium.

A visit to al Muharraq gives the tourist the opportunity to dive into a past that is not only elegantly revived in new architecture, but also present in the story that speaks of the view lived by and in the buildings.