A Place of My Own: Vignette from 'Tales from the Desert: An Arabian Memoir' 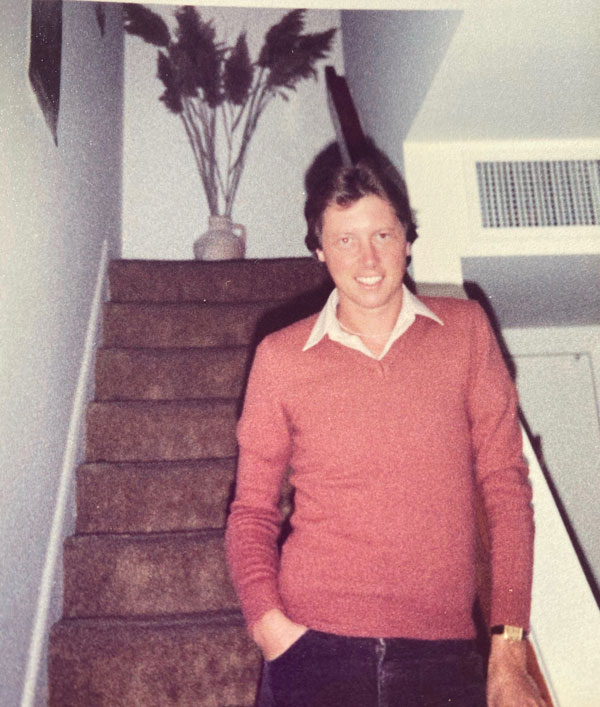 At home in Dhahran Hills

Housing was segregated into ‘Family Housing’ which were typically three, four or even five bedroomed dwellings and quite naturally reserved for those employees on family status with children. For someone on bachelor status like myself, there was a variety of dwellings available which had some rather strange names.

The smallest of these were called ‘efficiencies’ which everyone dubbed ‘deficiencies’, there were also ‘windmills’ - so named because they were four dwellings attached to each other which, from the air, allegedly resembled a windmill sail. Other types of houses were referred to by the square footage of each - there were ‘500 units’, ‘670 units’, ‘700 units’ and ‘900 units’. Regardless of the size, they would typically be either one, or two storey, single bedroomed townhouses with a kitchen and reception room downstairs. 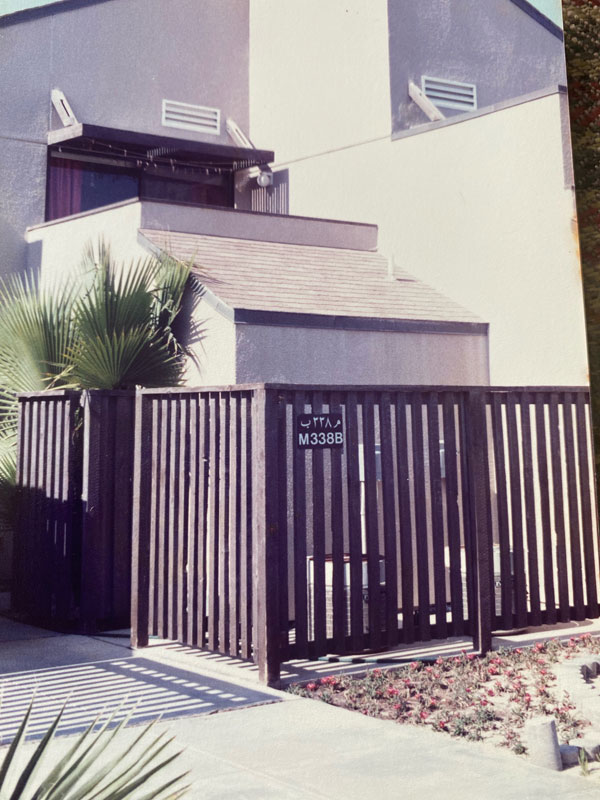 M338B My house in Dhahran Hills

The method by which such moves were facilitated was via the housing list, posted every week in the mail centre. This list was in two parts; the available houses together with a description and location on one side and on the other, the list of people requiring permanent accommodation with their respective number of housing points. Employees would study these lists keenly to see what houses had become available and just as importantly, whether their housing points would be sufficient to give them a realistic chance of successfully bidding on any of them.

Grade code was a major factor in determining housing points and people could move up or down the list, as it was not solely related to length of service. If the company had recently hired a number of higher grade code employees, the existing employee might find him, or herself, lower down on the list than before. It made for exciting and often frustrating reading for employees seeking to move out of temporary accommodation, or indeed for employees who had been there a while, looking to find more expansive accommodation.

After weeks of looking, I eventually saw a two-storey, 700-square-foot unit in Dhahran Hills which lay on the other side of the golf course from the older part of camp, where I had been living in the temporary house. It was exactly what I was looking for and might possibly be attainable even with my modest points tally and so I duly submitted my bid. I received a call from the housing office a week later and was informed that the house was mine and that I would be able to move in a couple of weeks' time after it had been cleaned and repainted.

Furniture - beds, sofas, tables and lamps, etc. could be viewed and ordered at a notional rent from the company’s furniture warehouse. There was also a choice of carpet colour as all permanent houses were completely re-carpeted every time a new occupier moved in. I visited the warehouse and made my various selections. Within a week I had the keys and completed the handover. At last, I had a place of my own.