A Little Girl from Natoma, Kansas - “A True Story” 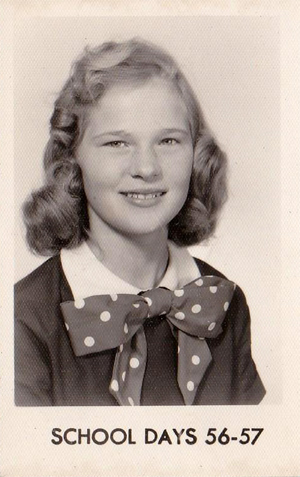 Dorothy attended school in Natoma. She distinguished herself as a good student who always had a smile on her face. Basketball was her favorite sport -- and she was a pretty good player. She also played the clarinet and the trumpet in the school band and was a cheerleader. In addition, she read every book in the school library at least twice. (She must have known something?!) Upon graduation from Natoma High, Dorothy attended Fort Hays State University in Hays and graduated in 1966 with a Bachelor’s degree in Education. In 1978, she also completed her Masters in Science at Fort Hays. She was the first child in her family to attend college. Throughout her college years, she worked at the campus bookstore, babysat for a number of professors and was elected as an officer in her sorority.

She married during her senior year of college and after graduation moved to Connecticut with her husband. While in Connecticut, the newlyweds lived in the carriage house on a large estate owned by J.C. Higgins, the manufacturer of Sears products. During the five years they lived on the estate, Dorothy and her husband both taught school and had two children. Dorothy’s world revolved around her children: Kristi and Daniel. One Sunday morning, Dorothy and her husband discussed their future dreams. They concluded their primary desire was to see the world: “The Whole World!”. This seemed like an impossibility for a young couple with very little money, big dreams and two children. Their only guidance was Ralph Waldo Emerson’s motto: “Be careful what you set your mind upon for that is what you shall achieve.”

A year later, Dorothy and her husband were both teaching in a bilingual school in the Dominican Republic. Two years later, they were working for The Arabian American Oil Company - teaching school in Saudi Arabia.

During the subsequent six years in Saudi Arabia, Dorothy was one of the first teachers to be promoted to “Master Teacher” status. The transfer of her husband’s job to Houston, Texas, provided Dorothy the opportunity to continue her teaching career in the United States. In 1993, she was awarded the “Crystal Apple Teacher of the Year” award in Houston Texas – quite an honor! The “Crystal Apple” award included a two-year post-graduate scholarship. Dorothy particularly enjoyed returning to school - this time as a student.

A few years later, Dorothy retired at age 50 with the goal of traveling. However, she was soon back in the classroom. While visiting a job fair for teachers with son Daniel, Dorothy and her husband were enthused by a new opportunity. They signed a three-year contract to teach on the island of Saipan, one of three islands that comprise the U.S. territory of the Central Northern Mariana Islands. They joined Daniel and taught at Hopwood Junior High - the only junior high school on the island. 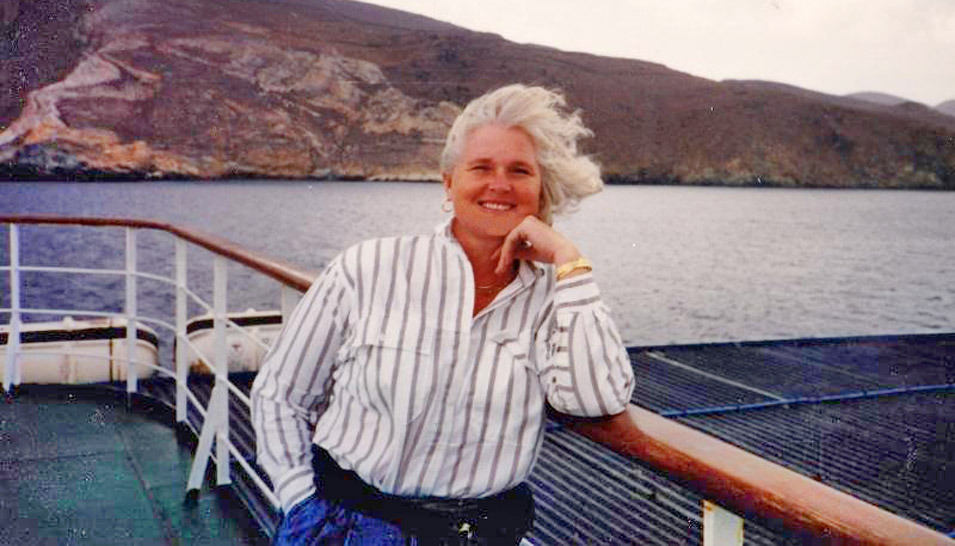 Dorothy was again named “Teacher of the Year” in Saipan. Kristi joined the family in Saipan and for a short time, all four McCarthy’s taught at Hopwood Junior High. It was a tough school, but the family all got along very well with the students and staff.

Throughout her full life, Dorothy visited over 150 countries, all 50 states and all seven continents. She is one of the few people on earth to successfully shop on all seven continents! Her travels varied widely: sailing in the Greek Isles, trekking in Nepal, driving across the U.S. in an RV, even exploring remote ports of call in the South Pacific. On one of her most memorable trips, she spent a brief amount of time in Antarctica. Dorothy embraced life. She taught at elementary schools in Newtown, Connecticut; Bonao, Dominican Republic; Dhahran, Saudi Arabia; Houston, Texas and on the island of Saipan. Her family and friends were treated to her superb cooking; she was always keen to try a new recipe. Dorothy also participated in a cancer research project at M. D. Anderson in Houston for over 30 years.

Dorothy’s kindness, thoughtfulness, beautiful smile and giving personality drew people to her. She touched the lives of numerous people she met along the way of her adventurous life: family, many dear friends, fellow teachers, and countless students. Her life was a true testament to “living life.” Her journey began with a solid foundation in Natoma, Kansas. Dorothy was a woman who could drive a tractor, bake a delicious three- layer cake or negotiate a rug purchase in a foreign country. Along with her true-companion husband, Dorothy lived a life filled with love, accomplishments, and exploration.

She will be dearly missed. Dorothy’s wish was to return to the location where it all started. She will be interned in the Natoma Cemetery.